Last night we watched the first episode of PBS Masterpiece’s outstanding historical drama about Queen Victoria. I found a lot of things to like in it from the historical background to the excellent acting and the gorgeous costumes. It was engrossing from start to finish and I look forward to the rest of the series. 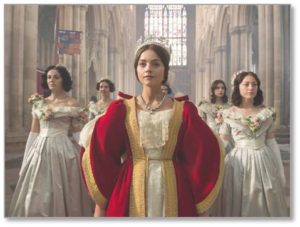 Jenna Coleman as Queen Victoria with her ladies at the coronation

One thing jumped out at me, however, and I’ve been thinking about it ever since. British politics probably puzzles Americans as much as our politics amazes our cousins across the pond. (Well, that balance may change a tad this year.)

When our son was in high school, we hosted an exchange student from England staying with us. While driving them to school one day I listened to NPR’s Morning Edition and the topic of discussion was the Monica Lewinsky issue. Simon paid attention and then asked, “Will Mr. Clinton’s government fall, then?”

My explanation of why that would not happen—even if President Clinton was impeached—must have given him food for thought about the two political systems. It certainly made me think about how different America’s government would be under a Parliamentary system.

So last night I watched as the balance of power in the British Parliament shifted from Whig to Tory in 1839 and Queen Victoria called the Tory Sir Robert Peel to form a new government. Reluctant to do so, he asked the queen to replace some of her ladies of the bedchamber, who were married or related to prominent Whig politicians, with some who had Tory affiliations. In what became known at the Bedchamber Crisis, Queen Victoria refused. Sir Robert Peel then declared that could not form a government because he lacked the confidence of the House of Commons and refused to become Prime Minister. 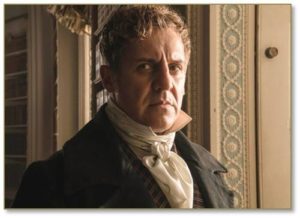 The Masterpiece program implies that this refusal by Queen Victoria to dismiss her ladies of the bedchamber was a clever ploy that she used to get Lord Melbourne, a Whig, to return as Prime Minister. Other historical accounts attribute the decision to anxiety, fearfulness or even petulance on the young queen’s part; This reflects, do doubt, each historian’s personal opinion. As an American, I found the whole situation astonishing.

The Assumption Behind the Politics

What surprised me about the Bedchamber Crisis was not the politics but the assumption behind the politics, because that’s the only reason a crisis could have existed at all. Queen Victoria regarded her ladies as her friends and allies. The politicians considered them extensions of their husbands and male relatives and thus political pawns.

My interpretation is that these politicians assumed Whig husbands and other male relatives would tell the ladies of the bedchamber—none of whom could actually vote—what to whisper in the queen’s ear. The queen—who also could not vote—would then accept and act on this second-hand “guidance.”  In the culture of the time, men saw women as weak, malleable, and obedient to their husbands’ wishes. They were useful idiots to use Lenin’s term, who could be used by clever men to turn the head of a young and inexperienced queen. Otherwise, why would the ladies of the bedchamber matter at all? 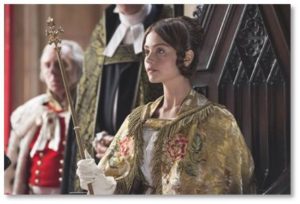 The women themselves were of no consequence, Whig or Tory. They served merely as conduits for the political manipulations of the politicians. As such, their personal beliefs, friendships, and ideas about what should be done lacked importance — if they were seen to exist at all.

Yet the new Tory government fell on the decision of one woman—Queen Victoria—not to treat her ladies of the bedchamber as impersonal brainless units to be swapped out when she was pressured to do so. Think about it: A government of men, by men, and for men thus became vulnerable to the most powerless players in the whole drama—the women.

Here in America, a bedchamber crisis usually involves a man who can’t keep his pants on and either a mistress or a woman of loose virtue. This applies to Presidents of both parties. President Bill Clinton was impeached not for having sex outside marriage but for lying about it. Once upon a time, of course, society had a name for a man who lied to protect the reputation of a woman who had granted him her favors. He was called a gentleman.

But never in American politics, to my knowledge, has a President fallen because a First Lady refused to do what was politically expedient for the men. On the other hand, never has a Congress put that much power into the hands of a First Lady. Nor would our system allow it.

So I look forward to watching the rest of the Masterpiece series on Queen Victoria and seeing how British politics played out over her long, long reign. She ruled the most powerful nation on earth for over 60 years but never had the ballot. Queen Victoria died 17 years before British women got the right to vote.