So, Ray Lane is out as Chairman of the Board at H-P.  Activist investor Ralph Whitworth is taking over the top spot and will run the board until a permanent chairman is named.  Two other HP directors, John Hammergren and G. Kennedy Thompson, have also resigned.  The action was reported in The Wall Street Journal article: “H-P’s Lane to Step Aside as Chairman.”

I am not an expert on H-P, their board of directors, or Ray Lane–I leave that to the business writers and financial analysts. I cannot comment on their performance except to say that it makes my heart sing to see that, finally, some powerful and entitled businessmen, somewhere, are being held accountable for failure. Usually, it’s the troops who pay the price, losing their jobs in the layoffs that follow months, and sometimes years, of bad decisions.  The guys who make those bad decisions almost always drift away on their golden parachutes only to turn up somewhere else, like the villains in a James Bond movie who just won’t die.

Were these men really incompetent?  Again, I can’t judge but The New York Times detailed just how bad their decisions have been.  James Stewart’s excellent article, “Bad Directors and Why They Aren’t Thrown Out,” counts three major blunders that cost H-P’s stockholders a lot of money:  the appointment of Leo Apotheker as CEO, the acquisition of Autonomy, and the flip-flop on the PC business.  My blog can’t do justice to the awful results: you have to read it to believe it. Yet the H-P board members continued in their positions: on March 20, all 11 H-P directors were re-elected.  Then Mr. Lane stepped down voluntarily last week, “after reflecting on the stockholder vote last month.”  I sincerely hope that Mr. Stewart’s @NYT article had something to do with it. I’m sorry if I sound snarky and mean and uncharitable.  Oh, wait, no, I’m not.  I have seen and experienced too much of the damage people like Mr. Lane and his companions on the H-P board can do.  Gozer and the Minions of Zuul come to mind.

During my career in the high tech industry, I have laid people off and been laid off.  It is a terrible thing for everyone who is involved in the process.

I respect John Chambers for saying publicly that he was so scarred by the gutting of Wang Laboratories that he never want to have a layoff at Cisco.  I was at Wang when it happened.  I laid off my entire staff of 25 people, including a blind man and a disabled man whose wife had just told him she was pregnant with their third child.   A few weeks later, despite assurances to the contrary, I followed them out the door.  Actually, I laid myself off because my boss had not been involved in the process and did not really know how it worked.  So I completed the paperwork and pointed out where he had to sign.  It did not seem particularly painful for him.

Those were not the best weeks of my career.  And I have spent my own time since then in conference rooms with an HR rep and a stack of manila envelopes.  The consequences for senior management and board members?  Parachutes, baby.

It’s been a long time since Enron’s former CEO, Jeffrey Skilling, went to jail for what he did–but at least he faced the music.   In the meantime, I have seen companies laid waste by the layoffs that follow bad decisions.  We all experienced the American economy brought to its knees by a banking system that was not held to account for the actions of its managers.  Worse, they were actually rewarded with enormous bonuses.  And speaking of villains popping up, Jeff Skilling is back in the news because his sentence might be reduced and he could get out early.

Now, despite my animosity toward these privileged men, I’m sure that Mssrs. Lane, Hammergren and Thompson will come out of this just fine.  They won’t have to worry about paying the mortgage, pulling their kids out of college, selling their car, draining their 401K savings, or trying to come up with an outrageous COBRA payment so their family can still have health insurance.  Those are concerns for lesser beings who actually need their paychecks.  Still, they have been embarrassed publicly and that’s something.  For people with their financial resources, the humiliation is probably just as bad. 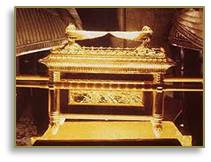 Ark of the Covenant

I’m reminded of the last scene in Raiders of the Lost Ark where Indiana Jones asks Major Eaton what will happen to the Ark of the Covenant:Maj. Eaton: We have top men working on it now.

Indiana: Who?
Maj. Eaton: Top… men.
Indy didn’t trust those top men and I guess I don’t either.