Hudson, Massachusetts, has a classic nineteenth-century downtown, complete with small businesses in old brick buildings, a diner, several churches, a rotary (roundabout), the town library and a war memorial. It’s not as rich or as fashionable as some other main streets in more upscale communities but it’s homey and  you can actually stroll the sidewalks. 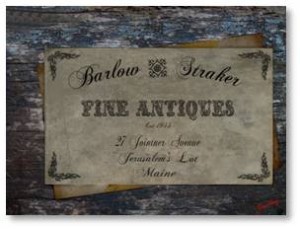 Besides, downtown Hudson has two gourmet coffee shops, Bikram hot yoga, a microbrewery, flatbread pizza, a martini bar, and a microcreamery with some very original flavors of hand-made ice cream like Hibiscus Cabernet, Chipotle Mezcal and Popcorn. What else do we need?

We were driving down Main Street last week when I noticed that an antique shop had moved into one of the brick store fronts. It was night, we were on our way home from the movies, and for some reason the new store’s nicely decorated windows reminded me of Barlow and Straker Antiques, the shop that kicks off all the creepy action in “Salem’s Lot,” Stephen King’s chilling vampire novel.

That got me wondering what it would be like to have a downtown area populated by businesses from classic works of American literature. In addition to Barlow and Straker, we would have:

You see what I mean?  It would be fun to stroll down that Main Street and teachers of American literature could even base a course on it. I could even make a map! 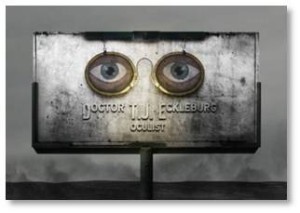 But I’m missing some businesses. So far, Downtown American Lit doesn’t have:

While I read widely, I haven’t been able to come up with candidates for these Main Street businesses so I’m looking for suggestions from my readers. The only qualifications are that the names have to come from businesses that are located in the United States and appear in works of fiction by American authors. Also, no chain stores or franchise restaurants are allowed in Downtown American Lit. 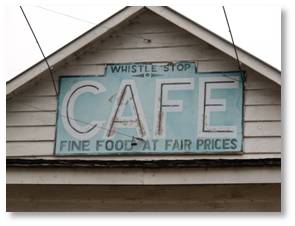 Is there any point to this? Nope. It’s just fun to think about. Put on your thinking caps and come up with some names from your favorite novels. Just send them along in the comments section. I’m looking forward to seeing what you come up with.