Periodically, we are subjected to a revival of political and economic myths that have been proved wrong over and over. Even with the stake of reality thrust through their hearts, these zombie myths rise from the dead with every GOP administration. They include the Laffer Curve, supply-side economics; tax cuts for the rich to stimulate investment, job-killing regulations, and trickle-down economics 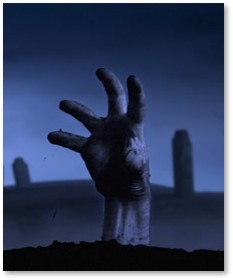 The rationale for this zombie myth is always the same. They tell us that businesses and industries can be trusted to regulate themselves because it’s good for business. “They have to prevent accidents,” we hear, “because accidents will cause sales to drop and tarnish corporate good will. Legal fees and higher insurance premiums will cost them millions. Of course, they will regulate themselves closely.” 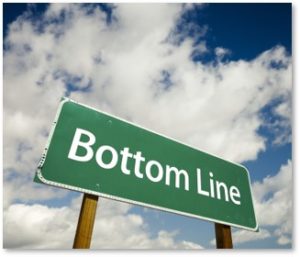 And companies aren’t run by computers or artificial intelligence, which would at least calculate the costs, the risks and the potential downside before making a decision. Instead, they are run by human beings, mostly men, who are subject to all the problems, temptations, idiosyncrasies and foibles of any homo sapiens sapiens. Those include greed and denial.

One of those realities is that corporate executives often take big risks, cut corners, compromise safety, and corrupt the environment if that gives them a chance to increase profits. Worse, the smartest guy in the room is often not as smart as he thinks he is. That’s another zombie myth. The Dunning-Kruger Effect thrives in corporate boardrooms.

The history of these decisions, along with their consequences, is a long and gruesome one. Just to jog your memories, I offer a partial list of disasters that happened when corporate executives chose to maximize profit even if ti meant compromising public safety or polluting the environment. 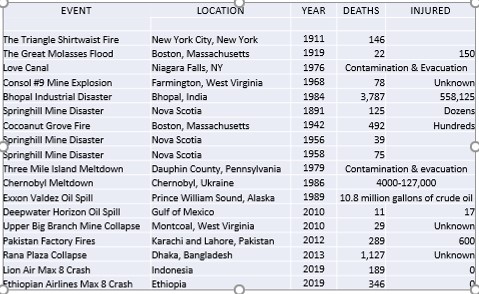 Keep in mind that not all casualties happen immediately in a disaster and not all deaths happen right away. “Only” 50 people died right away from the nuclear meltdown at Chernobyl but the real death toll added up over decades. The Deepwater Horizon accident killed “only” 11 oil rig workers but polluted the Gulf of Mexico for years. News reports focus on deaths but not on how many lives are changed by injuries and their effects over time. Those affected include families, businesses forced to close down because of pollution (Gulf shrimpers) or small Mom-and-Pop shops that have lost their customers because the factory that employed them blew up.

The proof that regulation works lies in the number of deaths in this chart. Far fewer people have died in the United States than in Chernobyl, Bhopal and Bangladesh. Companies here do their best to get around regulations, violate rules, and cut corners but those rules and regulations still exist. Third-world countries often have no regulations to ignore.

U.S. companies sometimes choose to do business overseas specifically to avoid American regulations on pollution, working conditions and child labor. Sometimes, American companies like Boeing and Union Carbide cause devastating loss of life in other countries.

Boeing participate in self-certification for the Max 8 jetliner and the result is 535 people dead. There could easily have been more. The Brookings Institution is tracking deregulation in the Trump Administration and you can read the updated list for yourself.

Now the zombie myth of self-regulation is back. The latest bright idea from the GOP administration is to let pork producers take over much of the federal responsibility for food safety regulations. Right. Because the American food supply has never been contaminated. (sarcasm alert) The U.S. Food and Drug Administration lists 16 different outbreaks of food-borne illness in 2018. 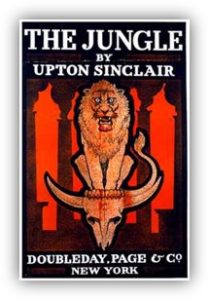 The pork producers have tried this gambit before. Way back in 2015, they created the “We Care” initiative to demonstrate their responsibility. It lists six “ethical principles.” To ensure that:

Now, however, the  GOP Administration has decided to trust industry to regulate itself. We have not learned from history and I am concerned that we will repeat it. I think I will take those pork chops right out of my diet.