A Slappy Award for Mispronunciation

To be clear, the word “codify” derives from the word “code.” That gives us the correct pronunciation of CODE-ify. It has nothing to do with Atlantic demersal fish Gadus Morhua, commonly known as a codfish. Thus, pronouncing it COD-ify is incorrect.

Not that anyone will notice. The mispronunciation has spread faster than swimmers dashing from the water when a Great White Shark is spotted. Still, I give everyone who says it this way a Slappy Award for sloppiness.

Universal mispronunciations occur periodically as someone, usually a newscaster or a celebrity, says it wrong. Everyone else then decides that must be correct and they’ve been saying it wrong all along. Or the other person has a better education and is thus to be emulated. Possibly, they decide they prefer one way of saying it to another, but I doubt most people think twice about it.

I first noticed this trend with the word “culinary.” This term, meaning “of or for cooking,” derives from the French word “cuisine.” The correct pronunciation, therefore, is “kyo͞oləˌnerē.” 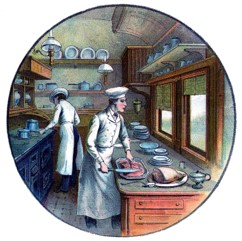 That’s the way people said it up until the art of cooking gained visibility and popularity. Then, everyone began pronouncing it phonetically as “kələˌnerē,” which has become accepted and now appears first in the dictionary. It might be popular today, but you wouldn’t catch Julia Child saying it.

Oddly enough, the word “cuisine,” meaning “a style or method of cooking,” continues to be pronounced properly as kwəˈzēn. Go figure.

Another fingernails-on-the-blackboard moment arrives when I hear someone say “diviss-ive.”

People, it comes from the word “divide.” It means “tending to cause disagreement or hostility between people” Ironically, pronouncing it incorrectly certainly causes hostility on my part regarding the speaker.

We don’t say, “dividd” do we? No, we do not! Then, why not say it the right way: “dəˈvīsiv.” It will sound clearer, less mushy. More Ravenclaw than Slytherin. Try it: you’ll see.

Another recent mispronunciation arrives when many people get to the word “ideology.” It means, “a system of ideas and ideals, especially one which forms the basis of economic or political theory and policy.” 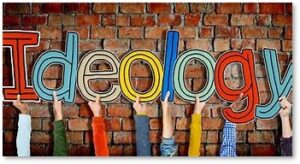 Well, now, that’s a mouthful and the term itself sounds philosophical. Many people today would describe it as “elitist.” The best way to learn how to pronounce ideology, therefore, must be to listen to someone highly educated and emulate them.

That might work, if many educated people said Ideology the right way. Unfortunately, they do not. Again, phonetics comes into play here. There first two letters are ID, which means that we should pronounce it “idēˈäləjē,” right?

It derives from the word “Idea,” which we do not pronounce “idd-ea.” So why use the dictionary’s second meaning? Sure, it’s there–īdēˈäləjē—but it’s not preferred.  If you want to sound really smart, say it the right way. Start by thinking of “idea.”

I know I’m tilting at windmills here. The English language is flexible; changing over time as it absorbs new words, spits out old ones, changes meanings, and alters the way we say it. What was wrong becomes right, simply by popular acceptance. I’m not the only one to notice, though. 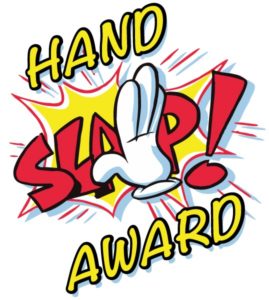 Spanish speakers must roll their eyeballs when they hear Americans pronounce the two Ls in words like tortilla. Native Italian speakers will cringe when a tourist chomps on the H in chianti. And I have heard Americans pronounce “Champs Élysées” as champs elise. Seriously.

My rant today will have no impact whatsoever on network newscasters, Food Network celebrity chefs, political pundits, and social media stars. So it goes.

Sometimes, though, you just have to take a stand. This is my stand. I give a Slappy Award to everyone who says the words given above the wrong way. End of rant.