There are millions of pet lovers and owners out there and I am one of you.  But there are also people who purchase dogs and cats without understanding the financial and emotional costs of owning them. Sooner or later, these animals become rescues. 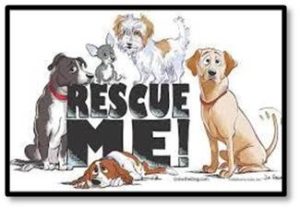 They end up in the local pound or shelter because they had owners who could not speak the language of their pet and were unwilling to learn how to communicate with them. They either grew tired of trying or would not take the time to understand what their pet needed. As Barbara Woodhouse once said, there are no bad dogs, only inexperienced dog owners.

Humans forget they are dealing with an animal. When the dog fails to live up to the photo in the magazine or image in their minds they assume it is the animal that is flawed and get rid of it. They do not concern themselves with what happens to that pet once it becomes someone else’s responsibility.

According to the ASPCA approximately 6.5 million animals enter U.S. animal shelters every year; 3.3 million dogs and 3.2 million cats. Not all of them can be saved; 2.7 million are euthanized every year.

There are an estimated 15,000 puppy mills in the U.S. alone. These are mass-production factories where dogs are forced to produce litter after litter of puppies.  When the breeding dogs can no longer maintain a high level of productivity, they are destroyed. 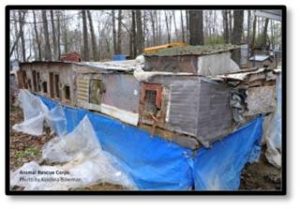 Puppy mills are the largest and most systemic form of animal cruelty in this country. They contribute to pet overpopulation and cause innumerable dogs a lifetime of abuse and suffering in overcrowded and inhumane conditions.

Despite the fact that this treatment borders on the unspeakable, what they are doing is perfectly legal.

Hundreds, sometimes thousands of dogs per facility live in cramped and unsanitary conditions without temperature control, sufficient food, water, grooming, socialization, or veterinary care. Puppy mill dogs live their entire lives with no human companionship, toys, exercise or comfort of any kind. They suffer from social, emotional, and physical conditions, including genetic disorders and deformities.

Puppy mills supply 99 percent of the dogs sold in pet stores. Mill owners increasingly advertise and sell through the Internet and newspapers, misrepresenting themselves as a reputable business. The largest concentration of these mills can be found in Pennsylvania and Missouri. These inhumane organizations chose profit over animal welfare and must be systematically put out of business.

Madonna of the Mills is a documentary about one woman’s crusade to put an end to them. It follows Laura, an office manager from Staten Island, who vowed to save as many of these breeding dogs as she possibly could. This film is hard to watch.  There is nothing left to the imagination as the camera takes you inside this industry.

Laura has personally rescued over 2,000 dogs from Amish and Mennonite farmers in Pennsylvania.

Dachshunds have been members of our family for many years. Our first, Chance, came from a reputable breeder.  He had the qualities and temperament you’d expect from an established breeder of AKC-registered dogs.

Our second addition came from a misplaced desire to provide companionship for Numero Uno. It was flawed thinking to be sure, but we were blinded by the face that looked back at us from a litter of dachshunds in a puppy store. He was a chocolate dapple with one blue eye and big floppy ears. We later learned the eye color was a genetic defect.

This store was a front for puppy mills, masquerading as the real deal by claiming to represent breeders in the local area. Ignorance is our only excuse.

Compared to our first dog, this one was different.  He was just as lovable, but as he grew we could tell something wasn’t right. When the store was shut down two years later, followed by an article in our local paper, we knew the truth.

Once educated, we became crusaders. Our third dog was a rescue from Hearts United for Animals, an organization that is dedicated to puppy-mill rescue. HUA also provides lifetime sanctuary for rescued animals that, for many reasons, are not suitable for adoption.

Never purchase an animal from a pet store!

Google “animal rescue” and you will see millions of search results. No matter where you live there is a pet shelter or rescue organization. If you are thinking of getting a pet, I encourage you to start there. Today only about 15 percent of people with pets in the U.S. adopted them, leaving many loving and deserving dog and cats behind. 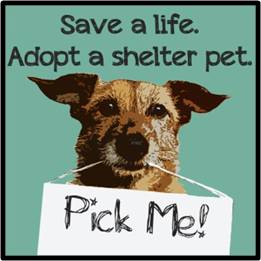 Rescue organizations work to prevent abuse and treat its results. Overpopulation is a major cause of animal neglect, and many of them offer community education programs that include spay and neuter days. There are also breed-specific rescue organizations with volunteers and transportation networks across the United States.

Rescuing an animal from a shelter is saving a life. There is usually a modest adoption fee which includes vaccinations and spaying or neutering.  Most shelters and rescue groups offer support services such as training and medical care for the adopted animal. Every animal adopted from a shelter (whether it is a no-kill or not) will help put a puppy mill out of business.

If you are searching for a cause to lend your voice to, or looking for a volunteer opportunity check out your local animal shelter. If your heart and home have room for a pet, consider adopting. Rescue dogs and cats can make incredible transformations when they are adopted into loving homes.