Yesterday I finished reading “The Woman in Cabin 10” by Ruth Ware. I wish I could say that I enjoyed it but this book fits into a new category of contemporary fiction that I call Dysfunctional Women and Disagreeable People. 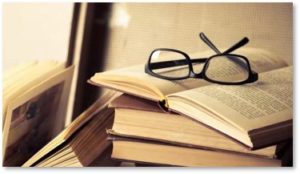 The female protagonists in these novels have problems, big problems, and they just can’t seem to get along with other people—or in the world. They are self-centered and sometimes narcissistic, lacking in self-discipline and plain old common sense. These characters make bad decisions—bad for themselves and for others. Worst of all, they don’t seem to understand just how dysfunctional they truly are.

And we, the readers, are supposed to sympathize with them. Me, not so much. I find no fun in their dysfunction. Here are just a few examples. 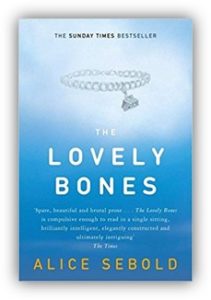 The first book I remember reading in my personal genre was “The Lovely Bones” by Alice Sebold. I finished this book even though I disliked it and its protagonist intensely. Now, you might wonder, how can you dislike a woman who dies right at the beginning? Well, it started with bad forensics and went on from there.

Little Susie Salmon makes a stupid decision that gets her murdered. She spends the rest of the book looking down from the Afterlife and attempting to reveal the identity of her murderer. Fair enough.

But at one point in the novel Susie’s spirit possesses the body of a living, but un-consenting girl. While in that body, selfish little Susie takes the opportunity to have sex for the first time. Unfortunately, it’s also the other girl’s first time and that’s not a decision the other girl might have made.

I found this plot device to be a grave violation, one that robs the host girl of an important life experience. It also leaves her to face the consequences of a decision she didn’t make and an experience she doesn’t remember. In addition, it reveals that Susie hasn’t learned much about love, acceptance, and selflessness in the Afterlife. I avoided the movie despite its outstanding cast.

The Girl on the Train

When I read the jacket blurb about “The Girl on the Train” by Paula Hawkins, I thought I would be meeting a smart, savvy young woman in its pages. She sees a crime take place and does something about it. I wanted to applaud her as she out-thought the police and put clues together to solve the murder—or whatever was taking place. She would be the kind of woman we used to see in 1940s movies, played by Katharine Hepburn. I could have liked that woman. 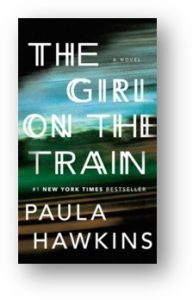 Instead I got a sloppy, self-indulgent drunk who goes through her days, inebriated and weepy, in a state of total denial. Unable to deal with the fact that her husband has left her and remarried, she crawls into the bottle and stays there.

Her drinking gets her fired but, not to worry. She still takes the train into the city every morning so she can spy on her ex and his new wife in their house along the tracks. She lies to almost everyone. She makes really bad choices and gets herself in a lot of trouble.

This is not a character I could like or empathize with. Rachel is the kind of person I avoid in real life because they suck energy and time right out of your life. Well, this book sucked hours out of mine. I even watched the movie with Emily Blunt as Rachel to see if Director Tate Taylor could improve on the story. In a word: no. Watching it was my bad decision.

I tried, I really did. Maybe this new novel by Paula Hawkins would be better. Maybe I could find an admirable—or even just likable—woman in pages filled with female characters. Instead I got what I should have expected, horrid women fighting with and undermining one another. Women who throw other women under the bus and into the water for love of a cowardly mendacious man.

I found Into the Water a profoundly dislikeable book inhabited by female characters who bicker, argue, insult, and demean other women. Unfortunately, I had taken it on a trip and didn’t have another book with me. So, I finished it. A movie is in development. This time, I will spare myself the anguish and avoid it.

The Woman in Cabin 10 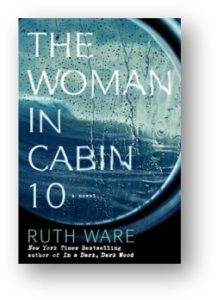 Oh, this could have been so different! Travel writer Lo Blacklock gets her Big Chance to take on a juicy assignment and show that she is ready for Prime Time. Spunky, I thought. Full of energy, intuitive, observant, and astute.

Nope. Lo is none of those things.

Instead she suffers from anxiety attacks, a problem exacerbated by a burglary that takes place only days before she leaves. The attack almost destroys her but she pulls it together (good!) and boards the luxury yacht that is her assignment. On the first night, she hears a body being dumped overboard and sees blood smeared on the veranda of the neighboring cabin.

Lo then does all the wrong things at the wrong time with the wrong people. She acts when she should be thinking and freezes when she should act. She gets drunk and loses control. She doesn’t stop, or even pretend to stop, when she realizes that she’s in danger. She becomes a blunt instrument in blind pursuit of a truth many people don’t want her to see.

In other words, Lo is a mess who nearly gets herself and at least one other person killed. Worse, from my perspective as a writer, she switches abruptly from being suspicious of everyone to assuming that she will be fine despite much evidence to the contrary. The movie is in development but I’m not boarding that ship anytime soon.

Why Books About Dysfunctional Women?

I know I’m in the minority here. These books get great reviews. They make it onto Best Seller lists and become Book Group selections. They get movie contracts and A-List stars in the cast. No one else seems to be put off by female characters who can’t cope with life or think their way out of a paper bag.

My question is why are we seeing so many novels about dysfunctional, disagreeable, unlikeable, and unreliable women. This breaks down into two sub-questions:

I wish I had a good answer. Have we reached a post-feminist period when women authors feel free to create characters who are not strong, smart, admirable, and sympathetic? Do they think we have reached a time when it’s okay to explore the darker side of a woman’s inner being? Do they now put more of their imperfect selves into their protagonists without fear of bad critical reviews? Your guess is as good as mine.

Dysfunctional Women and Disagreeable People have become the darlings of book groups—which are mostly populated by women. I think I understand their appeal to some readers. These flawed, weak women with their defects and limitations make us feel better about ourselves. “I would never do that,” we think. “I know better than to behave that way.” “I would be stronger, smarter, cannier than her!”

Yeah, right. Except that these female characters bore me. In real life, I don’t hang out with weak people so that I can feel stronger by comparison. My friends are strong, smart, knowledgeable women with ideas, opinions and the ability to function. 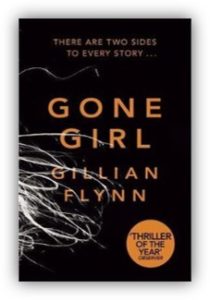 Even in fiction, I preferred Gone Girl by Gillian Flynn. Her protagonist, Amy Dunne, might be a psychopath, but she’s determined, smart and savvy. I enjoyed going along for the ride as she outsmarts and out maneuvers the men in her life: her husband, the police and the media. While I would never do what she does, I got a kick out of watching a woman get away with deceiving everyone.

Is it too much to ask for a heroine in contemporary fiction who is smart, strong and in full possession of her wits? A protagonist with common sense and the wisdom to assess a situation before acting? Who has more foresight than remorse?

Spare me any more books about weepy drunks, anxiety attacks, and dead girls. I’m done with Dysfunctional Women and Disagreeable People. Now, I just have to keep them out of my book group.