My parents, like Susanne’s mother, did not make physical gestures of affection. They also didn’t play with us, worry about whether we were bored, buy organic food for us, drive us around to practices and lessons, try to protect us from cuts and scrapes, or demand to know where we were at every moment of the day. There are two reasons for this approach to raising kids: (1) They were too busy working, my father at his job and my mother at running the house, and (2) they had no experience with “hands-on parenting.” 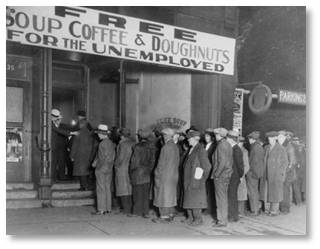 My parents had lived through the Great Depression from 1929 to 1941 and the experience left them with scars—mental, emotional and occupational. Like many people of their generation, they demonstrated what I call Great Depression Syndrome (GDS).

The four of us had very little sympathy for GDS and considered their behavior old-fashioned, constricted, and fearful. For our generation, the world was bigger, brighter, and filled with opportunity. If we couldn’t find that opportunity in Somerset, Massachusetts, we would leave and seek it elsewhere. Three of us did exactly that. We put ourselves through college and then spread out across the country. I went to New York City, one brother migrated to Maryland and the other built a business in Louisiana.

Yet we could not help absorbing some of those GDS lessons that we observed as children—and I’m glad we did. Even when my husband and I were starting out with salaries that would be a joke today and student debt to pay off, we saved money and lived frugally. I didn’t become the Leftover Queen by inclination—my early training about making do and avoiding waste paved the way. In the eighties, I shook my head as friends and colleagues took out Home Equity Loans and then blew the money on ski equipment, boats, and fancy vacations. Instead, we planned for retirement and saved for it, even if it meant giving up some of the luxuries that my friends enjoyed.

Working hard also came naturally—I worked from the time I was seventeen until I reached 65, with two breaks for maternity leave and then more layoffs than I ever wanted to experience. But being out of work was a job in itself. I put in seven to eight hours a day working to find my next job. Being unemployed is not the same as being on sabbatical.

Then the Great Recession hit and, for many the cycle is repeating itself. Too many people in many industries can’t find work at the level of skill, authority and compensation that they had before. With the extension of unemployment benefits terminated for millions, they will do the only thing they can do—take whatever jobs are available even if it means being underemployed. 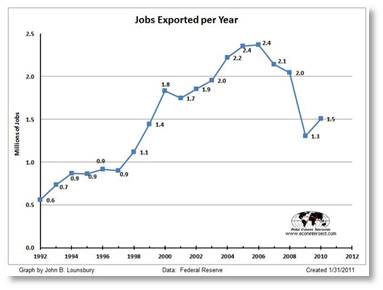 The Industry of Opportunity

When I first got into high tech, it was the industry of opportunity. People worked very hard because they wanted to get rich and saw that it could be done. I was fortunate enough to leverage that opportunity at several companies to put the kids through college and build up our nest egg.

Unfortunately, a combination of Sarbanes-Oxley, offshoring, the North American Free Trade Agreement’s “giant sucking sound,” and greedy executives put an end to that ride. A lot of people in high tech today are tired, discouraged, and clinging to what they have even if they hate it because when that job goes away, they may never get another one. Ever. That’s particularly true for unemployed folks over 50.

Proud workers, educated workers, hard workers who never thought they’d use Food Stamps or any other kind of government assistance have taken whatever help they can get and now, with yesterday’s vote, even food assistance is greatly reduced.

The scars left by the Great Recession will affect a different generation. Whether those lessons will be absorbed remains to be seen and a lot depends on the world the next generation inherits. Will it be bright, optimistic and full of opportunity? Or will it be a scramble to patch together “chunks” of work while an indifferent government watches people go hungry.

This isn’t he post that I planned to write today but one thought just led to another. I’m hoping to see some light at the end of the tunnel—as high tech was for job creation when American manufacturing migrated out of the country. This may be the winter of our discontent and we’re waiting for the optimism of spring and sunlight and warmth.