Three things happened last week. We elected a new President, we celebrated Veterans Day, and a woman named Nancilee was fined for displaying the American Flag at her condo complex.It went down as The Week That Was. 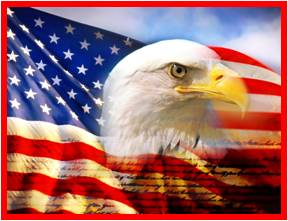 All three things share a connection. We are, first and foremost, a democracy. We are a country founded on diversity, freedom of speech and religion and most importantly political freedom. That must not change, no matter who sits in the White House.

We have these freedoms because of the men and women who fought to defend them—our Veterans. It’s not coincidental that these two events fell days apart.  The election was drawn out, ugly and contentious and America has a lot of healing to do, but we cannot allow that to overshadow what America stands for. Our country is shaped by people, not politicians. America is already great, and we are now called to stand up for and protect all the freedoms that make us a great nation.

We must not allow hatred to divide us. Politics test our character, and this election will be written in history as one that overlooked deep flaws in both candidates and left us with bitterness and acrimony in our hearts. It is time to find an understanding that says no matter how biased our individual point of view is we are committed to upholding the freedoms our Veterans fight for.

The America we know is changing. For centuries the role of president has been reserved for old white men. An African American is completing an unprecedented eight-year term. One day soon we will have a female president, and our President Elect is a businessman, without government or public service experience.

These are huge changes. There is a post-election belief that government is broken, politics is broken and both Republican and Democrat values have failed to reflect or respond to the needs of the people. Only time will tell. 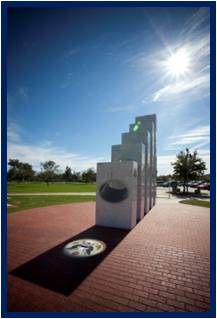 As we celebrated Veterans Day this year we honored the men and women who defend our freedom with their lives, serving America in war and in peace. They serve as a reminder of what America stands for as we look ahead to what is possible.

Every year, at exactly 11:11 a.m. on 11/11 the sun aligns perfectly with the Anthem Veterans’ Memorial in Arizona to shine through the ellipses of the five marble pillars representing each branch of the Armed Forces, illuminating The Great Seal of the United States. This is who we are; honoring those who defend our flag and our freedom.

The Right to Fly the Flag

Which brings me to Nancilee; a Gold Star Family member in my town who was told by her condo association she is not allowed to fly the flag in the front of her home.   Not even on Memorial Day, Veterans Day or the 4th of July, citing a condo rule that states “No unit owner shall cause or permit anything to be hung or displayed outside of windows or placed on the outside walls or doors” and among other things, specifically cites television antennas.

This is not a new argument. Homeowners associations and their boards of directors disagree about a homeowner’s right to fly the flag, especially on holidays and special occasions, while board members advocate uniformity and architectural guidelines.

On July 24, 2006, President Bush signed into law the Freedom to Display the American Flag Act  which states in part:

SEC. 3. RIGHT TO DISPLAY THE FLAG OF THE UNITED STATES.

A condominium association, cooperative association, or residential real estate management association may not adopt or enforce any policy, or enter into any agreement, that would restrict or prevent a member of the association from displaying the flag of the United States on residential property within the association with respect to which such member has a separate ownership interest or a right to exclusive possession or use.

Nancilee hung her flag on her back deck and was fined $25, which compounds until she takes it down. 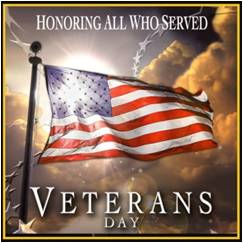 I decided to do a drive by. As I circled the complex I saw unit after unit with satellite dishes attached to the porches, roofs and sides of the condos. I saw planters, pumpkins and lots of door decorations. Apparently there are exceptions, especially when people want their MTV. Shame on them.

We have rules for displaying our flag and Nancilee followed them. The law does not allow associations to restrict her ability to fly the flag and the condo is not compromised in any way by the flying of the American flag. The world needs more Nancilees. I applaud her for not backing down and hope her condo association will re-think their behavior and the message they are sending. 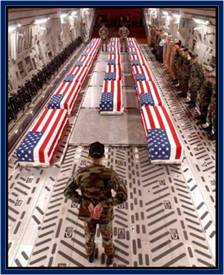 The election is behind us but America is faced with untested and uncertain leadership. The eyes of the world are upon us as we reconcile what we hoped for with what we have. People are divided by the extreme emotions of euphoria and desolation. It is a test of all we stand for as a nation.

It will be up to everyday people like me and you to help America re-balance and restore itself. Peacefully. We all have the ability to change the things we cannot accept. Our veterans and our flag guarantee it.

I’d like to believe there is a little Nancilee in all of us.