After reading two recent articles on animal cognition, I have been thinking about what separates us from our furred and feathered friends—and what that means for our concept of intelligence.The Brains of the Animal Kingdom by @FransdeWaal appeared in The Wall Street Journal last week. It seems that we have now stopped giving animals intelligence tests based on anthropomorphic concepts and started taking into account, “the animal’s special anatomy and abilities.”

Guess what?  New test results show that they’re smarter than we thought and much more emotional as well. The researchers’ findings “have started to upend a view of humankind’s unique place in the universe that dates back at least to ancient Greece.”

Yesterday, The Boston Globe published an article called, “Make animals smarter? How brain science is forcing a difficult question” by @EmilyAnthes. This one talked about artificial brain improvement and whether, if we humans perfect it, we should apply it to the animal kingdom or reserve it for ourselves. This idea of sharing greater intelligence is termed “animal uplift.” These are fascinating articles that address a wide variety of issues and challenges. Common to both, however, is the belief that humans are at the top of the ladder because we’re better than animals at a whole variety of things that include making and using tools, facial recognition, family affinity, cooperation, mutual protection, and language. Scientist and author David Brin (@DavidBrin1) notes in the Globe that an array of recent studies has shown apes, dolphins, elephants, crows, and other creatures to be remarkably intelligent. He says,

“. . . they all crowd up against a glass ceiling that only one phylum has broken through. We’re the lucky ones, we made it through, and we turn around and refuse to lend a hand?”

How Do We Know?

The question I ask is, how exactly do we know that humans are at the top of the ladder? That we have a unique place in the universe?  \I’m not saying we’re not and we don’t. I’m asking how we know. The tests cited in both these articles demonstrate that we humans have drastically underestimated animal cognition in a wide variety of areas. Sometimes the animals even outperform humans.  Octopuses, for example, have learned to open childproof bottles. How good are you at that?

The only species we have been able to communicate with is apes, because researchers taught some test subjects American Sign Language. We cannot communicate with cetaceans at all because they speak in frequencies both above and below what we can even hear, much less replicate. And only recently did scientists learn that elephant language goes down into the deep sub-woofer zone that we can’t hear but only feel, vibrating in our bones.

A Bush with Many Branches 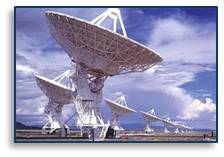 Ms. Anthes concludes, “Aristotle’s ladder of nature is not just being flattened; it is being transformed into a bush with many branches. This is no insult to human superiority. It is long-overdue recognition that intelligent life is not something for us to seek in the outer reaches of space but is abundant right here on earth, under our noses.”Yet, when we do look for intelligent life in outer space, we search for signs of advanced technology, evidence that life forms at least as smart as humans have evolved in exactly the same way and thus created the same, or greater, level of technological advancement. In essence, Project SETI‘s (Search for Extra-Terrestrial Intelligence) Big Array is listening for an alien version of “Honey Boo Boo” being broadcast out into space.

Let’s go on a little journey of the imagination. Let’s pretend that no humans live on earth—not now, not ever. Considering the volume of water on the planet’s surface, we can also imagine that the great whales are this alternate earth’s most intelligent life forms. They have, after all, the biggest brains. They are followed in intelligence by the smaller whales and dolphins. On land, the elephants rule.Now, we know little about the true intelligence of whales, their culture, or their family relationships. They could be extremely intelligent. They might be advanced spiritually. They could have art forms we don’t recognize. They might even be telepathic. A cetacean version of Aristotle, Einstein, Mozart, or the Dalai Lama may be swimming in the Pacific Ocean right now and we would never be aware of it.
What we do know from observation is that whales don’t use tools as we do, build cities, or create technology. Thus they will never broadcast anything into outer space, not even Animal Planet. So an alien listening for signs of intelligent life on this cetacean-dominated version of earth would hear absolutely nothing—and conclude there is none.

I’m delighted to read that we are thinking more about animal cognition and special animal abilities. After all, the more we learn about what our furred and feathered friends can do, the more difficult it should become to mistreat them. As Ms. Anthes writes, “. . . we might want to consider the way we treat animals now, regardless of their intelligence.”

We might also want to use our new knowledge to rethink our concept of alien intelligence. Science fiction writers like Mr. Brin and the late Poul Anderson have done this for decades but their work is considered, well, fiction. When we finally learn how to reach other planets, however, we may discover that its equivalent of whales, or elephants, or octopuses are running the global show.