As regular readers may have noticed, I often approach issues from a perspective different from that of the regular news media. I like to ask why things happened, read between the lines, question motivations, and peer behind the curtain. In the controversy and renewed debate about abortion, I have noticed that men exhibit a dismal lack of understanding about the female anatomy. 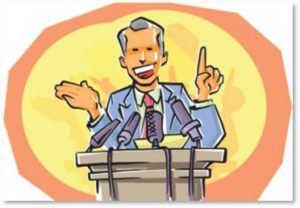 Specifically, what these male politicians, commentators and protesters know about the female reproductive system and how it works ranges from inaccurate to ridiculous. Considering that all these men emerged from said reproductive system, and most of them have children who arrived the same way, this is even more astonishing.

Where did they get these weird ideas? How could they have reached physical maturity without learning better? How could they be married and not have learned a thing from their wives? Clearly, boys are not learning what they need to know about the facts of life.

A Few Examples of Men’s Myths

Consider these bizarre myths about female anatomy and reproduction that have popped up on the last few years:

This last one gave us the spectacle of a fatuous know-it all mansplaining to women about a process he has never experienced but feels qualified to analyze based on his superior logical brain and no knowledge whatsoever.

Now,these myths might strike us as funny when a man is a boyfriend or a colleague–or an idiot on Twitter. But when the man making such egregious mistakes is an elected politician who enacts laws regulating women’s reproductive rights, it can be downright dangerous.

On a fairly regular basis, men speak up  and show the world their ignorance. Openly. Unapologetically. And it has not gotten any better over time.

Even Worse Ignorance on Rape

Rep. Todd Akin is not the only politician to make erroneous comments on rape. These men don’t seem to understand the basic concept of violation. They think that rape has more to do with sex than power, and that being assaulted and physically violated can somehow be pleasurable as long as you have the right attitude.

And just to prove the men don’t have a monopoly on idiocy, here’s nonsense from a woman politician, Jodie Laubenberg (R-TX): “In the emergency room they have what’s called rape kits, where a woman can get cleaned out.”  Now, not only is that not the purpose or function of a rape kit, most of the men quoted above would consider the “cleaning out,” as, you know, an abortion.

You see what I mean? Where do men get these ideas? And the confusion gets worse because they don’t acknowledge a fundamental biological fact: pregnancies require the participation of a man.

I can think of several reasons for this total lack of knowledge about the female anatomy:

So, here we have a situation created by men, which they don’t understand, but have the power to regulate. Ignorance allows them to abdicate responsibility. They can mandate that a woman have a child she doesn’t want, can’t afford, or can’t deliver safely but they won’t force the father to pay child support, share custody, or pay for the child’s college education.

It’s enough to make me want to force some of our politicians to sit through a remedial class on female anatomy before they’re allowed to take the oath of office. You shouldn’t be able to pass laws about things you don’t understand.

Are the Rs Just More Talkative?

Now, you may have noticed that all of the politicians quoted above have an R after their name. I’m not sure whether that’s because Republicans are more ignorant about female anatomy than Democrats, Independents or Libertarians or because they’re just more willing to put their ignorance right out there in interviews and speeches, as well as on social media. 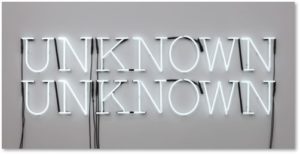 They don’t know what they don’t know. Or, in the parlance of Donald Rumsfeld, female anatomy is an unknown unknown.

Whether in school or in business, you study something before you deal with it. You read a book, take a seminar, participate in a training class, get certified, or watch videos before taking action. You want to do a good job and you don’t want to look stupid.

A Tutorial on Female Anatomy

So, for those men who think that any of the myths listed above are true, read this article on how menstruation works, watch this TED Talk on the same subject, or study this YouTube video on the menstrual cycle. You can do it in the privacy of your own home after the kids have gone to bed so as not to be embarrassed. If you find any of it confusing, study this description of the female reproductive system with illustrations of the female anatomy.

When you’re done, send this post to your state representative or Congressman, especially if he has an (R) after his name. Let’s get men up to speed on the reproductive process so they can make smarter decisions. Or, at least, stop flaunting their ignorance on something they should have learned in high school.