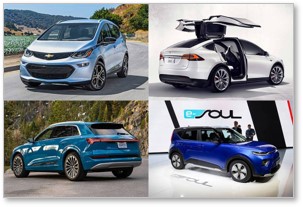 In 1985, we sat enthralled in the cinema, watching Marty McFly as he was sent back thirty years into the past in Doc Brown’s time-traveling DeLorean in Back to the Future. While many of us hoped that a future with magnificent, yet incongruous, vehicles was not too far-off, the global motor industry delivered a more restrained set of technological advances. These included the birth of the electric vehicle.

EVs are becoming increasingly visible on the roads of the USA, thanks to new manufacturer investment, an increased level of consumer comfort, and more budget-friendly and technologically advanced batteries. Despite the headway being made in the electric vehicle industry, one can’t help but ask, “Is the EV age really here to stay, and if it is, why?”

The industry Grew a Lot, and Fast 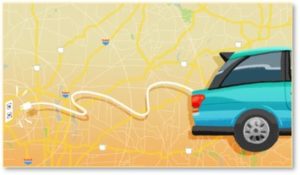 Up until a few years ago, EVs were only being utilized by a handful of affluent early-adopters, as their sky-high prices, throttled range and sluggish chargers did not make them accessible (or appealing) to a mass-market. The tide started turning in 2016, however, when industry leaders such as Daimler and the VW group started making significant strides in terms of battery chemistry and basic infrastructure.

Fast-forward to 2020, and no fewer than five manufacturers have created EVs that are capable of more than 20 miles of range. Manufacturers planned to deliver an additional 8 EVs by the end of 2020, but with Covid-19 bringing the world to its knees, the timeline might end up being somewhat amended.

A Boom Expected to Continue

A decade ago, the mere thought of an electric car made the general population feel somewhat uncomfortable because of the uncharted territory that was being entered. Since then, not only has a distinct shift in mindset occurred, but the EV marketplace has also been transformed substantially.

EVs no longer belong to one of only two camps: economical EVs that lack range, space and comfort, and high-end EVs with more impressive features but inordinate price tags. Consumers can now find a much larger variety of EVs with top-rated manufacturers, including Porsche, Nissan and Chevrolet, who have all released vehicles that will undoubtedly appeal to a diverse market.

What Exactly will Drive the Trend Home?

Although EVs only equated to 1.3% of new vehicles sold in 2018, analysts are expecting sales to boom considerably. While the increased interest in EVs cannot be disputed, one can’t help but wonder what the driving force behind it is. Are we merely accepting new automotive technologies, or is our new-found eagerness driven by our rampant environmental guilt? 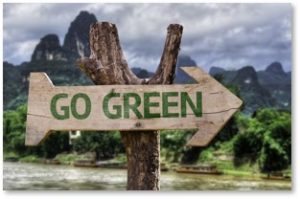 For decades, we have been wasting food, polluting our oceans, and creating holes in our ozone layer. Is our willingness to trade our high-end fuel-powered cars for more eco-friendly, electric vehicles nothing but an attempt to ease our guilt and undo some of the damage we have caused?

According to recent estimates, as many as 33% of Americans experience this environmental guilt on a regular basis, which does make it a very possible driving force behind the boom in the EV market.

While investing in EVs due to environmental guilt does serve a purpose, are consumers the only ones with guilt to appease? Emissions regulations are making it increasingly difficult for new cars with internal combustion engines to gain traction in the market. 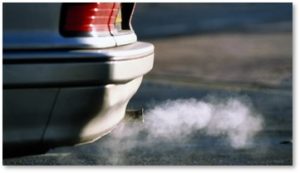 Although gasoline engines have undergone significant improvements in the hundred years or so that they have been in use, they are no longer meeting environmental standards. Vehicle manufacturers are forced to take a more eco-conscious approach in order to remain relevant in the market. Consumers are becoming increasingly in-tune with Mother Nature, and electric vehicles are enjoying a boost in popularity because of it.

The EV age is in full swing, and despite the obstacles the world is currently facing, electric vehicles are seemingly here to stay. Only time will tell, however, to what extent the market will accommodate the new kid on the block.