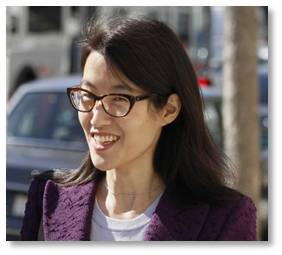 The Big Trial is over. No, not the two murder trials that are currently at the top of the news feeds—I mean the sex discrimination suit brought by Ellen Pao against venture capital giant Kleiner Perkins Caufield & Byers.

The trial was top news in Silicon Valley for weeks because Ms. Pao’s suit ripped the cover off the open secret of gender discrimination in VC companies and, by extension, into the high tech industry they support.

Ms. Pao lost. A jury determined that Kleiner Perkins did not discriminate against her in a variety of ways, most significantly by refusing to promote her to senior partner. It was the first real test of gender discrimination in Silicon Valley and a lot of corporate men rejoiced at the verdict. They saw it as vindication of their belief that business is, after all, based on merit and that Ms. Pao (@ekp) was a mediocre performer who had not merited the promotion. A lot of women agreed because they did not think that Ms. Pao represented them whatever their position on gender discrimination might be.

They were probably both right.

Ms. Pao was not the poster child for gender discrimination. She made a lot of mistakes in her time at Kleiner Perkins and two of them were egregious. They weighed heavily against her at the company, during the trial, and in the court of public opinion.

First, she complained a lot. While her grievances might have been based in fact and well deserved, they did not endear her to anyone. After all, no player complains when the coach tears into him and no boy rats out another boy regardless of the offense. Her complaints caused the men in charge at Kleiner Perkins to regard her as “passive-aggressive, disloyal and generally ineffective.”  A whiner gets a target painted on her back and after that any arrow she aims at the company is likely to end up sticking in her.

Mistake number two was having an affair with another partner at the firm that was adulterous for both. This is almost always a mistake for a woman in any company. Very few women have pulled this off and gotten out of the situation with their careers and reputations intact. Unless your name is Suzy Wetlaufer or Callista Bisek (now Suzy Welch and Callista Gingrich) you’ll probably end up being forced out of your job. You’ll end up in a work environment where companies won’t touch you for any positive professional reason.

Women look at the affair and tar Ms. Pao with the “S” word, patting ourselves on the back that we’re smarter, better, more moral, more ethical and/or more professional than that. Still, we know that male attentions have nothing to do with those things. We also know that the reasons men seek the sexual favors of female colleagues have less to do with desire than with status.

The woman’s appearance, manner of dress, and physical attributes have only tangential relevance because, as we now know, it’s not really about the sex. That’s just a collateral benefit of the affair. The real prize has more to do with what the affair does for him.

What He Gets From It 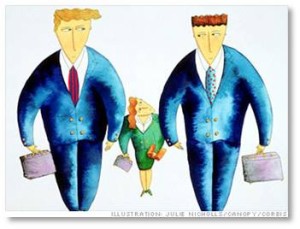 First, of course, there’s the thrill of the hunt. Pursuing a woman for sexual “favors” is a time-honored male pastime that can be accomplished on a scale of subtlety that ranges from courtly behavior and gentlemanly gifts to boorish pressure and outright threats.

Once he succeeds, getting the company woman into bed puts a man one up on the other men in terms of status and power. He becomes the alpha male with breeding privileges. To accrue the full benefit of this, however, he has to let the other men know that the affair exists. And this is what creates the greatest danger for the woman.

And when the affair is over, the man can be both angry and vindictive, as Ms. Pao discovered with her lover, Ajit Nazre. He had lied to her to begin with, telling Ms. Pao that his wife had left him. When his mendacity had been revealed and she discovered the truth, Ms. Pao ended the affair and Mr. Nazre became hostile, making her job more difficult.

With the affair blows up someone is, at the very least, going to have to leave the firm and it’s probably not going to be him. Ms. Pao has come out of the lawsuit all right. She currently serves as interim CEO of Reddit Inc., a social media startup that has had its own problems with misogynistic comments.

Does the Verdict Kill the Topic? 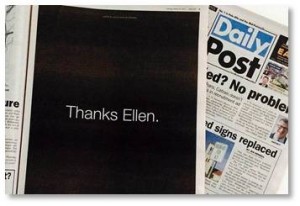 So Ms. Pao lost her suit and a lot of men in Silicon Valley—probably in high tech as well—breathed a collective sigh of relief that (A) it was over and (B) Ms. Pao’s claims had been discredited. They want to believe that the “verdict killed the topic.” Now they can go back to business as usual in the good ol’ boys club. Except that they can’t.

Even though Ms. Pao’s behavior at Kleiner Perkins was flawed, women in technology and venture capital have come out of the woodwork to support her. The veil of secrecy has been broken, shattered really, by a woman Kleiner Perkins asserted was, an order taker, passive and risk-averse. Total strangers have confided in her, relating their own tales of gender bias, sometimes for the first time. a group of supporters spent $960 to say “thank you” publicly in Silicon Valley’s Daily Post.

This is not the end of a gender bias / gender discrimination discussion in Silicon Valley, venture capital, or the high tech industry. More will follow. And it’s way past time for the conversation.