I was an accidental tourist in the high tech industry. My career began in the field of education, but I lived next door to a woman who worked for a computer company.  Her job fascinated me because it was unusual for women to be in high tech and it paid well.

We got to know each other and one day she brought me an employment application, invited me to fill it out, and then took it to her HR department. One month later I went to work for Digital Equipment Corporation. I remained for almost 18 years. I literally grew up there—it was the beginning of my high tech career and life-long love of event marketing.

DEC was not just any computer company. It was located in an old un-renovated woolen mill and its leader, Ken Olsen, was an iconic inventor who was guided by strong Christian principles personally and professionally. He was a scientist and a seeker and someone who is remembered by everyone that worked there. He was a practicing Quaker, and followed the Quaker model of valuing individuals and their diversity.

Although he made a lot of money, he never went into business to make money. He was driven by a passion for technology and community. He established a culture of caring and outreach in his work community and the wider community to which he generously contributed. He maintained a very modest profile without any of the trappings of wealth. Ken was the most unaffected, down-to-earth CEO I have known.

It’s safe to say that not many of us remember our former CEOs fondly, if at all. He was an anomaly. Employees, customers, and industry leaders all remember Ken.  I feel I can call him that now, because we called him that then. He was always Ken.

Lots of leaders consider themselves entrepreneurs and many of them are, but Ken was worthy of the title that later immortalized him in the book by the same name. 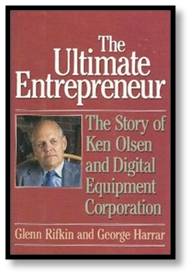 He took pride in his company and the products they built. He stood for honesty and integrity and expected the same from his employees. Ken was an engineering visionary who designed products for use by other engineers. It was pretty straightforward. He didn’t believe in advertising and took a dim view of marketing when it came to selling what he built.

Back in the day, a company could release a product that might have a bug or two and they fixed it by having their engineers talk to the engineers that bought it. First and foremost DEC was an engineering company. Products and people were emphasized over street address and furnishings.

Promotions were based on capability and the informal work environment reflected a family feeling. There were no reserved parking spaces. If you wanted a space close to the entrance (or thought you were important) you came in early. Ken was an early adopter of flex-time and telecommuting. He believed if you did your best work at 2:00 a.m., that’s when you should work. 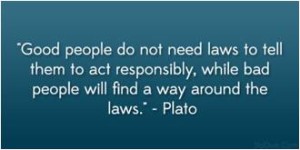 Former employees of Digital (known as DECies) share a nostalgia for the way it used to be.  We have an alumni group and, of course, Facebook has given us a strong online presence. We were raised with a management model that recognized employees as responsible adults and we were empowered to make informed decisions within our distinctive competencies. We were also allowed to be wrong; with the same accountability that allowed us to be right.

Ken’s mantra—Do the Right Thing— is one I have carried with me to every job I have held. When I am faced with difficult or unpleasant decisions, this is the phrase I hear. I left DEC in 1992 but the words continue to ring true for every company I work for and frame every decision I make. It remains the most profound teaching I have received, from a man I admired and remember with great fondness.

Ken died in 2011, having lost control of the company he built and nurtured. He was a stubborn man, and refused to see the trends and technologies shaping the future of the computer industry. He couldn’t understand why anybody would want something as unsophisticated as a personal computer. In 2002, after a failed merger with Compaq, Digital was acquired by Hewlett-Packard. 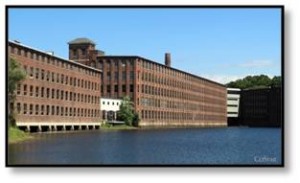 The era of companies like DEC is over. Despite its many legacies newer workplace models and management styles prevail. Responsibility and accountability are harder to find in today’s job landscape and empowerment feels forgotten.

Many CEOs do not do the right thing, deliberately running companies, morale and people into the ground. Layoffs and downsizing are the norm in today’s workplace, but it was a practice Ken abhorred. Some would say he did not keep pace with the times, but it came from a desire to keep his employees employed—they were not disposable resources.

A Pioneer of Work Culture

Ken’s leadership style was a foundation for information technology in the industry we know today. He was a pioneer not only in computers, but management style and work culture. My fascination with work culture and its impact on productivity has DEC roots. I am still guided by the principles I learned under his leadership.

Ken’s ability to delegate authority across the board was matrix management at its best and came with only one requirement: Do what is right. He set a very high bar for ethics and leadership. Business schools everywhere would do well to take notice and incorporate these principles in their teaching.

It is my extraordinary privilege to be a member of the DEC family.