Regular readers of The Next Phase blog know that I am interested in the concept of survival. Why do some people walk out of a disaster while others give up and die? For that reason, I have watched Survivorman with Les Stroud ever since my son introduced me to it many years ago.

That’s why I read this week’s article in Outside magazine by Michael Roberts called “What Would Survivorman Do?” It shares words of wisdom from the ultimate survivor, Les Stroud. When it comes to survival in the wilderness, Mr. Stroud is The Man. He produces, writes, films, directs and stars in the series. There is no camera crew, no host, no medical team, no catering truck, and no helicopter-borne extraction team. He’s out there in the desert or the frozen tundra, in the jungle, on the mountain or stranded on a remote island, or wherever else he has put himself to test his abilities. 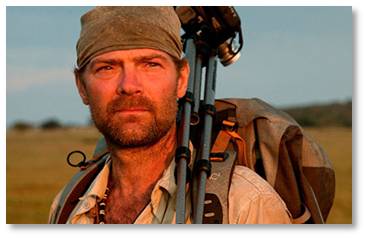 If you see Les Stroud walking toward the camera it’s because he went there, placed the camera, then walked back to where he was before and approached the camera it so he could capture the scene. Then he packed up the camera and carried it to the next location. Mr. Stroud is low key and shares his knowledge simply and clearly.I have several times thought how much easier life would be for the spoiled brats on the reality TV show Survivor if they had ever watched Mr. Stroud’s show and picked up some of his tips. Of course, they are typically a lot lazier than he is so, maybe not. To be fair, Mr. Stroud also doesn’t have to participate in energy-sucking competitions or get voted off the island by a domineering and Machiavellian team member.Last winter, a boy who was lost in the mountains of New Hampshire, survived overnight in frigid temperatures because he had watched Survivorman and knew what to do. He was savvy and took to heart Mr. Stroud’s words: “There’s no such thing as passive survival. Survival is proactive. You’re doing everything you can to deal with the situation.” The boy did and he lived.Not Surviving in the WildernessA young man who did not live was Christopher McCandless, whose decomposed body was found just north of Alaska’s Denali National Park in September of 1992. The fatal experiment in wilderness living that Mr. McCandless conducted was detailed by Jon Krakauer in his best-selling book “Into the Wild” as well as the 2007 movie of the same name. 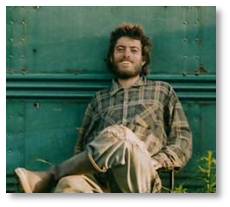 Chris McCandless in the Wild

After reading the book I like many people, especially those in Alaska, found Mr. McCandless to be a charming and arrogant young man who ignored sound experience, good advice, offers of help, and basic common sense to embrace a sizable death wish. He certainly would not have met one of Mr. Stroud’s rules: “You wouldn’t watch a ski jumper on TV and then the next day, having never skied, strap on a pair and go jump. And you don’t watch Survivorman and then say, ‘I’m going to go out alone in the wilderness this weekend.’ It took me years to learn these skills.”Survivorman did not exist when Mr. McCandless embarked on his ill-conceived expedition, of course so he couldn’t even watch the Arctic Tundra episode. But he did display a remarkable naiveté born from lack of realistic preparation. When asked, for example, what he would do if charged by a bear, he replied that he would climb a tree. But the trees in that part of Alaska are neither large enough nor solid enough to climb, much less hold off a determined bear. For a short but memorable demonstration of what a grizzly bear does when it encounters such trees, watch The Edge, a terrific movie in its own right about survival in the Alaskan wilderness.

Yet it has taken 21 years to determine the actual cause of the young man’s death or, to be more accurate, the reason why he starved to death. This finding was reported by Mr. Krakauer last month in The New Yorker, of all places. (There isn’t a lot of wilderness on the island of Manhattan.) The article “How Chris McCandless Died” is an extraordinary piece of analysis that includes toxic alkaloids and neurotoxins along with a critical clue supplied by a bookbinder through his knowledge of a World War II Ukranian prison camp named Vapniarca. As with anything Mr. Krakauer writes, it’s a fascinating read.So what does Mr. Stroud say about the late Mr. McCandless? “Nature is nature. Christopher McCandless was an extremely charming individual, and he charmed his way through a lot of situations. But Alaska didn’t give a shit how charming he was. It’s Alaska.”Should you be tempted to go off into the wilderness unprepared, I leave you with Mr. Stroud’s advice on that score. “Everyone who does wilderness adventure of any kind should take a survival course and a wilderness first-aid course. They enhance your experience, and you’ll have greater confidence.”You’ll also stand a better chance of coming back alive.