“Every company’s greatest assets are its customers, because without customers there is no company” 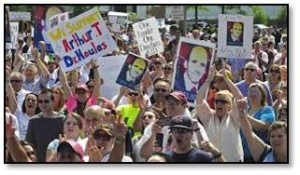 Once upon a time there was a family that owned a supermarket. It was founded almost 100 years ago by the DeMoulas family in Lowell, Massachusetts. The chain, now known as Market Basket, has grown into a New England supermarket empire of 71 stores with 25,000 employees; its owners billionaires.

Today it is on the brink of collapse due to a vicious and public family feud and an employee strike inspired by loyalty so strong they are willing to risk their jobs for the boss they call Artie T. This feud culminated a few weeks ago when he was fired by the Board of Directors in an overthrow led by his cousin Arthur S. The visual and emotional demonstration of support for Artie T is unprecedented.

Under the leadership of Artie T the store earned a reputation for being genuinely focused on customers and employees. Artie created a culture (there’s that word again) that set the business apart from other grocery chains—with higher wages, better benefits, and a CEO who took a personal interest in the lives of the people who worked for him.

These employees like their company and their jobs and they love Artie T, who embraces Management by Walking Around and knows his employees by name.  He has also kept pace with competitors, modeling new stores after cutting-edge foodie icons like Whole Foods and Wegmans.

This family-run company has lost tens of millions of dollars while two cousins—Artie T and Arthur S—engage in a bitter and public feud over its future, both willing to destroy the company that took a century to build. When it finally ends, there will be no winners. No matter which Artie team you are cheering for, the inability to resolve their differences marks the end of an era and provides a profound business lesson for CEOs everywhere.

The company has caught the eye of the media as they battle ownership versus leadership and stakeholder versus stockholder. The standoff has resulted in a massive employee walkout, customer boycott and national attention—all of it negative. Losses are estimated at 90 percent of their business. Empty shelves and parking lots seem to confirm that number.

The War of the Arthurs

To understand how it got to this point you have to look at a bit of family history along with some family skeletons. This is the abridged version. It began in 1917, when Arthur Demoulas opened a neighborhood grocery store that is now the $4.6 billion Market Basket Empire.

Arthur had two sons, Mike and George, who worked side by side in the family business and got along just fine. Each of them had a son named Arthur. They have never gotten along. They have been at war with one another since Mike died unexpectedly, resulting in accusations and legal battles that culminated in Team Arthur S ousting his cousin, Team Artie T (the CEO) by a board of directors vote that shifted equal ownership to 50.5 and 49.5 percent. That shift allowed Arthur S to gain control of the company.  He then hired replacement co-CEOs—neither of whom had enough business acumen to occupy the corner office, which brings us to the present situation. 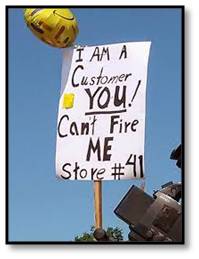 Angry employees and delivery drivers gave the new management an ultimatum to reinstate Artie T.  When that didn’t happen thousands of workers showed up at the headquarters and warehouse to protest and began walking off the job. Customers have refused to patronize the stores, allowing rivals to benefit as the situation goes from bad to worse. Employees are willing to be fired for refusing to return to work—and they have been—rather than see their company come under new management.

Artie T has made three separate offers to purchase the remaining shares from his relatives, all of them refused. Yesterday there was an offer for him to return in an “interim management role” but not as CEO—an offer he refused.

The irony of this situation is the board has a fiduciary responsibility to him as a major shareholder. If the company is for sale, they must take the best possible offer, even if the offer is from Artie T. If the board does not act in the best interests of all shareholders, it can be sued for breach of fiduciary duty. Today the Governor asked for a speedy resolution of the DeMoulas family feud to resolve a private matter that has publicly disrupted people’s livelihoods across three states.

Let’s not forget the collateral damage. The only winners are food banks and lawyers. Everyone else—from local farmers who grow produce exclusively for Market Basket, to the Board of Directors—have a great deal to lose. Whether the buyer is Arthur T, or other bidders the board claims to have, a sale seems to be the only option that allows Market Basket to survive, re-stock shelves, and attempt to rebuild the brand. 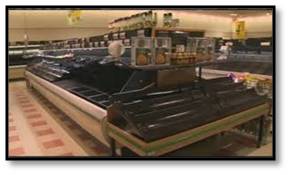 Workers claim that without Artie T there is no Market Basket—unless he returns as CEO they will remain absent, claiming not even a sale can save the business.  A further irony is that employees, suppliers and delivery companies ARE the customers.

Thomas Kochan, professor of management at Boston’s MIT Sloan School of Management suggests that Market Basket’s collective leadership is destroying their greatest assets, the unified group of employees who have built relationships with loyal customers, and customers who have been loyal to a single brand. Once that kind of goodwill is lost, it can almost never be regained.

The media would have us believe we have a good Arthur and a bad Arthur. While both are good men who have done a great deal for their community, Artie T is a businessman who wants to share the wealth with his employees, while Arthur S has concentrated on the bottom line and greater family dividends. Their biggest failings are that they don’t get along, want different business models, and are prepared to duke it out to the last man standing. The War of the Arthurs shows no signs of a truce.

The situation resembles a failed marriage, complete with accusations and acrimony that no amount of counseling can fix. Both cousins have made it clear they can’t work together. Both have irreconcilable differences. Both are unable to rise above the pettiness and family feuding to preserve their 100-year-old company and thousands of jobs. Both are fighting over custody of the business with neither willing to meet in the middle and do what is best for their child.

Both Arthurs were born rich and have grown richer over the years. Neither will be a financial loser if the business is sold but both will suffer the loss of their family legacy. 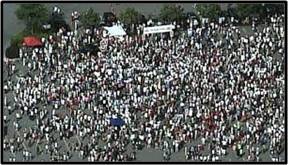 The losers are loyal employees and customers—like me.  As a private, for-profit company they can run it—or run it into the ground—any way they choose, but if there is a lesson to be learned it is this: the customer is king, and can exert enough influence to determine the direction of a business.

As a family-owned company, this generation of Arthurs will forever change and perhaps even end a 100-year-old family business, leaving their children and grandchildren an ill-fated legacy along with their inheritance. Blood might be thicker than water, but to the Arthurs money and power are thicker than blood.

The customers have left the building.