I have been thinking about the comments that came in from my post on Robots and Unemployment. Several revolved around the concept of life choices. 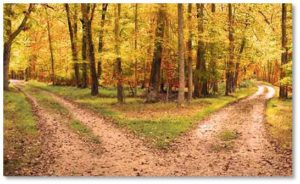 For people who live in states like Massachusetts and California that have high levels of both education and annual income, one can think that people in other parts of the country would be better off if they had simply made better choices – like going to college instead of settling for high school. Perhaps they should have chosen not to be coal miners or waiters, or factory workers, or mechanics.

But does that really constitute life choices? For many people, lives and jobs are determined by where they live, what their father or mother did for a living, whether higher education is encouraged or discouraged, whether they grow up in a strong family or a dysfunctional one, whether they have ever seen the world outside of a very narrow area, and whether anyone has ever shown them that that they can, and should, make good life choices. 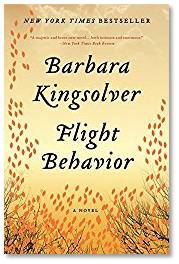 What came immediately to mind was Barbara Kingsolver’s book, “Flight Behavior”. We read this novel in my book group last year and it left a lasting, if somewhat sad, echo in my memory. Here’s a brief summary:

Dellarobia Turnbow is a restless farm wife who gave up her own plans when she accidentally became pregnant at seventeen. Now, after a decade of domestic disharmony on a failing farm, she has settled for permanent disappointment but seeks momentary escape through an obsessive flirtation with a younger man. As she hikes up a mountain road behind her house to a secret tryst, she encounters a shocking sight: a silent, forested valley filled with what looks like a lake of fire.

She can only understand it as a cautionary miracle, but it sparks a raft of other explanations from scientists, religious leaders, and the media. The bewildering emergency draws rural farmers into unexpected acquaintance with urbane journalists, opportunists, sightseers, and a striking biologist with his own stake in the outcome.

As the community lines up to judge the woman and her miracle, Dellarobia confronts her family, her church, her town, and a larger world, in a flight toward truth that could undo all she has ever believed.

While Flight Behavior deals primarily with climate change, it also is addresses the subject of limited horizons. Dellarobia grows up in Appalachia and accepts the boundaries of her life: high school education, early pregnancy and marriage, her husband’s short-sighted decisions, the dictates of her church and the politics of her community.

Dellarobia doesn’t even know that her unusual name comes from Luca Della Robbia, a sculptor of porcelain in Renaissance Florence.

She had thought of going on to college but that dream disappeared with her unplanned pregnancy. Anatomy turned into destiny as she settled into life on a failing farm in Appalachia. Only when scientists arrive to study the butterfly phenomenon do windows of opportunity open for her for several reasons:.

Money: The scientists pay rent to live on her property and pay her a salary to help them collect data for their experiments. This alleviates some of the family’s financial difficulties.

Autonomy: Because she’s the one making money to help the family, Dellarobia gains a measure of power to disagree with her husband and get out from under his thumb and that of her in laws.

Learning: By working for the research study, Dellarobia begins to think again outside of both her daily routine and the tasks that define her role as wife and mother. She acknowledges for the first time in years that she’s still capable of thinking, not to mention learning new things.

Example: Dellarobia sees how people outside of Appalachia live and how those lives are bigger and more interesting than her own. This causes her to want more for herself but, even more so, for her son. 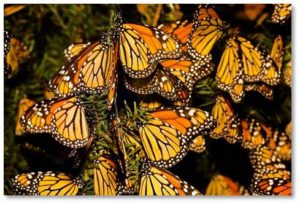 All of those things combine to motivate Dellarobia to make different choices in her life so she can spread her own wings and grow into a better life.

But the scene that really moved me was her son buying all the volumes of a 1950s encyclopedia for one dollar so he can read it and learn more about science than he could in the local school. Think about the changes science has made since the Fifties and you’ll grasp (1) how desperate to learn the boy was and (2) how under-resourced and inadequate his public school is.

All of which leads to a big question: How does one choose a better life when nothing in your life encourages you to do so—and when you don’t even know you have the ability to choose something different?

Dellarobia lives in Appalachia but Barbara Kingsolver could just as easily have placed her on a Native American reservation, in an inner-city neighborhood, in a manufacturing town where the factories have moved away, on an island off the coast, or in any remote area where the path ahead is fraught with problems and littered with obstacles.

Although Dellarobia is a fictional character, millions of people like her live without guidance, encouragement, a good education, opportunities to learn and grow, or people to open doors and shine lights on possibilities. Millions of children have families where parents drink or drug away what money they have, where parents abuse them physically and fathers or step-fathers abuse them sexually. 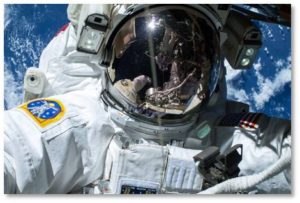 Does that condemn such people to a life of just trying to survive? Do people ever overcome the limitations of their backgrounds?

Of course they do. But these people are often the exceptions—the ones who are born motivated, who decide they want something better, who are just stronger, or who or are fortunate enough to encounter someone like Barbara Kingsolver’s scientists.

The rest stay where they are, doing what’s familiar, accepting their constraints, and knowing little beyond what they are told in bad schools, by ignorant leaders and greedy politicians.

They don’t made life choices because they don’t even know they can choose. What a waste.