You would think that returning home would be the easiest part of a deployed soldier’s tour of duty, but you would be wrong. For many, returning home holds a bleak future, especially for those returning with injuries and disabilities that are unfamiliar to a stateside physician. Treatment is often difficult to find, and can take months or even years. Some soldiers will die before they receive treatment.

Most recently, the House of Representatives debated and passed the 2014 defense spending bill this week. The White House has threatened to veto the bill for a variety of reasons, but one stands out: the unsustainable cost of military and retiree benefits.

It would be easier and certainly more convenient if we could simply lay the blame in one place, but alas, we cannot. This problem spans multiple administrations, political parties and organizations. Everyone knew about it, all were complicit in the cover up. It became the elephant in the room that nobody mentioned. The situation was and still is egregious. When we ask who can fix it the answer must be “all of us”.

I am the child of military combat veterans who served and defended their country in World War II and the Korean War. I am here because of them. My brother is a Somalia war veteran. We have a son newly commissioned into the Army. Recent news articles about reducing veteran’s health care – especially combat related care – have prompted me to lend my voice and my keyboard to the most important element in this multi-faceted topic – the forgotten soldier.

Soldiers returning from the war injured and disabled have been largely forgotten by a nation that at the best of times has been vague about its reasons for going to war. The last thing we thought about or anticipated was the aftermath of war and the inability to cope with the casualties – disabled women and men who need post deployment medical treatment.

This is not intended as political commentary but a plea to honor the men and women who have served our country by caring for them. An IED does not concern itself with a soldier’s political affiliation and a bullet does not notice skin color or religious preference. Post-Traumatic Stress Disorder (PSTD) does not care about your rank or gender. More than 2 million veterans have served in Iraq and Afghanistan. The thousands that return home injured and disabled should expect to be provided with the medical care, treatment and resources they need to resume their place in their own lives as well as society.

The Challenge of Returning Home 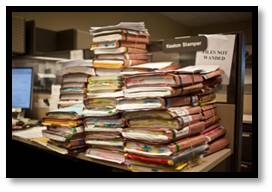 While most people understand the danger and trauma that members of the military face while deployed, few comprehend the struggles and challenges they face when they return.  As combat operations are being reduced and troops are returning home it creates huge demands on an already overburdened military health-care system.

Soldiers who have served in Iraq or Afghanistan as well as those who served in Vietnam or Korea have been forced to deal with minimal help from the department of veteran’s affairs and deplorable conditions in military hospitals.   They encounter unbelievably long delays and waiting periods in outdated and understaffed facilities that are ill equipped to deal with their care.  With over 130,000 American men and women still putting their lives at risk, these conditions are unacceptable.  Reducing veteran’s health care benefits by claiming they are unsustainable is not only insulting, it is demeaning.

Some returning veterans will be fortunate enough to get a job with health benefits or be covered by a spouse’s health plan, giving them the option to go to a civilian hospital.   They will be spared the indignities of this process.  For those that must seek treatment in a military medical facility it is a long journey into night.  Waiting lists can be up to a year.  Mountains of paperwork are generated before an appointment can be approved or booked.  Files are lost or misplaced; treatment is delayed or incomplete and sometimes denied altogether.

Debra Draper of the Government Accountability Office has been reporting to Congress on the delays in care at the VA for years. It is so bad, she said, that she and her staff have found evidence that VA hospitals have tried to cover up wait times, fudge numbers and backdate delayed appointments in an effort to make things appear better than they are.  Shocking to us maybe, but not to the men and women depending on these facilities for their treatment.

In 2007 Washington Post reporters Anne Hull and Dana Priest wrote a Pulitzer Prize winning series of articles exposing the deplorable conditions at the U.S. Army’s flagship hospital in Washington D.C., Walter Reed Army Medical Center. “The Other Walter Reed” shows us a world that is invisible to people like you and me – hospital rooms infested with cockroaches, no hot water or heat, broken elevators and black mold were just the tip of a very ugly iceberg.  It told an unbelievable story of bureaucratic neglect and indifference that had been systematically and carefully covered up. Walter Reed is currently is undergoing a 970 million dollar redevelopment and renovation but it took a scandalous expose’ and countless stories to bring this change about. Even after the articles were published Walter Reed continued to deny the charges.

I encourage you to read the article – it will shock you.  Hopefully it will also make you want to raise your voice in support of continued as well as outstanding medical care for the  men and women who put on their uniforms, go to war and  “write a blank check made payable to their country for an amount up to, and including their life.”

There are many more Walter Reeds that need the same harsh light of exposure cast upon them.  It is a situation that cries out for justice – the kind of justice that speaks to moral rightness – a thing that should not be what it is and therefore must be made right.

The burden of today’s wars has been carried by a voluntary military force and its families. When Johnny comes marching home, the very least a grateful nation should do is support the troops upon their return with the medical benefits and care they need.