The question of the day this morning in office, gyms, coffee shops and cafeterias is, “Did you stay up to watch the whole game last night?”

Staying Up for Baseball or Giving In?

Where I live, “the game” refers, of course, to the fourth baseball game of the American League Championship Series between the Houston Astros and the Boston Red Sox. It started around 8:10 pm eastern time and ran for more than four and a half hours. I gave up and went to bed around 11:00 pm, somewhere near the seventh inning. 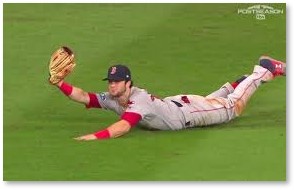 As it turned out, I missed some pretty exciting baseball. That includes Craig Kimbrel, the Sox’s fireballing reliever, loading the bases in the ninth inning and outfielder Andrew Benintendi saving the day (or, to be more accurate, the night) with a diving catch. This kind of drama is why Red Sox fans have been known to watch the game through their spread fingers, like it’s a horror movie. Last night, announcer Joe Castiglione fell off his chair.

The drama continues tonight as David Price replaces Chris Sale, who has been ill. Price is a great pitcher but tends to lose focus under pressure.

I remember when there was no ALCS and baseball games were played in the daytime—even in the post season. Life was simpler then. Until 1969, the team with the best record in the American League and the top-ranking National League team won their respective League Pennant. Then they faced each other in the World Series. End of story. Easy peasy. 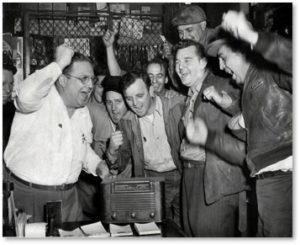 The World Series games were played in the daytime, in the sunlight of early October’s bright blue weather. Those of us who were stuck in school sometimes got to listen if a teacher put a radio on in the classroom.

Radios also played in offices, factories, restaurants and other public places. People gathered on the sidewalk outside an appliance store to watch the game on a TV in the window.

Show Me the Money

According to the Baseball Almanac, here’s how the playoffs currently work:

And the Crowd Goes Wild 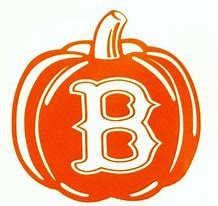 This year, the World Series will be played from October 23 to October 31. That’s as late in October as you can get. Maybe we’ll call it the Halloween Series. And the games will be played at night, of course. If the L.A. Dodgers win their division, some of the games could start really late on the East Coast. But at least the players will be warm.

If the Red Sox make it to the World Series, the teams and the fans will freeze in open-air Fenway Park. In the post-season at Fenway, the crowd has more gloves than the players do.

Here’s the 10-day weather forecast for Boston. While it doesn’t predict nights as cold as it might—we have had snow by Halloween—I see a lot of rain after October 27. Weather delays could turn this into the Thanksgiving Series.

The Boys of Summer and the Midnight Men

That’s how the Boys of Summer turned into the Midnight Men—and why fans have gone from crouching over smuggled radios on sunny afternoons to staying glued to the television until the wee hours. That’s how players have gone from short sleeves to jackets and hoods.

Do I wish I had stayed up for the whole game last night? I do now that I know how it turned out. Think of the drama missed. Think of the nails that went unbitten, the butts that stayed firmly in chairs, the screams that went unuttered. Good times.

Will I stay up for the World Series games if the Red Sox ace the ALCS series? Possibly. At least, until the day’s work catches up with me. Zzzzzzzzzzzzzz.