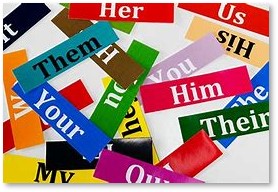 I thought I was the only one who finds it offensive to declare my “pronouns.” Often, I have trouble keeping track of the new words I’m supposed to remember to describe genders and sexual preferences.

Now they want to know how I identify. Say what?

Gender and Forms of Address

First: I grew up in a world with two genders: male and female. I understand that those binary terms don’t describe everyone. Ditto that those folks want new terms that describe them more accurately. Go for it.

I remember when women worked hard to get Ms accepted as a neutral term. Up until the seventies, a female was described either as Miss or Mrs; her “identity” defined not by her gender but by her marital status. We thought that was intrusive and wanted it changed, so we pushed for it. Now Ms is used by women who want to be defined on our own terms.

So, I understand. Your pronouns are none of my business and I wish you well.

Second: I grew up in a world where boys were boys and girls were girls and we stayed that way for the rest of our lives. After all, we had no other option. 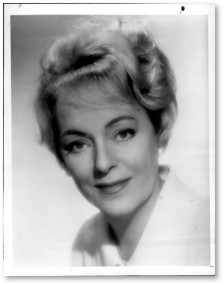 I was five years old when Christine Jorgensen completed her sex-change surgery, bringing the idea of a transsexual to the world scene for the first time. It was a huge deal back then, one that made all the newspapers and magazines because it carried a whiff of the weird and scandalous. It also seemed to be pretty rare.

What amazes me now is not that people want and get transsexual surgery but that so many people seem to have been born with the wrong X and Y chromosomes. Even so, I leave that life-altering decision to the people involved. Choosing drawn-out, expensive, and often painful gender re-assignment surgery is not something undertaken lightly.

I have opinions, of course. I always have opinions. But it’s none of my business. If you want me to call you Ms I will—even if I think you still project the appearance, behavior, manners, and privilege of the man you were before. Mom raised me to be polite.

Form Your Own Opinion

Third: While I identify as a woman and use the pronouns appropriate to that gender.  I don’t think that it’s anyone else’s business, much less something others can demand I give to them. You are free to look at me, consider the children I gave birth to, and my grandchildren and then decide for yourself. I don’t feel it necessary to advertise. 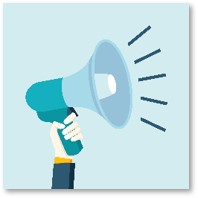 Maybe I’m just being stubborn or resistant to change, even though I generally think change is good. But I have concluded it is neither of those things. I find providing my pronouns offensive because I’m in the cis-gender, heterosexual majority on this issue. Were I not, I might be more amenable to what feels more like a demand than a request.

And I don’t like being told I have to do something by a vocal minority. It feels like bullying. Sorry. Not gonna do it.

Fourth: It’s not my issue. We all support the issues that are near and dear to us, the ones that tug at our heartstrings, and motivate our behavior. As I have no close connection to the LGBTQ community, I direct my interests elsewhere.

If this is your issue, great. Make your statement, march in parades, dress as you wish, wear your hair in whatever style you like. But please don’t insist that I jump in.

As I said at the beginning, I pretty much thought I was the only one who refuses to be politically correct on the issue of “my pronouns.” But Colin Wright, an evolutionary biologist, wrote an op-ed on the issue in The Wall Street Journal’s February 5 issue. In it, he raises a good point.

In “When Asked for Your Pronouns, Don’t Answer” Mr. Wright says,

“Gender activists believe that being a man or a woman requires embracing stereotypes of masculinity or femininity, respectively, or the different social roles and expectations society imposes on people because of their sex.”

I couldn’t tell if this is so or just his interpretation, so I kept reading. He goes on to add:

“Planned Parenthood explicitly states that gender identity is ‘how you feel inside,’ defines ‘gender’ as a “a social and legal status, a set of expectations from society, about behaviors, characteristics, and thoughts,’ and asserts that ‘it’s more about how you’re expected to act, because of your sex.’” 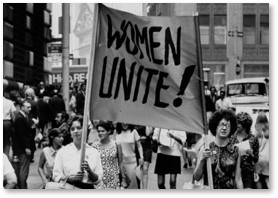 Mr. Wright uses quotes there, so I assume he’s quoting Planned Parenthood accurately. If so, it gives me another reason not to provide “my pronouns.” As a card-carrying member of the Women’s Movement that changed discriminatory laws and voted bigots out of office, I reject the entire concept of attaching stereotypical behavior to gender.

That idea of gender-based stereotypes drove the suppression of women for centuries. The accepted behaviors for women did not include getting an education, owning their own money, having rights to the children they bore, being able to get a bank account or sign a contract, voting in elections, and walking out in public without a chaperone, among many, many other things. 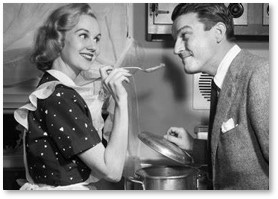 We spent decades getting rid of those stereotypes in America. Do we really want to open the door and walk back into the past? Mr. Wright acknowledges this by saying,

“While women’s-rights movements fought for decades to decouple womanhood from rigid stereotypes and social roles, modern gender ideology has melded them back together.” 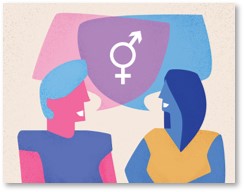 I, for one, refuse to participate in this demand. I believe that individuals should follow their own dreams, work toward their own goals, learn what they want to learn, go where they want to go, and become who they truly want to be without society imposing its expectations on them.

While I understand that the proponents of declared gender pronouns have no desire to be intrusive or offensive, nevertheless, that’s how I feel about the issue.

I don’t advertise my pronouns and please don’t ask me to provide them. I am simply a human being with XX chromosomes. Call me Ms.