There is a lot going on at Casa Caron this weekend. We have not one but two graduations and we are getting our party pants on! Our youngest child is graduating from high school and our oldest child is celebrating his college graduation.  We are gearing up for a big family gathering centered around good food and, with luck; a family portrait. Everyone will be home and there is a high probability they will be wearing nice clothes. A mom can hope.

But there is also a lot going on in the world and it’s up to us to stay on top of things. Information passes through the internet at warp speed. We read the news but miss the stuff that gives us  life lessons – something that makes us smarter by thinking, reflecting, laughing or maybe just changing it up a bit. Here’s what’s on my mind. 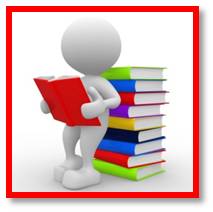 Summer is a great time to catch up on your reading.  I belong to a monthly book club as well as an online forum. Both inspire me to pick up books I might be inclined to overlook and offer perspectives on the author or the story I might otherwise miss.

A Higher Standard by General Ann Dunwoody, Ret.  Bragging about it!  I have the unabashed pleasure of knowing Ann.  She is a First.  The Army’s first female four-star general, the first woman to command a battalion in the 82nd Airborne Division and first woman to command the Combined Arms Support Command.  This book is a journey of leadership that will teach, inspire and empower.  “Some doors are opened for you, some you have to kick down”.  #crackedthebrassceiling

Outlander by Diana Gabaldon:  I am finally going to read the story of Claire Randall and Jamie Fraser, except I am doing the 23 CD version during my long commute to work. Romance on the Mass Pike.

The Boys in the Boat by Daniel James Brown: True Story. In 1936 at the Berlin Olympics the University of Washington’s eight-oar crew team shocked the world by defeating the German team rowing for Adolf Hitler. Recommended by my Dad and Beth.  Good enough for me.

Mona Lisa: A Life Discovered by Dianne Hales:  Everyone knows who she is.  Everyone recognizes her smile.  More than nine million visitors a year view her portrait in the Louvre but hardly anyone knows her story.  Read this and you will.

Baking Chez Moi by Dorrie Greenspan:  It takes an exceptional offering to make me buy another baking book.  This is it.  These are recipes from French home chefs, not to be found anywhere but here because Dorrie visited with them and wrote them down.  Baking heaven.

In related news … if you are a Game of Thrones devotee this is too good to pass up.  Chris Martin and his band Cold Play teamed up with the GOT cast and created this very funny You Tube video in honor of Red Nose Day. Wildling, you make my heart sing.