Walking across the Charles River from Boston to Cambridge can be a hike if you use one of the city’s many traffic bridges. The Harvard Bridge, for example, is 2,164.8 feet long and that walk can feel really long when you’re in the middle on a cold windy day. 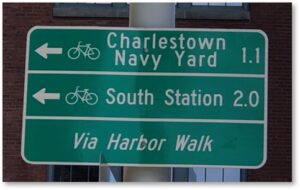 On foot, however, you can use a shorter, easier path across a narrow part of the Charles via the Charles River Dam and the Gridley Locks. Although this is a section of Boston’s Harborwalk, it’s not as well traveled as other sections.

The trip is short but could be interrupted by traffic—not cars but boats.

The Charles is a tidal river 80 miles long with a watershed of 309 square miles. For 280 years, Bostonians used the rise and fall of the river tides to perform municipal functions, from powering mills to flushing away sewage and industrial waste. 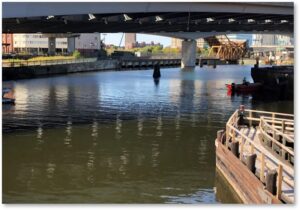 Looking upstream from the locks

That tidal fluctuation stopped with the construction of the first Charles River Dam in 1910. This turned the river from a tidal estuary into a fresh-water basin. If you ever visited the Museum of Science, you stood on this dam.

And if you looked at the narrow channel that runs between the museum and the Boston shore, you saw the very first lock that allowed river traffic to pass through the dam safely. That first dam no longer functions to control the river’s water level. Both the lock and the eight sluices under the Science Museum remain open. 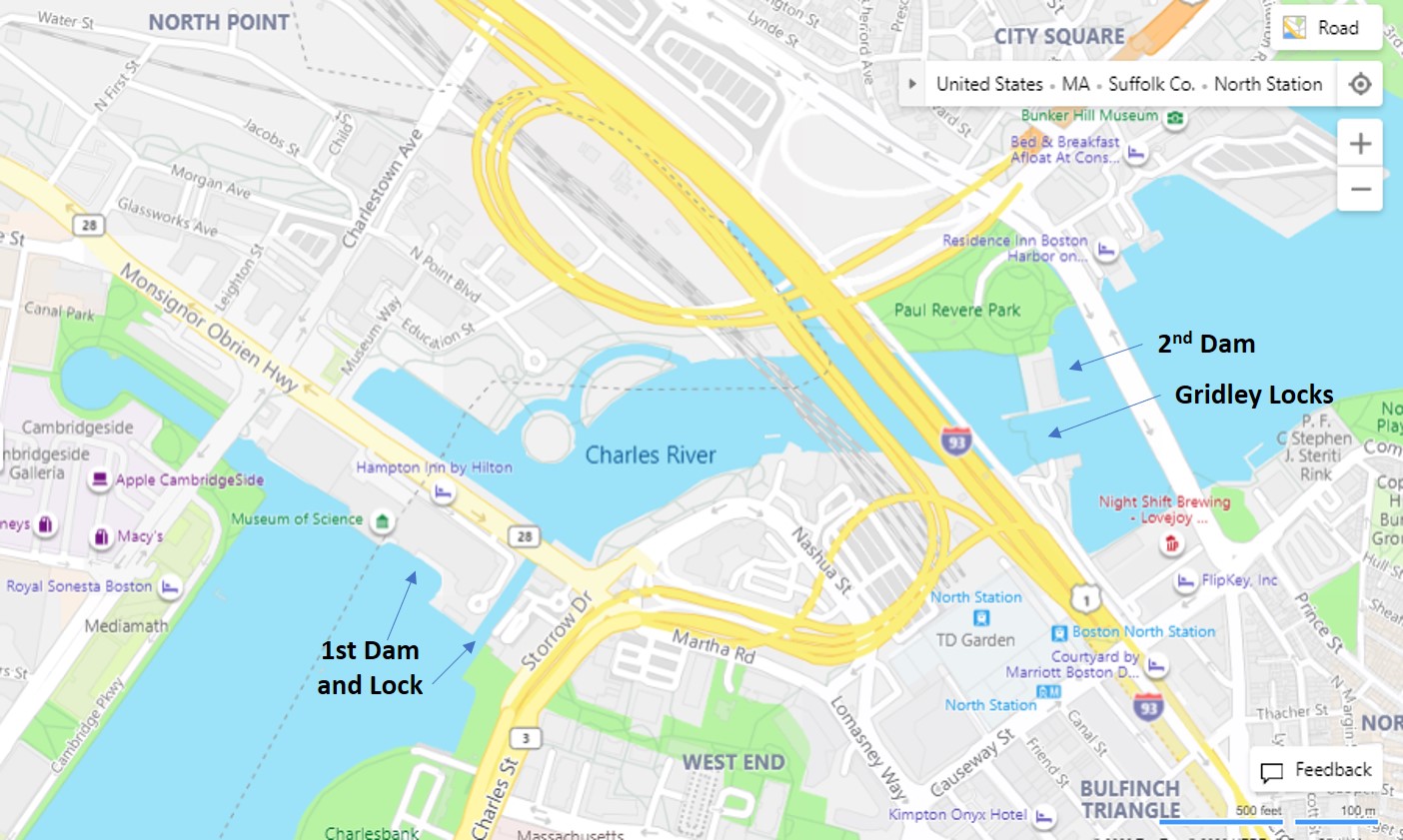 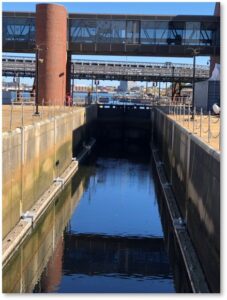 A new, larger Charles River Dam with the Gridley Locks and Pumping Station were constructed in 1978 just a short way downriver.

The new structure was named for Colonel Richard Gridley, George Washington’s chief engineer in the Continental Army. Col. Gridley engineered the fortifications at the Battle of Bunker Hill in 1775, and at Dorchester Heights, where General Howe and his army were forced to evacuate Boston in March of 1776.

I’m not going to go into detail on how the locks work or what it’s like to go through them. That’s a separate, and more technical, topic. You can learn all about it, however, and go through the locks yourself by taking Boston By Foot’s Architecture Cruise. This tour should resume next year when, I hope, life has returned to something resembling normality.

The dam contains three individual locks, two narrow and one wide, and those lock gates hold the pedestrian pathway across the Charles. That’s right, you walk across the tops of the lock gates when they are closed. When they are open, you wait for the boat or barge to clear the lock. 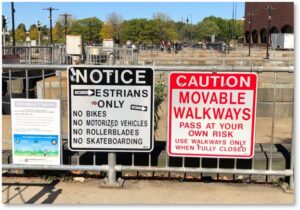 This is the entrance

The walk across the locks can go quickly or slowly, depending on the seasons. In the summer, boat traffic from the Charles into Boston Harbor and from the harbor into the river can be heavy. The locks work continually, with boats circling or waiting for their turn.

In the fall and winter, river traffic drops off and you can walk the zig-zag metal grid from one shore to the other with no delays. Pedestrians, bikers (walk your bike), and dogs all use the locks to cross the river. The long brick building close to the Cambridge side, holds the dam mechanism that prevents flooding and keeps the river’s water level steady.

How to Cross the Gridley Locks 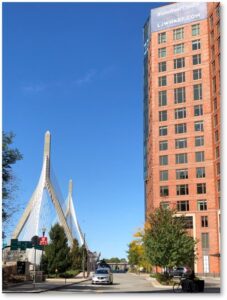 Getting to the Gridley Locks is pretty easy but you have to know where you’re going. In typical Boston fashion, the signage is less than helpful.

The Gridley Locks and Photo Ops

Stop along the way and take pictures. On a beautiful day, you can get some lovely shots of the river, nearby bridges (more than you think), and construction of the new Charlestown Bridge. (Yes, I know its official name is the North Washington Street Bridge but no one calls it that.) This structure has been so stripped down it took me a few minutes to identify what I was looking at. Should you be so inclined, you can photograph the progress of building the new bridge from this vantage point.

And now you know. Happy crossing. 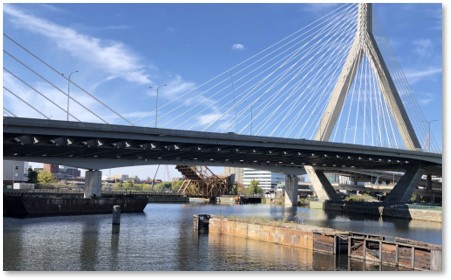 The Zakim Bridge from the locks