In yesterday’s post, I talked about five ways in which changing American cultural norms has succeeded and our behaviors have adapted: litter, dog poop, stray dogs, food waste and recycling. We need to change the cultural norms around gun safety and ownership if we want to stop mass murders by gunshot in this country. We know how strong that culture is but, to reinforce that it can be done, here are a few more changes to cultural norms that have happened in the last 50 years.: 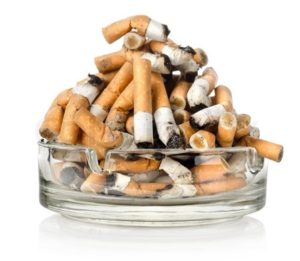 Smoking used to be ubiquitous, common and accepted. Everyone did it and non-smokers who didn’t like being surrounded by smoke were ridiculed as the “snowflakes” of their day.

Couples put cigarettes and matches on the table at their wedding, doctors smoked in offices and hospitals, people smoked around children, manufacturers handed out free samples on the street, and workers wasted hours every day on cigarette breaks. Candy makers even hawked candy cigarettes to children. (I “puffed” on many of them as a kid.)

The turning point came when the health impact of smoking was publicized, despite the best efforts of the tobacco companies, their lawyers and their lobbyists. People gave it up or never took it up. Workplaces, hospitals, airplanes, schools, public spaces and even bars went smoke-free. Smokers, banished to designated outside areas, huddled in the cold and the rain. And smoking became something almost shameful.

It didn’t happen without resistance—a lot of it. The cigarette companies did not go down without a fight, some of it legal and some outright deceptive. “Smoker’s rights,” a right established nowhere the Constitution, were held up by people who didn’t like being forced from their comfortable environments to take a drag outside. They fought so hard I never thought we would achieve a mostly smoke-free society.

Although I never took up the habit, I didn’t get all the smoke out of my lungs until I was 44 years old. That’s when I realized that I had lived with ambient smoke in my lungs and my sinuses for my entire life—until it no longer surrounded me every day.

The big, extravagant cars that came out of Detroit in the fifties and sixties looked beautiful inside but they were death traps. In an accident, hard steering wheels punctured chests, metal dashboards bashed in skulls, fragmented windshields slashed throats, and convertibles crushed heads. Passengers died when they were thrown from the vehicle. 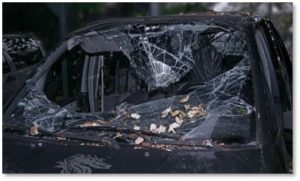 Then Ralph Nader wrote “Unsafe at Any Speed,” which exposed the dangers of cars that were designed for looks and prestige without regard for the safety of their passengers. It shook up both the American public and the automotive industry. The result: laws passed to mandate safety features in automobiles.

The laws created a level playing field, which meant that all the car companies had to meet the legal standard and no company struggled with a competitive disadvantage. Thus we now have seatbelts, airbags, softer dashboards, anti-lock brakes, safety glass, and other features to keep passengers safer in an accident.

Do you use seatbelts? Do you insist that all your passengers wear seatbelts? Bingo: Cultural change.

Ah, the freedom of the road, cruising down the highway on your motorcycle with the wind in your hair. Until a car or truck doesn’t see you and takes you out at high speed. Bodily damage from motorcycle accidents can be so grievous that ER doctors and orthopedists call them “Donorcycles.”

In 1967 the federal government pressured states to enact helmet-use laws to qualify for some highway construction funds and safety programs. By the 1970s almost all the states had enacted universal motorcycle helmet laws. This regressed in 1976 when some states lobbied Congress to prevent the Department of Transportation from hitting them with financial penalties if they lacked helmet laws.

Now 19 states and the District of Columbia have laws requiring motorcycle riders to wear helmets. Twenty eight states have less restrictive laws and three states—Illinois, Iowa and New Hampshire—have no laws. In those places, you are presumably free to ride without a “brain bucket” to protect you. And you can go from redlining to flatlining if you so choose. Just have a thought for the EMTs and State Police who have to pick up the mess.

My point is, however, that wearing helmets while riding motorcycles has become more a matter of course than a point of resistance. 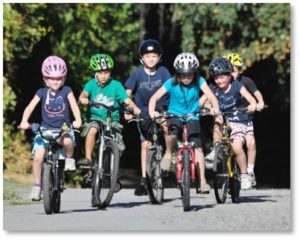 Ditto for pedal bikes. As kids, we rocketed around the neighborhood on our big fat-tire Schwinn bikes with our hair blowing in the breeze. Now I look twice if I see a kid on a bike without a helmet — and I don’t see it often.

Kids start wearing helmets on tricycles and get use to them early. All their friends wear helmets so no “dorky” stigma is attached. Plus, they see kids in cartoons and movies wearing bicycle helmets, so they have become accepted.

In Amsterdam, this year we watched in astonishment as bikes streamed past us without a helmet to be seen. Whole families pedal around the city; two and three kids in a carrier out front and one on the biker’s chest. When I asked our guide about it, he said that the Dutch were considering helmet laws but they were an independent people who may or may not obey such a law if it was passed. They saw it as independence; we saw it as putting children at unnecessary risk. Cultural differences still exist.

In the fifties, women held their babies and toddlers on their laps in the front seat. Today that image makes us cringe. We learned that bodies fly around in automobile accidents, into the dashboard, through the windshield or out of the car. An adult can’t hang on to or protect a child in crashes. So, in 1962 British inventor Jean Ames invented a rear-facing car seat for infants that strapped in to the back seat. 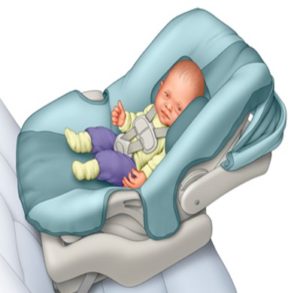 Conscientious parents began using them but it took nine years for government regulations to appear, eight years from that point to the first state laws mandating their use, and another six years until all the states had laws mandating that children be restrained in cars.

Since then, the age when children use safety seats has crept up and the death and injury rate has gone down. We have gone from children at great risk in automobile accidents to children surviving accidents because they are protected by well-designed and universally mandated car restraints. We still don’t have 100% usage but we know that 57% of deaths for children 0 to 15 occurred because the child was unrestrained. American society has gone from zero protection to at least 75% usage of automobile restraints and we did it through a combination of public education and state laws.

So, there you have it: seven ways in four areas where cultural norms have changed over time. We can change gun culture, too, it’s just going to be more difficult because people love their guns. We just have to figure out how to turn things around. But, hey, look at these examples. They show that it can be done. Only one thing is certain: what we are doing now isn’t working.