It’s painful to say goodbye to someone you don’t want to let go; but more painful to ask someone to stay when you know they want to leave. 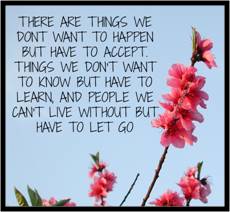 The journey that brought us to this place began when I called Dad to wish him Happy Father’s Day. At almost 96 he is not one for long conversations, but he assured me he was fine, we chatted, and hung up. He was not telling the truth.

Two days later he failed to keep an appointment and a concerned friend found him with a temperature of 103, confused and unable to stand on his own. An ambulance was called but he signed a waiver and sent them away. Thirty minutes later he fell, triggering his medical alert and a second ambulance. This time he was a passenger.

My Dad is an old soldier, proud and stubborn. He landed on Omaha Beach, fought in the siege of Bastogne and the battle of Pusan Perimeter. He wasn’t about to let a little pneumonia and sepsis take him out.

As I began the three-hour drive to Maine my heart told me it was the start of the long good-bye.

I always assumed I would be a caregiver for my parents; I am the only child that lives nearby. The thing is; I didn’t comprehend what that meant. I thought it was a supporting role; they would make the right decisions at the right time and my siblings and I would lend a hand. 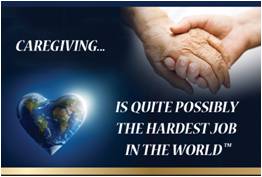 When I lost my mom to cancer fifteen years ago my father could not cope with her illness or terminal diagnosis. For months I drove to Maine every other week to take her to chemo; then stayed for the weekend managing household things she could no longer do. Near the end I lived with them so we could honor her wish to die at home. After her death my father had no idea how to run a home.

When it became clear he could no longer live on his own, my husband and I were forced to move him into an assisted living community. He wanted to age in place and refused to go. He assumed no responsibility for his care or well-being. Those decisions fell to me.

He selected a plan that offered breakfast, dinner and light housekeeping. It took less than a year to realize he needed additional care but he did not want to be dependent on anyone and dismissed the idea of more expensive options with additional services.

I held the belief (hope?) that my siblings would want and need to be part of this process. To see it is to understand it. Caregiving never has the same sense of urgency or emotional impact when you are remote and it should never rest on the shoulders of one child. But the truth is that it often does, and the shoulders are mine.

As an adult child with a family and full-time job, I found myself with a second full-time job caring for my Dad. I communicate on his behalf, advocate for him, watch over him, augment information he forgets, manage his finances, doctors, medications, and follow through. It is overwhelming, especially when doing it alone. 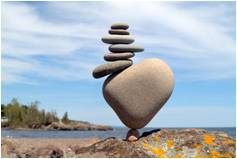 The word caregiver implies substantial responsibility. It brings change in your life and the life of the one you care for. There were no dry runs to prepare us. It’s impossible to make plans for myself or my family. Business travel is on hold, grocery shopping is a mini-vacation. Our lives are suspended and I am often resentful and exhausted. Being a caregiver is one of the hardest things I’ve done and sadness fills me as I watch my Dad slip away.

He beat the medical odds but the man who came home from the hospital is not the same man who went in. High fever and decreased oxygen accelerated his dementia, stripped him of his stamina and reduced his interest in just about everything. This is not my Dad.  But it is—and I am learning to know him as he is now.

He is frail and often confused, asking me where he is. He can’t put his socks on, and needs help buttoning his shirt. I took away his car keys, removing the last link to his independence. While he was hospitalized I placed him into full assisted living and assumed power of attorney over his finances, insurance and medical care. I provided end-of-life directives and selected a funeral home.

He has all he needs, including 24/7 medical care. It lifted a huge weight from my heart and created a level of comfort and balance for both of us.

His death will be a mental, spiritual and physical process. Part of the long good-bye is a last chance to express love and appreciation, make apologies, offer reassurance and invite peace. It is also the realization that Dad will leave his physical place and become a force I can feel but no longer touch. I know I am unable to control when he leaves but I can affect how he will leave. I have given him comfort, peace and dignity, with no regrets.

Who Will I Be?

Dad has been a constant in our lives since mom died, joining us for holidays and visits throughout the years. When he is gone there will be Dad and Grandpa shaped holes in our hearts. I will need to figure out who I am without him.