Boston, like any city, can be a noisy place: traffic noise, subway rumblings, emergency vehicle sirens, booming trucks and buses, not to mention the Duck Boats. They all combine to create a level of background noise that guides leading walking tours just have to cope with.

I tell my Haunted Boston tour guests that the tour will be noisy at the start on Boylston Street and at the end on Tremont Street but quiet in the middle. This past Saturday night turned that description on its head.

How Fast Can You Go?

Why the racket at beginning and end? In addition to the normal city sounds I just described; Boylston Street has become a short stretch where loud motorcycles rev up from one end to the other. Rented luxury vehicles like Lamborghinis and Ferraris also have young men strutting their macho vehicular stuff. 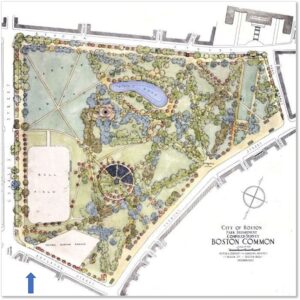 This sometimes amuses me. I mean, from Charles Street to Tremont Street (see arrow on map) is only one block along the second smallest side of Boston Common. How fast can you go in that short a space?  The obvious answer is not fast at all—but they sure rev those engines way up before they reach the corner. 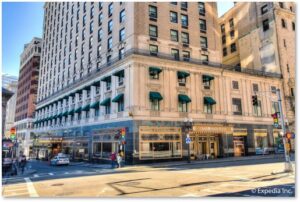 The corner of Tremont and Beacon Streets

The same drivers and riders make a circuit around the city and I encounter them again at the corner of Tremont Street and Beacon Street. The motorcycles return although the fast cars seem to have retired for the night. Trolleys for the Ghosts and Gravestones and Hop On-Hop Off tours replace them, though. They make enough noise to wake the dead.

Combined, these vehicles ratchet the decibel levels to new heights. Even though I have a microphone, I have to stop and wait for them to go by before continuing with the tour. I find myself asking whether Boston has any noise ordinances on the books at all. Because if the city does, no one is enforcing them.

The Hempfest Amps It Up

This past Saturday was worse—much worse. I emerged from the underground Common Garage kiosk onto a park swarming with people and roaring with noise. It was the 32nd year of Hempfest!

The Massachusetts Cannabis Reform Coalition runs this annual event, which they have since termed the Boston Freedom Rally. It had an original goal of legalizing marijuana in Massachusetts. Having achieved that, the event attempts to educate the community and keep issues related to marijuana in the public eye.

Fair enough. I voted for legalization and have no problem with either medical or recreational marijuana use by adults. I do, however, have a problem with ear-splitting, tinnitus-inducing, teeth-vibrating, can’t-hear-yourself-think noise. 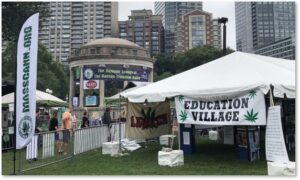 The Common was crowded with people as well as with several stages and rows of booths selling products and food. At first, I thought this would present no problem because the festival would end before my tour started at 7:00 pm. No such luck; it ran until 8:00 pm.

The noise radiated out from a stage on the Beacon Street side all the way across the Common to where I was standing by the Central Burying Ground. Even at that distance it made my eardrums vibrate. I tried to plan a tour route around it but couldn’t get far enough away and still give the tour. So, I warned my guests about the noise and started.

It got worse. Not only was the speaker LOUD, he was vulgar. Yelling at the crowd with the amps at full volume presented me with one problem. The words he used created another—and he used them all. The speaker seemed to think that blaring Motherf@#*r, and other choice obscenities made him important or relevant, or powerful or something. Instead, it just made him coarse and crude.

I had a family with a boy of about eight or nine in my group. At one point the family just faded away, choosing to remove their child from the vicinity. Shortly after that, a couple made their excuses and left. I didn’t blame them.

Spotting a police van, I was tempted to go ask the officers to quiet things down but they put the van in gear and got out of Dodge. I couldn’t even think how they could solve the problem without a shouting match.

Trashed in a Bad Way

On my way back to the car after the tour ended, I found that the Hempfest attendees had trashed the place—and not in a good way. Bottles, packages, wrappers, suspicious puddles and other detritus lined the pathways. (There were a gazillion portable toilets but some attendees clearly couldn’t be bothered.)

I had the dubious satisfaction of knowing that the final speaker, whoever he was, was going to have tinnitus in at least one ear for the rest of his life. But that didn’t make me feel any better about losing half my tour group—and the tips that went with them.

It also bothered me that my guests were subjected to this offensive performance as part of their introduction to Boston. Welcome to our city, Motherf**#@r! What an awful first impression to give any visitor to Boston.

Looking at the mess, I wondered who pays to clean up, and if the event is worth the cost. I probably got a contact high from the smoke as I walked across the Common twice but it didn’t make me feel any better about the evening.

Are there noise ordinances in Boston? If so, they are flouted with impunity on a regular basis and no one seems to care. Even a police presence right within earshot paid no more attention to the excessive volume from the Hempfest stage than they do to motorcycles and hot cars on the street.