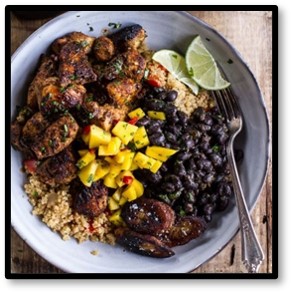 Food is a central theme in Cuban life, blending a rich history of the people who settled there with the tropical climate. This creates a delicious and distinctive culinary fusion.

To appreciate Comida Cubano is to travel through the somewhat complicated evolution of her history, its impact on culture and historical cooking influences.

A Fusion of Culinary Traditions

Cuba is 90 miles off Florida’s Key West coast and is the largest island in the Caribbean. It’s about the size of Pennsylvania and no point on the island is more than 50 miles from the sea. Today, approximately 12 million residents call Cuba their home.

As the only Spanish colony in the Caribbean, the island’s indigenous settlers are responsible for blending local ingredients with Spanish, African, and Caribbean flavors into the traditional recipes we enjoy today.

Cuban recipes originate from its climate and history. They incorporate local fruits like mango and papaya, and root vegetables like malanga, yucca and boniatos. Dishes also include seafood options like mahi-mahi and lobster, served with side dishes of plantains, rice and beans.

The earliest known inhabitants of Cuba, Caribbean Arawak Indians called the Taino, migrated from the Bahamas and West indies. 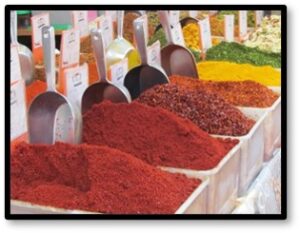 Then Christopher Columbus arrived in1492, claiming the land for Spain and naming it Isla Juana, which eventually became Cuba. The Spanish took over the island and by 1520, the Taino tribes and their culture were lost to the Spanish influence. That influence is responsible for the introduction of spices like garlic, cumin and oregano into the cuisine, along with the flavors of lime, bitter orange and bay leaves.

Cuba was the first colonized country in the Caribbean and it remained so until 1898 when the United States took over the territory in the Spanish–American War. The signing of the Treaty of Paris included Spain renouncing its claim to Cuba and ceding it, along with Guam and Puerto Rico, to the United States.

Despite the U.S. liberation and annexing of Cuba there is minimal American influence on the Cuban style of cooking. Western Cuba’s influence comes from its European roots while eastern Cuba incorporates the flavors of African and Caribbean cuisines.

The Evolution of Cuban Cuisine

The proximity of Cuba to the other Spanish-speaking islands introduced residents to Congrí, a traditional rice and black beans dish. Today it is a staple in Cuban homes and restaurants.

Foods from the Dominican Republic and Puerto Rico also appear in Cuban cuisine. A delicious example is mofongo (called fufú de plátano in Cuba), a simple Puerto Rican dish of mashed plantains stuffed with pork, chicken, or seafood. The regional variations in flavor come from the preparation and cooking of the meat, making them uniquely different and delicious.

Cuba Before and After Castro

There is the Cuba before Castro and the Cuba after Castro, and that timeline includes the food. Things changed when Castro came into power—and not for the better. 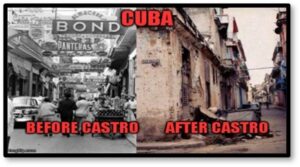 The Cold War’s impact on food ties directly to the U.S. policy forbidding trade with Cuba. This changed the island’s diet. The Cuban revolution and breakdown of U.S. relations in 1961 cut Cubans off from their ability to import from the United States. It forced them to find other sources to sustain their economy.

By declaring Cuba a Communist country, Castro strengthened the island’s ties with the Soviet Union. New foods like wheat, pasta, and yogurt became part of the Cuban diet. Beef and lard all but disappeared, making chicken and fish the new source of protein. Today, pork is the meat of choice in Cuba, and the main ingredient in many traditional recipes.

There is little-to-no American influence in traditional Cuban food. In immigrant cities like Hialeah and Miami, however, the Cuban residents incorporate American ingredients and cooking methods into many of their recipes.

A Cuban meal blends wonderful flavors and textures and it’s generally eaten all at once as opposed to dining on several courses. In their book Memories of a Cuban Table Joan Schwartz and Mary Urrutia Randelman share the heritage of pre-Castro Cuban cooking and how it remains central to the Cuban way of life. If you want to prepare and eat Cuban food, this book is a great resource. 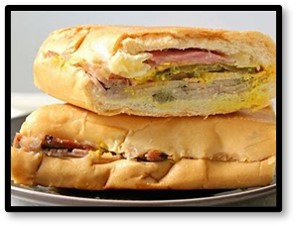 On the weekends I love to start my mornings with toasted Cuban bread and a cup of Cuban Cafecito at the local bodega.

Every bodega offers freshly baked Cuban bread. It is an airy white baguette made with lard and sugar, which gives it a wonderful crunch, flavor and sweetness. There are no substitutes. If you can’t purchase it, your best option is learning to make it.

One of my favorite main dishes is Mojo roasted pork. There are many authentic recipes and one batch of this delicious pork works across a variety of recipes. Serve it with beans and rice or in a fresh tortilla with cabbage salad and a drizzle of purchased or homemade crema. The iconic Cuban sandwich is a delicious way to use leftovers.

Travel to Cuba for tourist activities remains prohibited so the only way to visit is to have your trip fall into one of the twelve accepted travel categories. You also need a special visa known as a tourist card.

That means you and I are unlikely to travel there any time soon. But we can still experience the history and culture by traveling through its wonderful cuisine.