I want to Believe   ~ Fox Mulder, The X-Files 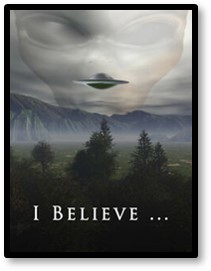 I am a card-carrying member of the We Are Not Alone Club. Unfortunately, my beliefs are not supported by a single piece of irrefutable evidence that I am right. Call it a feeling, a hunch or intuition, but I am certain Earthlings are not the only intelligent life out there.

Like Fox Mulder, I want to believe. Evidence to the contrary abounds, but so does a lot of investigative reporting offering conversation and credibility to intelligent life other than the humans we know. Some of these theories have their genesis in two earthbound locations: Roswell, New Mexico and Area 51, located in a remote section of Nevada.

I have a secret life goal to visit both places and know for sure. Is the truth out there?

Roswell is the site of famed 1947 UFO crash, with multiple eyewitness sightings and reports of alien life forms retrieved from said UFO. The government claims it was nothing more than a failed high-altitude weather balloon designed for cold war surveillance of the Soviet Union; but witnesses insist it was a saucer shaped craft piloted by aliens.

Roswell and Area 51 are not one and the same. Though they are frequently spoken about together, there is almost 900 miles between them. After the crash occurred in Roswell, the alien craft and crew are purported to have been retrieved by the government and eventually taken to Area 51 for research.

Multiple accounts of the government’s attempt to cover it up can be easily found, but this one has the most detail. I find it credible because it’s not as if the government doesn’t know how to cover stuff up.

In November of 1954, President Eisenhower approved the secret development of the U-2, a high-altitude reconnaissance aircraft and needed a remote and covert location for training and testing. They found it in the southern Nevada desert near a salt flat. It became the clandestine testing base for experimental military aircraft, including improved stealth technology, advanced weapons, electronic warfare systems and, in particular, high altitude, unmanned aerial vehicles. 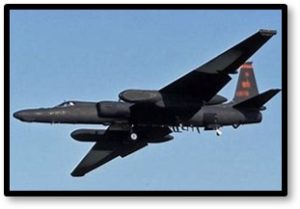 You can see Area 51 in satellite images, but it doesn’t appear on any public U.S. government maps.  Officially the facility is called Homey Airport or Groom Lake. It shares its border with a section of the Nevada test site, which offers it additional protection for any activity within the military base, including replication of alien space craft technology.

In 2013 the government (CIA) finally acknowledged its existence as a testing site. 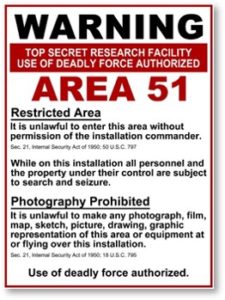 Military and contract employees travel to the location from a fenced-off area of McCarran Airport in Las Vegas on Janet Airlines, the unofficial name given to the classified passenger aircraft operated by the United States Air Force. Defense contractor EG&G owns the terminal. The unmarked planes use the word Janet followed by three digits as a call sign to the airport’s control tower.

Area 51 is heavily guarded. The perimeter is surrounded by cameras and motion sensors. Civilians attempting to enter the restricted area are confronted by armed guards permitted to use deadly force if warnings are ignored.

The most common punishment for coming too close to Area 51 is a $600 fine and the confiscation of cameras. Those who appear to be photographing or reporting on the area have been known to receive a visit from the FBI following payment of their fine.

Hard-core conspiracy theorists believe the Apollo moon landing was staged in the desert at Area 51. I do not subscribe to that urban legend, but the possibility that alien beings and some type of spacecraft are concealed there for research and experimentation straddles the line between rumor and probability, in part because its existence is repeatedly denied.

One of the most vocal and high-profile sources regarding alien artifacts and entities is the late Senator Barry Goldwater, who believed they existed; housed in a top-secret location known as the Blue Room at Wright Patterson Air Force Base.

Goldwater made no secret of his attempts to gain information and access to the Blue Room while the government continued to deny its existence.In 1994 he recounted one such experience on Larry King Live.  He spoke of a request he made to General Lemay to be given access to the Blue Room. Goldwater claims Lemay swore at him and said, “Don’t ever ask me that question again.” When asked if he thought the US government were withholding information about UFOs from the public, Goldwater answered, “Yes! I do.”

The US military and government deny the existence of the room, or anything remotely similar. I’m not so sure.

The Truth is Still Out There 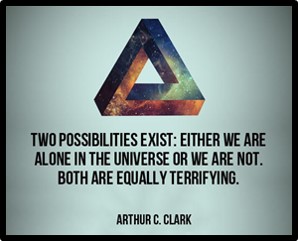 I am fascinated by this topic and truly believe we are not the only intelligent life forms.  Is the proof I seek hidden in a hangar at Area 51? I lean towards No but believe the desert location is the site of ongoing secret government testing of military warcraft. The aliens, if they exist, are somewhere else.

Stephen Hawking agrees with me. In 2010 he said that in a universe with 100 billion galaxies, each containing hundreds of millions of stars, it is unlikely that earth is the only place where life has evolved.

In November of 2011, the White House released the following statement:

“The U.S. government has no evidence that any life exists outside our planet, or that an extraterrestrial presence has contacted or engaged any member of the human race. In addition, there is no credible information to suggest that any evidence is being hidden from the public’s eye.”

There is a wealth of information on these topics, and for fellow believers this recent  Popular Mechanics article on Area 51 is a great read.  Spoiler alert—the government denies everything.