“Why is the path unclear,
When we know home is near.
Understand we’ll go hand in hand,
But we’ll walk alone in fear. (Tell me)
Tell me where do we go from here.”

Susanne Skinner’s post yesterday on moving her father to an assisted living facility reminded me of the time when we were on that same path with our parents. There’s a funny thing about the road to assisted living: along the way you encounter a line. It’s intangible and sometimes invisible and it moves like the yellow first-down line on a televised football game. 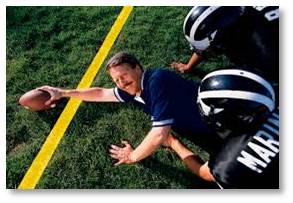 On the familiar side of that line, our parents are healthy and stable.They take care of their themselves, their home, and their finances and don’t need any help from their children, thank you very much.

They travel, go out to eat, go to parties and gatherings and don’t invite any scrutiny into their private affairs, much less questions they would consider meddling. If they have trouble getting around in some way, they compensate with services that they pay for when needed.

On the Other Side of the Line

On the far side of that line, they are not quite together, either mentally, physically, or both. Finances get away from them. Bills pile up. They may begin confusing solicitations from charities with bills that must be paid and send money to strange organizations.They don’t go out much and complain about getting around in snow or rain.They make one bad decision and then another.

The most difficult thing about the parental care line is that it can best be seen in the rear-view mirror. Adult children think they can see it coming but that’s rarely the way it happens. Instead we visit and find that things around the house are different–and not in a good way. We mention a past activity or future appointment and realize they have no idea what we’re talking about. Perhaps a visit to the doctor results in a diagnosis they don’t understand and a recommendation for surgery that frightens them or, worse, sends them into denial. They don’t tell us.

Along this road, trying to pin down this parental care line, you will have questions. They usually sound like this: 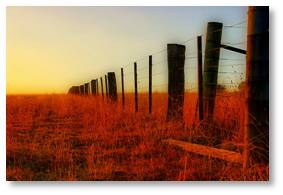 How do we know what to do? Our parental units come from a self-reliant generation that finds it difficult to admit there’s a problem, much less ask for help. They have a tendency to gloss over problems and dismiss the gravity of an issue. They assert that they are perfectly capable of living alone even as they make another bad—even dangerous—decision.

The parental units may even grow devious, seeking help from outside services or neighbors rather than to admit to their children that they are no longer in charge of their lives.

Staying Out or Stepping In?

When do we step in? As adult children we approach this point gingerly, with apprehension and perhaps anticipating a rebuff. That may happen or they might express relief that their kids are (finally) going to help even though they have done their best to ensure we stay out of it.

How do we grasp the problem?  A series of questions will usually reveal the gravity of the situation, like peeling the layers back from an onion. If a mind-altering disease such as Alzheimer’s is involved, it makes everything worse. Look around the house, check out the place where they keep and pay bills, look in the refrigerator, and examine the mail, especially if it’s piled up unopened. Yes, it’s snooping. But it’s also necessary.

Talk to the neighbors. HIPAA regulations mean their doctor won’t say anything to you unless your family member is in the room but sometimes you can arrange that. Look for dirt where the house was spotless, canned good long past their expiration date, mummified food in the refrigerator, water stains on the ceiling, clutter, anything out of the ordinary.

Crossing the Line of Parental Care

Where is the tipping point?  Often an incident pushes us over that parental care line—even if we have been in denial ourselves. With my dad it was heart surgery that he had refused until aortic stenosis began limiting his life. During the surgery he had a stroke that paralyzed the left side of his body. Suddenly he was no longer mobile or functional. Mom had been gone for a few years and we were watching over him.

I knew how fiercely my father protected his finances, but he could no longer write checks. So when he got into a rehab facility, I came to visit with the bills, which I had opened and sorted, and his checkbook.  “Let’s go over them together,” I said, “and I’ll write the checks so you can see what‘s being paid and by how much.” Dad looked at the stack of paper in front of him and then pushed it toward me. “You do it,” he said.

And, just like that, we had crossed the line.

With my husband’s mother it was more difficult. Sarah lived in Manhattan and we drove down only infrequently. She received kidney dialysis treatments three times a week and traveled to the hospital via car service. But we began getting calls from her neighbors telling us that Sarah was showing up in their apartments at night, insisting that she had an appointment. The dialysis center called to say that she had appeared in the wee hours of the morning for her treatment. 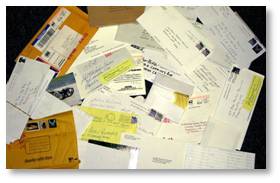 Clearly we had to do something and we could not do it from 200 miles away. We went down and found her kitchen table piled with unopened mail, her taxes un-filed, her checkbook full of checks to charities she did not care about, food left out on the counter as well spoiled food in the refrigerator.

It was obvious that we had crossed the line.

What to Do Next in Parental Care

What do we do next? Making that decision is a tough one. For my dad, it was simpler. He moved from rehab to a nursing home and then we moved him to a wonderful assisted living facility near us where he had a wheelchair-accessible room. We could visit regularly and talk to the staff about his condition. He was happy to make the move because, unlike nursing homes, assisted living separates the lucid from the demented. That makes life easier for those who have retained all their faculties and helps them to feel healthier.

With my mother-in-law, we actually found an assisted living facility before we made that trip to New York. We simply told her that we were moving her to Massachusetts and that we would be down the following weekend to finalize the move. She was not happy but she welcomed the help and the prospect of being near her grandchildren and her surviving son. Once here, she was diagnosed with Alzheimer’s and appropriate decisions made—actions that would have been more difficult had she remained in New York.

Where Do We Go From Here?

This step requires, as Susanne said yesterday, determination, perseverance and refusal to be derailed by a parent who doesn’t want to go. When you’re on the far side of that parental care line, you have to be obdurate. You are the one in charge now and you have to make the right decisions. It’s not easy. You may be yelled at, challenged, tarred as a greedy child who only wants to sell the house and take the money, even threatened.

Don’t be put off. Remember that you’re doing the right thing for everyone involved. Then move ahead.

Parental care is a difficult road and it can take a long time. Once you have crossed that line you’ll wonder why you didn’t see it sooner. You’ll feel guilty that you should have seen more than you did sooner than you did, worried more than you did, taken charge months ago. Don’t beat yourself up. Just do the best you can, make sure they are well cared for, and love them for as long as you have them.

“The battle’s done,
And we kinda won.
So we sound our victory cheer.
Where do we go from here?”

Once More With Feeling,
Buffy the Vampire Slayer