There have been many responses to Hollaback’s video of a woman walking through New York City recording the comments that men made to her—along with the man who walked alongside her for five minutes. Of the reactions to this street harassment that I have seen and read, one really stands out. It’s a CNN interview by Fredericka Whitfield with a woman, stand-up comedian Amanda Seales, and a man, author Steve Santagati, to get their perspectives on the currently hot issue of street harassment. 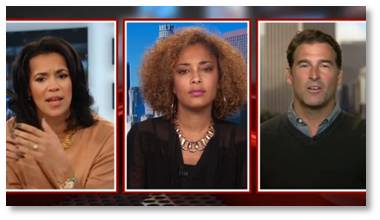 I was particularly interested in this interview because, like most women, I wanted to know from the male perspective why the heck guys do this.  It’s a puzzle to many women. We know men look: they’re hard-wired to do that and, as long as they keep their feelings to themselves, we don’t care. We look, too, but we don’t feel driven to express admiration — or lust — either verbally or physically.

Steve Santagati wrote “The MANual:  A True Bad Boy Explains How Men Think, Date, and Mate—and What Women Can Do to Come Out on Top.” He’s also a proponent of the extreme sports so beloved by many men and that gives him a position of some authority as a certified, card-carrying male.

In the @CNN interview, however, @SteveSantagati explained that women would not be offended by street harassment if all the men doing it were hot.  Really.

Because all women care about is being told how pretty we are.  Really.

You may notice, as @AmandaSeales points out, that he does not actually explain why men harass women on the street; instead he tells us what women think (or should think) about it. Next he points out that when women don’t harass men on the street, they’re abusing men by not bolstering their self esteem. Really.

I just love it when a man turns his behavior around to make himself the victim.

Next, he tells women how they should react when a man harasses them on the street: which is to say, like a man. This shouldn’t be a surprise, of course. Men tend to think that all human beings are the same and that the male standard of behavior applies to women as well. The fact that women think, act, react and have been socialized differently has clearly escaped him. Remember, men have words for women who think, act, and react like a man and those words are not often complimentary. So understanding how men think is valuable but having a man tell women how they should behave is usually not.

“If you don’t like it as a woman, turn around and tell them to shut up,” he says. “Stand up for yourself. Act like a strong woman.”  When Ms. Seales points out that women have been killed for doing just this, he replies, “Then carry a gun.”

So this bad boy’s advice is for women to confront men as a man would do. They’re hard-wired to confront other men and to ratchet up the confrontation until one of them wins—that is to say, dominates and becomes the alpha male. This happens all the time in civilized society, whether it’s in the halls of Congress, the baseball field, the courtroom, the hockey rink, a talk show, a web site, or in the board room.

But women are not men. We don’t have that anthropological drive to dominate.  Thousands of years of history have taught us that it’s dangerous for a woman to confront a man, especially physically, and even more dangerous if the man is a stranger. “Oh, I’ll get in that guy’s face and shout at him and threaten him until he backs down,” said no woman, ever.

If Shoshana Roberts, the woman in the video, had taken Mr. Santagati’s advice she would have engaged in over 100 confrontations with strange—and pretty scary—men.  Carry a gun? That’s ratcheting things up all right and they could ratchet a woman right into prison. Or into an early grave if he’s also armed.

“How many women get killed vs how many women stand up for themselves?” Mr. Santagati asks. Well, that’s a terrible question. That’s not standing up for yourself, that’s asking for trouble. If one of the women who gets killed is you, that’s all that matters. In fact, that’s all, period.

My Explanation for Street Harassment

So here’s why I think men harass women on the street. What they really want to do is put their hands on the woman in whatever way they please. But the law prevents them from grabbing a breast or pinching a butt or worse. That’s called assault and it can send them to prison. So they put their voices all over her instead.

There’s no law against speaking so they reach out to touch her with their words. Their goal is same as with touching—to dominate and possess: “This is my street and I’ll say whatever I want. You can’t stop me. That puts me on top. If you don’t like it, so much the better.” It’s a verbal assault and that can feel like verbal rape. 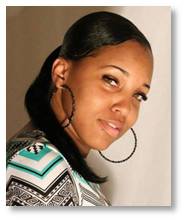 There really is not much that a woman can do about it. As I explained in a previous post, any response you give exacerbates the situation because attention is exactly what the man wants. He will often take it attention as encouragement and move to the next level. Ignoring him is better, although  women have been attacked and even killed for rejecting the advances of a man harassing them.

Mary “Unique” Spears was killed in Detroit after the funeral of another family member when she refused to give a harasser her phone number. A woman in Queens, NYC, was slashed when she rejected a man’s advances. Last year a woman was stabbed in San Francisco and a 14 year-old girl was run over in Florida for refusing to get into a stranger’s car. So no response is truly safe when a woman is harassed on the street.

Stranger Danger on the Street

All we know is that you’re a strange man who is saying very personal, often explicitly intimate, things to us. No woman is going to interpret a man walking alongside her on the street as an expression of benign interest. As Margaret Atwood said, “Men are afraid women will laugh at them. Women are afraid men will kill them.”

So, once again, don’t be that guy. And don’t sympathize with that guy. Or rationalize his behavior. Or tell us how you should respond to him. We just want men to leave us alone on the street.