Last night I went to a meeting of the Marketing Professionals Network. The members are marketing pros here in Massachusetts who work in a variety of industries including high-tech, legal, healthcare, higher education and financial services. Some of the folks are working but most are looking for their next position. Although they are experienced and trying very hard to get a new job, they are having trouble. The one factor they all have in common is age. Let’s just say there were no young people in the room last night.The lucky folks have gone from one short-term opportunity or contract position to another as full-time jobs with benefits and decent salaries become every more scarce. The unlucky ones have not landed anything and are getting discouraged. This is in Massachusetts, where the unemployment rate is much lower than in much of America.

What puzzles me is that our politicians and pundits can’t seem to connect these two dots. On the one hand they rail, rightfully, against our high unemployment rate. On the other they want to raise the eligibility age for Social Security as a way of dealing with the silver tsunami—an oncoming wave of Baby Boomers. They act as if work is a river which people can swim in when they want and leave when they are ready.For many older Americans, however, work has become more like the dry season in Africa: wide swathes of arid land surrounding a few scattered pools of water. The animals migrate from one pool to another and hope to avoid the lions that lie waiting for their meal to come to them. At least the antelopes can look forward to the rainy season; for aging Baby Boomers, relief is never going to arrive. 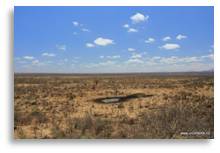 There are probably more reasons for this age selection than I know but here are some of the motives behind why companies prefer employees in the Millennial group:

Sound good, don’t they? The problem is that these reasons represent yet another industry fad that has more shine than substance. When you look closer, they don’t hold up. Here’s why:Reason #1:  Young employees may be cheaper but they spend a lot of time learning things the older employees already know. So you don’t get more work from them until they have been with you long enough to gain some real, hands-on experience. By that time, though, they have probably already moved on to their next job. Because young people are smart enough to figure out that raises are few and far between so the only way to earn more money is to jump to another company in a year or two. They have little loyalty to the company, which is smart because it has already demonstrated it has no loyalty to its workers by dumping the ones who stayed there to help the company become successful. 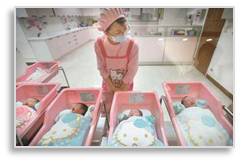 Reason #2:  Young employees may not have the kinds of healthcare problems typical of older workers but Millennials do one thing that incurs very large health care expenses: they have babies. Sometimes they need in-vitro help to do it. That jacks up healthcare costs. And don’t forget the leg broken on the ski slope, the major damage from the motorcycle accident, the shoulder dislocated when windsurfing, and other sports-related injuries. Those claims can add up in a hurry.  Reason #3: Young employees do have a lot of energy but they don’t plan to use it on the job. I have worked with more than a few Millennials and I know that they show up for work at nine and bolt out of there at five on the dot. They have better things to do in their lives than spend time in the office. Whether they are socializing with their friends, heading out for a ski weekend, or any one of many exciting activities, they are not putting in more than a 40-hour week. Once children arrive, they take maternity/paternity leave or vacation time to deal with the new addition. Then there’s all the time lost to pediatrician appointments, the bug they picked up at daycare, etc.  Reason #4:  Young people are going to take a lot longer to get that real-world, hands-on experience if there is no one to teach them. Once the experienced workers are gone, the Millennials are on their own. They have to spend a lot of time reading, watching webinars and going to seminars before they know what an older worker could have taught them in two days—or ten minutes. That extended learning period is time when they are not working productively.  Reason #5: Young people may “get” social media but that doesn’t mean they will use it for the company’s benefit. Youth tends to believe that the world revolves around them: it’s just human nature. Those photos are not called “selfies” for nothing. Oh, and Millennials don’t “get” privacy or discretion. They’re happy to share, even if it’s something you’re rather keep to yourself.

Will the youth fad wear out and companies come to realize that older workers offer real value in terms of experience, maturity, dedication, and a strong work ethic? Only time will tell—and time is not on our side.