The first day of spring was last week and April starts next week yet we are shivering in below-freezing temperatures and looking down the barrel of a Nor’easter that could drop five inches of snow on parts of Massachusetts. 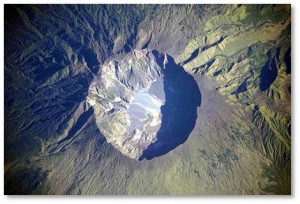 It’s been a long, brutal winter for everyone from the Midwest to the Atlantic because a low pressure pocket over the northern Pacific Ocean pushed the Jet Stream further east. That pocket isn’t moving so there’s no telling how long the Endless Winter will last—and whether summer will ever arrive.

But that’s really hyperbole. Alaska and the West Coast have seen unseasonably warm and dry weather and the rest of the world is experiencing weather patterns of their own. At times like this, it can be reassuring to remember that there was a real Year Without a Summer and it had nothing to do with a Polar Vortex.

It happened in 1816 and it affected most of the Northern Hemisphere.

First, 1816 fit into the period known as the Little Ice Age, which lasted from around 1400 to 1860. During this time, temperatures were much colder than they are now and rivers like the Thames froze over. Still, spring arrived on schedule in May and the prospects for the growing season seemed good until the cold weather abruptly returned with frost as far south as Virginia. The skies seemed permanently overcast and it blocked the sunlight that would warm the air and make the crops grow. Something had happened on the other side of the world from the U.S. well before the term “nuclear winter” had been coined. 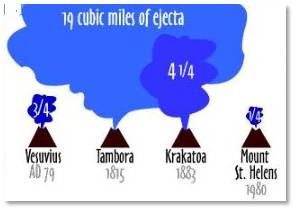 On April 10, 1816 Mount Tambora, a volcano in Indonesia that had been thought extinct, erupted catastrophically. The explosion was so huge that it obliterated 4,000 feet of the mountain’s top.

Along with the tsunamis it triggered, the eruption killed 10,000 people on Sumbawa and surrounding islands. The eruption of Mount Tambora was much greater than that of Krakatoa decades later but no one knew about it outside the area because the telegraph had not yet been invented. A volcanic dust cloud the size of Australia rose into the atmosphere and spread out, creating what became a three-year climate crisis.

At the time weather patterns were only vaguely understood and the Jet Stream had not been discovered. No one knew what had happened or that a plume of volcanic dust was spreading throughout the upper atmosphere like a deadly veil. Worse, it contained droplets of sulphuric acid that were too light to fall to earth but could reflect the sun’s rays back into space. The cloud created a devastating shift in global temperatures, a “volcanic summer” so to speak. Had the unnaturally cold weather that followed occurred during the winter months, consequences would still have been drastic but not as bad as what happened. Unfortunately it coincided with the growing season in the Northern Hemisphere.

This was a period of time when most of the world’s people depended on subsistence agriculture for survival. Crops failed in New England, Europe and China, creating global famines that, along with their associated diseases, killed approximately 80,000 people.

But the devastation didn’t stop there. The year New Englanders called “Eighteen Hundred and Froze to Death” had a variety of results including “famine, disease, dislocation and unrest.”

Will Summer Come This Year? 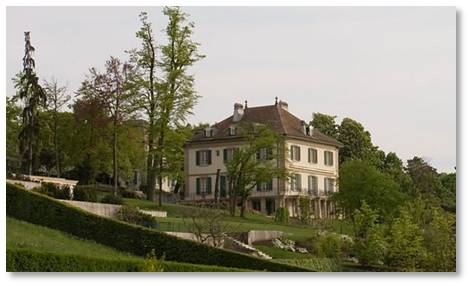 Compared to this, the winter of 2013-2014 has been a snap. Food prices have gone up because of the drought that hit California and Texas. The cost of heating has also risen. But there has been no widespread famine, no riots, no outbreaks of disease.

Riding Out the Cold

We have been able to ride out the cold and snow like the Shelleys and their friends in Villa Diodati, who had the money to remain comfortable, if inconvenienced, while people starved around them. But, of course, we’re prepared for cold weather in the winter.

This summer may indeed be colder than normal if the low pressure area doesn’t move and the Jet Stream continues to bring arctic air masses into the eastern U.S. Owners of vacation properties and tourist businesses may not do well. But no armies of starving people will take to the roads in protest and we won’t have to fear epidemics of typhus and cholera.