Logically, of course, I might have realized that the Danube and Rhine Rivers traverse uneven topography .A system of locks must compensate for these differences in elevation. If asked I could have said that the Rhine flows north while the Danube flows south and streams flow in different directions on opposite sides of a mountain. But that’s it. I didn’t know about the European Watershed: It just didn’t appear on my radar screen. 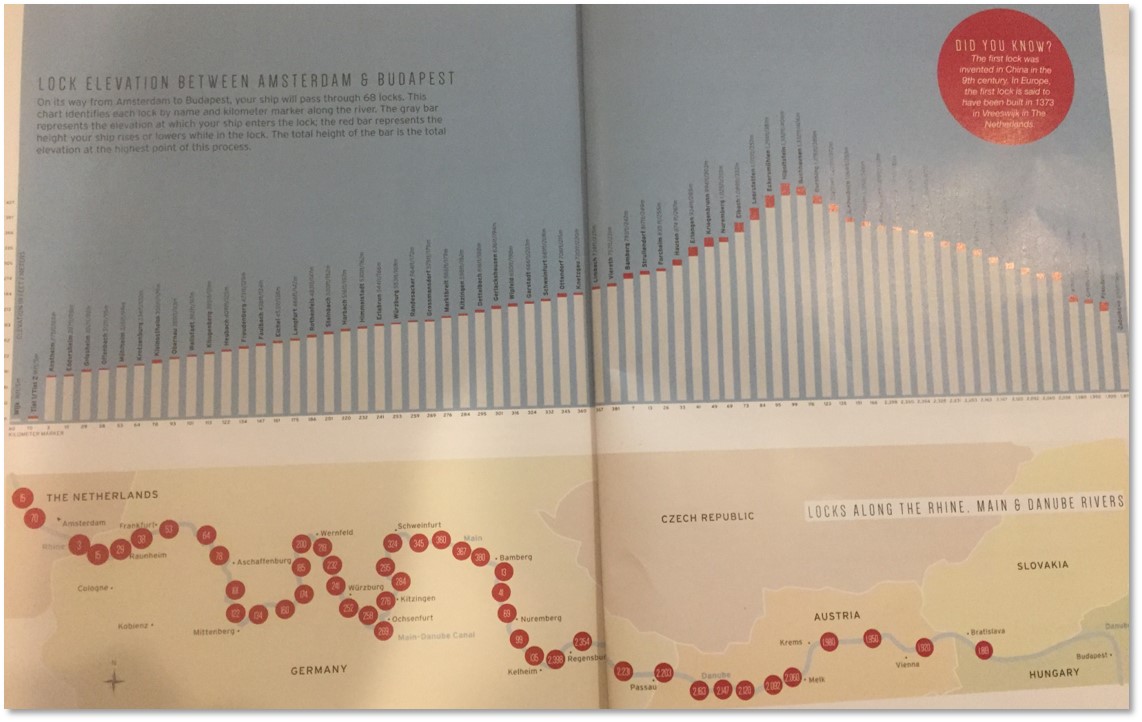 It surprised me to discover that, because of the European Watershed, Viking Modi would pass through 68 river locks along the journey. First, we would go up from Budapest to Hipoltstein and then we would go down to the Low Country. Woo-hoo! That added a whole new dimension to our linear trip. 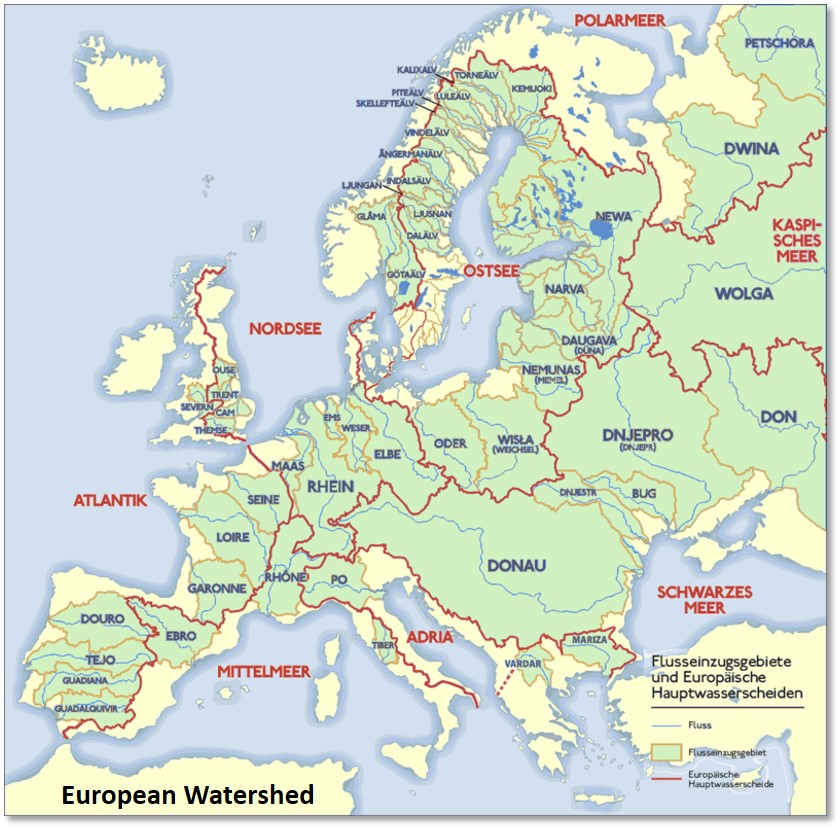 To cross over the European Watershed, Viking Modi rose from an elevation of 380 feet / 116 meters at the first lock at Gabcikovo in Hungary to a peak of 1,332 feet / 406 meters at Hipoltstein in Germany before dropping us back to 161 feet / 5 meters at Wijk in Holland. We encountered the tallest river locks on the Rhine-Main-Danube Canal, at the peak of the European Watershed. Our Program Director, Mieke, explained that we would find this process interesting for about the first 14 locks and then it would become routine. I always found it interesting and the really big river locks exciting. I became a lock geek. 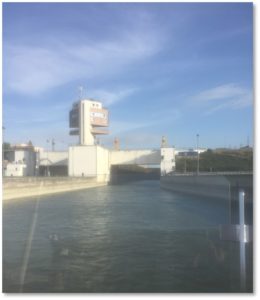 Viking Cruises makes its lock reservations a year in advance but the Lock Master runs the show and determines what happens at the gate. Sometimes we had to wait for another boat to come along so they could put two of us through at once—which conserved water and energy. At other times—usually at night—we zipped through because we hit the locks just right, like when all the traffic lights on the road ahead are green.

Ships in the Lock 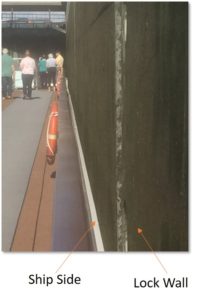 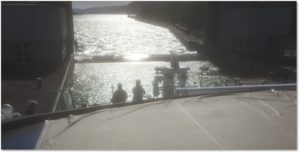 I watched us go through some of the river locks while I was doing Yoga on the Sun Deck in the morning before breakfast. We cruised through others while I sat talking to friends on the Aquavit Deck at the bow of the boat after dinner while the sun set slowly and lights came on along the bank.

At the Ybbs Lock just north of Melk in Austria, I stood on the Sun Deck and watched water blowing off the top of the lock gate ahead of us and shining in the sun as we rose to meet it.

I kept thinking how much my Dad, the engineer, would have loved doing this. He would have been taking pictures with his movie camera and talking to the crew whenever he could. Dad would have considered visiting the pilot house the highlight of his trip.

I usually focus on art, history, and museums but I enjoyed the engineering component as well. That must mean I’m my father’s daughter.