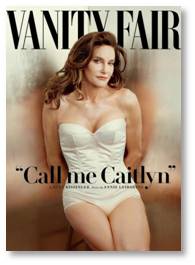 My February post on Transgender Socialization  presaged the whole brou-ha-ha that has erupted since Bruce became Caitlynn. When Ms. Jenner followed up her transition by posing provocatively in a swimsuit for the cover of Vanity Fair magazine—as well as in a variety of designer outfits for the article inside—it generated a storm of controversy about what makes a woman. This was best articulated in two articles, “What Makes a Woman” by Elinor Burkett in the New York Times followed by “What Makes a Feminist” by Jill Filipovic in Cosmopolitan. Both have interesting, if somewhat different, perspectives.

I won’t comment on how unlikely it is that the typical woman will be photographed by Annie Leibowitz for a cover shot and photoessay in a glossy magazine but that’s really the least of the things that disturb me about this situation.

My husband thinks it’s a tempest in a teapot and refuses to give it any of his attention. Fair enough. That’s generally my opinion about any celebrity gossip having to do with scandal, pregnancy, marriage or divorce and that is what passes for news these days. Also, I can see where a man would be far less interested in this story than a woman would. But as I said in my previous post, I tend to agree more with @elinorbur and Simone de Beauvoir that being a woman transcends possession of the biological equipment. Biology is not destiny but socialization is important.

According to Elinor Burkett, transgender females are seeking to redefine what makes a woman in way that accommodates their choice. It does not surprise me that people who were born men, socialized as men, and took advantage of the privileges of being men seek to define—or redefine—womanhood. Men have been doing this for centuries, after all, dictating women’s behavior, physical attributes, social status, level of acceptance, fashion, and even how, when, or whether women could speak. Having chosen to become women, they now want to make sure they are accepted, and they do this by behaving in ways so typical of men that they demonstrate their total lack of understanding of their adopted gender.

In the process of creating that definition, some transgender women have been attacking the use of physical terms like “vagina” as exclusionary. They prefer, it seems, to call it the “front hole.” (Those of us who are born women, on the other hand, understand its actual anatomical position.) 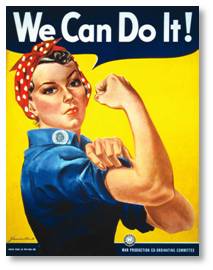 When you’re talking about reproduction, however, a vagina is essential. If you don’t have one, you don’t have any skin in the reproductive game, as it were, or truly understand the issues that affect women around reproduction. It’s all philosophical or political to you.

I would have hoped that transgender women would join the fight for equality of employment, treatment in society, opportunity, and choice. It would be nice to have more women marching arm in arm for equality. But no. Instead they are joining the ranks of women criticizing other women, as we have seen so often in the Mommy Wars that pit working mothers against stay-at-home-moms. Trans women are fighting born women for the right to be included in the ranks without realizing that they don’t need to go on the attack to get there. 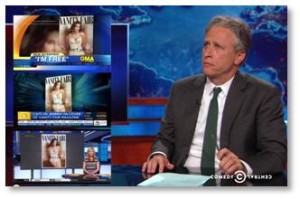 As Jon Stewart so brilliantly pointed out, Caitlynn Jenner can now expect to be catcalled on the street, demeaned and insulted in gatherings, harassed and paid less at work (well, maybe not her), and objectified pretty much all the time. Her accomplishments faded into the background almost immediately with the press focusing instead on her looks. Having already objectified herself in pursuit of femininity, Ms. Jenner might not protest some of these but encountering them in her daily life may come as a surprise nonetheless.