In the real world, Olympic athlete Bruce Jenner is transitioning from male to female, a process that is being documented by People magazine. (Relax, I read it at the doctor’s office.) On TV, the series Transparent shows Jeffrey Tambor becoming the most unattractive woman since Maria Maultasch, Countess of Tyrol.

In the movie world, the Wachowski brothers, creators of The Matrix series, have turned into the Wachowski siblings as Larry transitioned to Lana. It all makes one wonder whether transitioning from male to female is the new mid-life crisis for men.

On the whole, I prefer a little red sportscar. 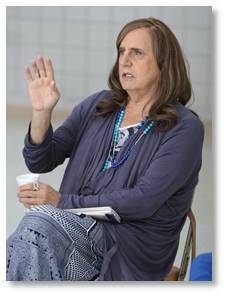 When it comes to what people do with their private lives, I really don’t care as long as they don’t harm small children or frighten the horses. And I’m all in favor of adults making their own decisions about what to do with their own bodies.

But one thing does confuse me. It’s something I simply don’t understand. As People magazine noted, moving from one gender to another is time-consuming, difficult and expensive. The transgender process typically involves psychotherapy, hormone therapy, counseling and surgery. It can be very painful. One must be truly dedicated to go through it.

More Than the Sum of Our Parts

Yet human beings, male and female, are more than just the sum (or subtraction) of their parts. We are more than physiology, mindset, and cosmetics. We are, all of us, the result of years of socialization into what it means to be male and female. This begins at birth with the assignment of “appropriate” colors and continues through childhood and adolescence into adulthood.

Socialization teaches us what the correct, accepted, and approved behavior is for the gender to which we belong. In her wonderful book “Hardball for Women,” Pat Heim notes that:

“Although we grew up together in the same homes, with the same parents, eating the same foods, watching the same TV shows, and sitting in the same classrooms, men and women in our society come from disparate cultures. We may be blinded to the differences in male and female culture by our assumption that since we’ve been raised in the same country, we must all share similar values. After all, the differences are not as great as if our male counterparts had come from Pakistan, Bali, or Nigeria. Or are they?

The truth is, they just may be. Social psychologists studying sex role development have found that American girls and boys are acculturated quite differently: Girls are taught to be fragile, dependent, compliant, cooperative, and nurturant, while boys learn to be sturdy, independent, active, assertive, aggressive, and unemotional.”

Socialization molds us, shapes us, files off the rough bits, fills in the gaps, and adds or removes polish where needed. It takes place in playgrounds and playgroups, living rooms and classrooms, supermarkets, Scout meetings, shopping malls, movie theaters and libraries. Every time a parent, teacher, Scout leader, coach, or other authority figure rewards, chastises, frowns at, smiles at, guides, recommends, or otherwise influences a child’s behavior, that child is learning how to act in his or her proper gender role.

So how does transgender socialization work?

Powerful and All Encompassing 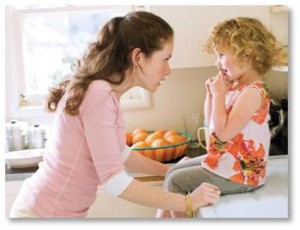 How daughters learn to be feminine

Socialization is powerful and all encompassing. It affects every aspect of our lives.

You see what I mean?

Children are acculturated into their proper gender roles many times a day, every day, wherever they are. We absorb all these messages until they are part of the fiber of our being. Until we don’t think about them anymore or even realize that they exist.

So, while I know that a biiological male can take hormones, get counseling, subject himself to surgery, put on a skirt and lipstick, and change his name, I don’t understand how he can jettison all those years of socialization as a male and take on new messages that he has never heard before. (This also applies to women transitioning to men, of course.)

How to Eat a Bagel

Several years ago, the Boston Globe ran a two-part series of articles on a local doctor who had transitioned to female in middle age. Some of the things she encountered were expected. Others were surprises. Post transition, she had coffee with a man who knew immediately that she had not always been a woman. When the doctor asked the man how he knew, he replied that she had taken a very large bite of her bagel, far larger than any woman would have done.

The doctor had never heard her mother say, “Don’t jam food into your mouth,” or “Big bites are unfeminine,” or “It’s so unattractive when you take such a large bite.” The acculturation just wasn’t there. 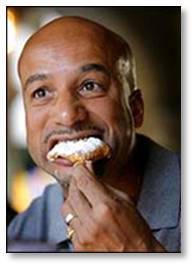 In a previous post, Leaning In and Bossy Women, I mentioned meeting a woman who was former colleague at a party. I didn’t know that she had transitioned from male to female and didn’t recognize the new person in a skirt and sandals. What I knew immediately, however, was that this woman didn’t act like a woman—she simply didn’t know the rules of female interaction.

On another occasion I was having lunch with a group, and we were discussing a woman with whom we were all acquainted—but who didn’t behave like a woman.  Her hair was unkempt and free of any styling. Her clothes were mismatched. More than that, however, she strode across the room. She sat with her legs apart. She cleared her nose by snorting loudly and blew her nose into a large white handkerchief that she then stuffed back into the pocket of her jeans. In short, she acted like a man. We agreed that she must have transitioned without understanding anything about feminine behavior—even from simple observation.

They Don’t Get It

It doesn’t surprise me that men not only don’t know how to behave as women, they “don’t get it” that women have different rules of behavior. Because men are the dominant gender, they tend to think that their rules are everyone’s rules. They don’t understand Ms. Heim’s point about disparate cultures. They truly don’t know that women, “operate within a narrow band of acceptable behavior,” as Ellen Van Velsor says in Breaking the Glass Ceiling. And they don’t know what those acceptable behaviors are.

So, while these newly made women may dress in the latest fashions, style their hair, wear cosmetics, and look female, they often come across as men pretending to be women. It’s odd and offputting. While I understand this dissonance intellectually, it floors me that the transgender process, as time-consuming as it is, seems to not address the problem.

Not that I know how it could be addressed, mind you. Classes and role play would certainly help but I think no amount of training can replace the years of socialization that go into making a woman act like a woman and a man act like a man. I may be wrong, but I remain to be convinced.