America is the land of opportunity. To those who want to cross her borders without documentation it represents the last bastion of hope. The risks undocumented immigrants undertake to get here are worth the haven they believe they will find—safety, freedom, political liberation and yes—opportunity. 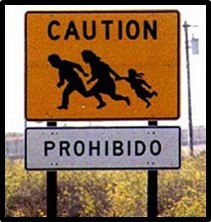 Only a fraction of the immigrants will arrive unharmed and that is before illegally entering the United States and facing the threat of the U.S. Border Patrol, whose job is to track, detain, and deport them.

The dangers along the way are massive; their fate rests on far more than what awaits them at the US border. The journey of the undocumented immigrant is not a pretty one.

Getting Here from There

This topic dominates the news, both sides arguing the proposed laws. Everyone has an opinion. This is not that.

Curiosity led me to the internet to learn about the journey these desperate people undertake, risking their lives to find a better one across the border.

I am sitting on the sofa while the rain falls outside. It’s damp, but not with the cold that sometimes accompanies rain this late in the year. The aroma of turkey on the rotisserie fills the house with the smell of tonight’s dinner and later on I will sleep under my own roof in a warm bed. I have a job that pays well and provides health insurance. I am living the dream.

Migrants attempting to gain illegal access live in a nightmare, trying to escape the hardships and atrocities of their home country. Twenty-five years ago, you could cross the border in broad daylight in less than 30 minutes. Those caught by the Border Patrol simply turned around and crossed again until they were successful.

Today, stepped-up enforcement means fewer are trying, more are getting caught and many are giving up. The number of unauthorized immigrants, especially those from Asia and Central America, reached 11 million in 2016.

Crossing illegally is not only hard, it’s dangerous. Extreme weather is one of the hazards migrants encounter. Many die from dehydration, heatstroke or hypothermia.

Yet they are willing to take that risk; believing the American Dream is on the other side.

There’s a network of freight trains that runs the length of Mexico, from its southern border with Guatemala north to the United States. These aren’t passenger trains; there are no windows, seats or even a roof to protect passengers from the elements.

Immigrants call the train La Bestia, or The Beast. Some call it the Death Train. Over half a million ride The Beast each year. The journey can take anywhere from a week to several months. It is a freight train and there is no food, drink or guarantee of safety. Many won’t survive. Falling off the train or getting sucked into the wheels trying to board while the train is in motion results in severe injury, including loss of limbs and even death. Derailments are also common. Some travelers simply disappear.

Migrants walk for days to avoid checkpoints and roadblocks. Pregnant women, mothers with children, teenagers and adults of all ages sleep on the streets. Forged birth certificates are available at a price, either to migrants or their traffickers.

Then there are the Coyotes, another name for criminals who facilitate human smuggling across the Mexico–United States border. They have no moral threshold, holding women and children against their will, sexually assaulting, robbing and even murdering them.  Clients are often forced to smuggle drugs for the Mexican cartels in exchange for the promise of transport across the border.

The Price of Freedom

Donald Trump’s wall is far from reality, but smugglers are already factoring it into their fees. The expectation of an immigration crackdown is increasing the number of people attempting to flee, giving coyotes leverage to charge higher fees. 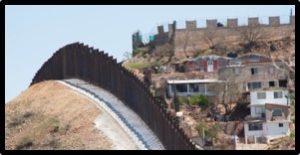 Estimates are difficult to come by, but shelter officials say costs range from $5,000 to $10,000 for migrants coming from Central America with prices as high as $15,000 in other areas.

Human rights experts claim 10,000 undocumented immigrants are kidnapped every year during their passage through Mexico. They are sold into gang labor, drug cartels and sex trafficking rings.

Unaccompanied children are also big business. Coyotes claim U.S. policies are lenient towards children, convincing parents that children who turn themselves into the Border Patrol will be allowed to remain in the country. More than 52,000 unaccompanied minors have been apprehended at the border since the start of the year, double last year’s total of 24,000.

Undocumented Immigrant: Life in the Shadows

Some migrants do make it—11 million in fact. Two-thirds have lived in the U.S. for 10 years or more. They work in fields, restaurants and packing plants—jobs nobody else wants.

They avoid trouble, own homes, get an education, raise children, pay taxes and have deep roots in their communities. They live a better life than the one they left behind and do not see themselves as lawbreakers.

In his book Illegal – Confessions of an Undocumented Immigrant, author José Ángel N. shares his story, but it is really the story of all the people who live in the shadows. They have escaped from one hell only to be trapped in another one.

They think of America as their country, but America does not think of them as one of their own.