With Thanksgiving just a day or so away, most people are looking forward to a day of feasting, family, and football. Well, the guys may collapse on the couch and watch football but the other 52% of us spend the day cooking and cleaning up. We don’t nap, we work and only collapse on the couch when it’s all over. (Could we have a little help there, guys?) 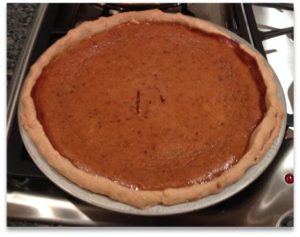 But the feasting, yeah, we like that, too. In the face of so much good food and so many goodies afterward we ladies loosen up our ongoing attempts to drop five more pounds for just one day.

So this seems an odd time to talk about healthy eating. Who wants to think about kale when there are sweet potatoes with marshmallows on the table? Who would turn their noses up at stuffing to chow down on spinach?

Fortunately, we have some good news about superfoods that not only go well with Thanksgiving but have been built into the American Turkey Day menu for some time.

The folks at Cooking Detective have made this easy for us with their comprehensive blog post on 23 Superfoods To Add To Your Diet For A Healthy Life. 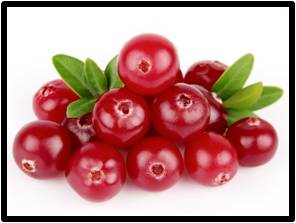 Cranberries, for example, are #20 on the list and pumpkin is #18. I’m not sure how healthy the pumpkin is when it’s baked into a butter crust and slathered with whipped cream but I’m sure going to count it as a superfood on Thursday.

Susanne gave us the scoop on cranberries yesterday, complete with horticulture and recipes. Keep in mind that cranberries, in their natural state are so tart that even the deer won’t eat them—and deer will eat almost anything. So we need to add sugar to make them toothsome. But, still. Superfood.

When it comes to the sweet potatoes, though, I have a work-around that tastes pretty good. My mother put healthy meals on the table back when most people thought soft white air-bread built strong bodies. We never had sweet potatoes on Thanksgiving. Instead we ate a casserole of carrots and rutabaga that tasted much better than it sounds. Really. I’ve updated it a little and the recipe is pretty simple:

Peel and cube an equal amount of carrot and rutabaga (yellow turnip). Peel, core, and cube a small apple. Boil the cubes with a bay leaf and a teaspoon of salt. When the vegetables are soft, drain the water but save it for soup if you make turkey broth. Mash the boiled veggies with salt, pepper, and a couple of pats of butter.

That’s it. Just don’t tell people there’s turnip in the casserole and they will love it—especially the vegetarians around the table. 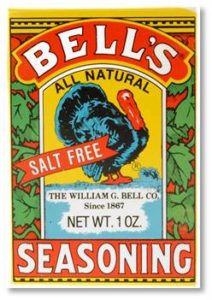 We also didn’t eat bread stuffing, which is a high-carb side dish. Besides Mom always made the most amazing rolls so we had better bread on the table than stuffing any day. (I wish I had a picture. You wouldn’t believe it.)

Instead Mom made French Canadian meat stuffing. Yes, it includes potatoes but is much higher in protein than bread, especially if that stuffing came out of a box. (There is no excuse for this. Bread stuffing is easy enough to make from scratch and has no chemicals or preservatives.)

Dice the onion and sauté in olive oil until golden. Add meat and brown lightly. Drain the fat and add the mashed potatoes, Bell’s Seasoning, salt and pepper.  Mix well together and keep warm until serving.

No, this stuffing variation doesn’t qualify as a superfood—although you can add garlic—but it sure tastes good. Even my daughter, the sometimes-vegetarian, likes this dish on Thanksgiving. Plus, you can put any leftover stuffing into a crust and make a savory meat pie. Or layer it on the bottom of a turkey casserole. 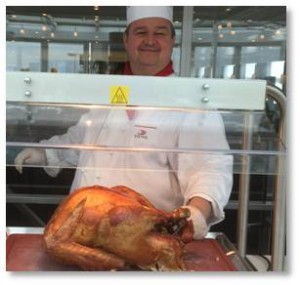 You can add other superfoods to the menu as well, without letting on that you’re making the day healthier. Have oatmeal for breakfast with blueberries and strawberries. Put pistachios and almonds out as snacks before the meal or during the game. Use Greek yogurt in the mashed potatoes instead of cream—or mix it half cream and half yogurt. Make garlicky green beans. Drink green tea with dessert.

So there you have it: how to make your Turkey Day menu just super and a lot healthier. Thank you, Cooking Detective. But I’m still not eating kale or quinoa for Thanksgiving. Just saying!