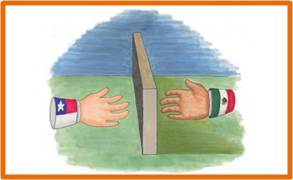 Last week Aline wrote a very thought-provoking post asking if Mexicans are stealing American jobs and I agreed with the points she raised.

This week I am in Mexico for a work-related event, staying in a five-star hotel. I am living on the other side of the border wall, virtual and real, dividing Mexico from the United States. This view offers me a completely different perspective than the one I have from the U.S. side.

The reason for this perspective is the people. They are hard-working and dedicated; poor by American standards. Outside there is poverty unlike anything I will ever know. Aline’s assertion that they perform jobs others would not do in the United States is true.

People move to Cancun knowing the tourist industry offers employment other cities do not. Every morning as I head for a walk on the beach I see an older man with a bucket of paint and a roller. His job is to whitewash the scuff marks off any of the low walls or curbs leading to and from the hotel. Another man is picking up palm fronds that have fallen during the night and two women are wiping down cabanas and sweeping sand.

In Mexico these are honorable and coveted positions. But it’s still not an easy life. Many cross the border (legally) every day to work in the US. Entry-level wages there are well above Mexico’s minimum wage, but they are barely enough to scrape by. There’s an irony here as Americans move over the border to live better for less; commuting back for work.

Outside the Five Stars

On my free afternoon I opt out of snorkeling and head to downtown Cancun and Market 28—a wonderful warren of flea market stalls, bodegas and real Mexican food. There are some serious tourist traps too, but I love poking around and talking to the vendors. In the back is a state-certified shop that sells nothing but tequila. 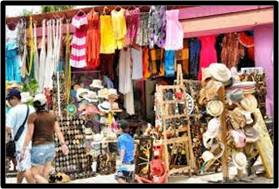 My objective is to buy my husband, a tequila aficionado, an anejo (aged) 100% blue agave unavailable in the U.S. A good anejo is never a shot; there is no salt and no lime. It’s sipped slowly and enjoyed. Tequila is a big industry over here.

All tequila must be made from the Weber Blue species of agave. It takes five to eight years for the pant to mature so production is cyclical. Processing plants use traditional harvesting and production methods handed down through generations.

Tequila is only produced inside the Mexican state of Jalisco and a few bordering municipalities. Any agave-based distilled spirit outside those regions may not be called tequila, and is referred to as Mezcal.

In the shop Alejandro listens as I describe the type of tequila my husband likes.  He brings out several expensive bottles, offers me samples and talks about the brand.  I ask if he has a favorite. He points to a bottle on the shelf, then opens it and offers yet another sample. We talk for over 30 minutes.  Alejandro knows his stuff. Even the best U.S. liquor stores do not offer this kind of service.

It is like this wherever I go. Of course they want my business but they are also warm and welcoming. In the week I am here I do not meet anyone who is not proud of their job, no matter how menial it might seem to us.

Will There be a Border Wall? 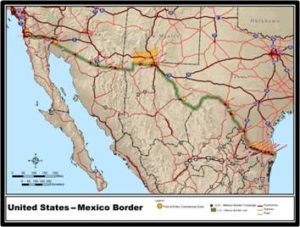 When I ask locals if Donald Trump will build the promised border wall I am surprised at their response. No one seems concerned. They laugh and shake their heads. The strongest reaction I get is a shoulder shrug and assurance this simply won’t happen.

I find myself wondering. The U.S.-Mexico border crosses difficult terrain including the desert and the Rio Grande. The border wall’s purpose is to halt illegal entry and drug trafficking, but it will have economic consequences as well.

The U.S. has spent $7 billion on 700 miles of border fencing in recent years. Trump claims the new border wall will cost around $12 billion. Homeland Security begs to differ, saying replacing or augmenting the current wall will be closer to $25 billion.

Mexican culture and history are deeply intertwined with ours, and unlikely to be altered by politicians or walls. But it can be economically damaging to both sides. 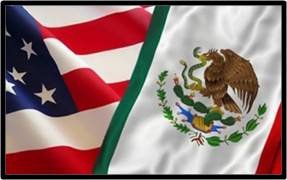 San Ysidro, the U.S. port of entry between Tijuana and San Diego, is the busiest border crossing in the Western Hemisphere. Daily activity includes 50,000 cars and trucks and 25,000 pedestrians; more than the top two U.S. airports combined.

Mexicans legally cross to work at the very jobs Aline referenced. They also attend school; visit family and shop. Americans contribute to the Mexican economy as tourists, vacationing in elegant resorts and frequently crossing to buy cheaper merchandise and medicines. Many chose to live there. Our two countries do close to $600 billion in commerce each year.

It’s a relationship that can be adversarial but when you look in both directions it is symbiotic and benefits both parties. A border wall has two sides—it is never a one-way view.