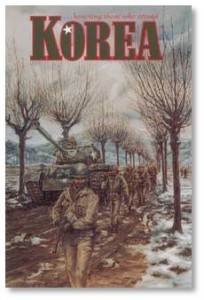 Do you remember civility in politics? I do. In the 1950s and 1960s, people could be passionate about the Korean War (“If your mommy is a commie, then you gotta turn her in,”) the interstate highway system, the Cold War, and the many other topics that occupied most Americans during those years without cursing one another or coming to blows.

Passion and how people expressed it, however, meant something other than than it does today. My late cousin Erwin, for example, moved and shook in Bronx Democratic politics for decades. When he got his teeth into a topic, he would turn red as a beet, spittle flying from his mouth as he fomented his views. If his opponent(s) came as prepared to these conflicts with ideas and principles as he did, it often wound up that both parties, exhausted after combat, would go out to eat or have a couple of beers, and talk about the pennant races.

They both felt they had accomplished something, even if it was only to blow off steam. It never occurred to them, however, to attack their intellectual adversaries with the brickbats of insult or vulgarity, much less physically. These contests of opinions and ideas brooked no ad hominem attacks, although sometimes the participants expressed their vehemence in more creative ways.

For example, in a Wall Street Journal article entitled, “Dissensus: The Spirit of Our Age,” Joseph Epstein described how his father demonstrated the strength of his convictions:

“Like many Jews, my father was an ardent supporter of Franklin Roosevelt. So much so that in the 1930s he wouldn’t allow the then-isolationist Chicago Tribune in the house. My father’s dislike of the paper was so fierce that once, when he had a flat tire in a snowstorm and the driver of a Tribune delivery truck pulled over to help, my father told him to bugger off.” His father told this story to show how “stupid politics can make you.”

Fast forward to the current presidential race. One Republican candidate answers his own question about whether he would bar all Muslims from entering the United States by saying, “You bet your ass I would!” Two other candidates, both sitting U.S. Senators, describe some policies of the current administration as “bullshit.” Note that neither used the more childish, whiny, one-step-removed expression, “I’m calling bullshit!” They stepped up and used the word directly, not in a roundabout fashion. Two commentators on a conservative  television network agreed that the president is a “pussy” for taking a certain stance. 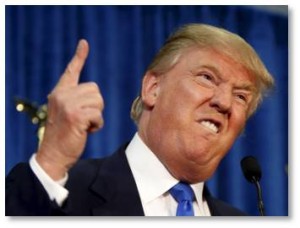 In my opinion, these utterances establish a new low in political discourse, from the Republican Party or anyone else. Certainly, they do not occur in the political discourse of other countries. So, why in ours? There are several reasons:

The Republicans need a way to connect with the audiences it is trying to reach; i.e., people who respond to superficial ideas, black-and-white problem/solution descriptions of global political situations, and love football and guns. After all, the Republicans have no programs, no new initiatives, no experience in dealing with geopolitics and its many leaders (imagine Ted Cruz talking to Vladimir Putin).

Realizing they will lose in a landslide in November 2016, and lacking any substance on issues to change this outcome, they build their campaigns on invective and patriotic appeals.

The Republicans believe that, if they talk like they might in a bar on a Saturday night, someone might actually want to have a beer with them. This was demonstrated on this morning’s CNN Trump phenomenon feature. They gathered “average” people from the metropolitan New York area to explain why they supported Trump, his invective, and his confabulations.

One man said he was a native New Yorker and liked the way Trump called ‘em like he saw ‘em. A woman, thrilled that she could say this on television, spat out that the Democrats “lied. They lied!” she hissed. “I know this for a fact,” she continued, and it was clear you would have to tear this conviction from her cold, dead hands. Other people spoke, too, but the tenor was the same.

None had any specifics on issues or programs or how they had been affected by them, just the feeling that Trump spoke straight from the shoulder and the Democrats “lied.” They abused President Obama insultingly and often. In sum, none of them ever studied; in a debate all they could offer would be strong reactions. It was a sobering display of the lack of judgment and education in a select swath of citizens.

Try to find examples of the Democratic candidates behaving in this fashion. It just wouldn’t occur to them, if only because they have no need of such behaviors to run successful campaigns on the issues. 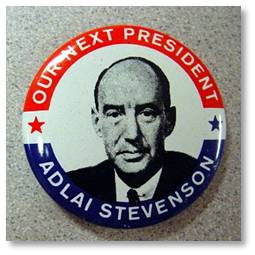 Back in the day, politics could offer fun as well as seriousness, something that is lacking today. During the 1952 first Eisenhower-Stevenson campaign, when I was five years old, I and a friend of mine somehow wandered into a Democratic precinct office on Flatbush Avenue in Brooklyn, about three or four blocks from my house. The local pols recruited us to work. We were to distribute Stevenson flyers while sitting on the back of a truck. We were thrilled!

Here is the fun political part: Just before we went to work, a woman entered the office. To my five-year-old eyes, she was glamorous. She wore a form-fitting red knit dress, the fabric covered from neckline to hemline with Stevenson campaign buttons. That demonstrated both commitment to an important election and a sense of whimsical fun. Can you imagine anyone doing something like that today?