“A woman with a voice is, by definition, a strong woman; but the search to find that voice can be remarkably difficult” ~ Melinda Gates

When I take my last breath, and depart from this earth nobody will say, “She went quietly.” Those of you who know me are doing an eyeball roll. I don’t do anything quietly. 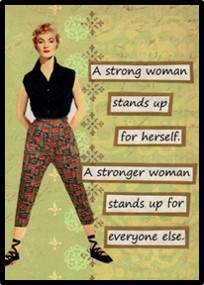 I have been a strong woman all my life. I am the oldest child; so, by definition I come by this trait honestly. I am also a Leo, so I really had no choice. It’s a characteristic I’ve embraced in all aspects of my life: I know who I am and I am never afraid to speak up.

When the media exploded with claims of sexual harassment and people in high places began to fall from grace I was as horrified, but not entirely surprised. Some of these creeps were hiding in plain sight. What shocked me was how wide and deep it was, and how many women had remained afraid and silent.

My admiration for women who found the courage to expose these predators and the organizations that protected them continues. Strong women helped others find their voices and break their silence. People listened and believed.

I knew it happened—but it never happened to me.

I’ve had a rewarding career in the high-tech industry and never experienced sexual harassment. Discrimination and salary compression—you bet!  But I never suffered the horrifying experiences brought to light in recent months.

I have no personal story to tell.  Not once did I receive threats or propositions from anyone with the ability to threaten me or harm my career. My managers were mentors who empowered me to succeed. As I have said many times before, the worst manager I ever had was a woman.

I’ve worked with powerful people; in fact, I still do.  But I have no first-hand experience to share. I am not afraid to speak up, and I call things like I see them. But many women are unwilling or unable to do so.

Women are giving up anonymity to name names and tell their stories. After years of silence, their voices gave weight to an ax that fell swiftly, exposing behavior swept under the rug for decades. Careers have been abruptly and publicly terminated.

These truths became a spotlight that illuminated something women have long known about but rarely shared. They shattered the cone of silence.

My lack of experience does not diminish or demean the horrific experiences these women suffered. My outrage is real; and we have not seen or heard the worst of it.

Inequality in the Workplace 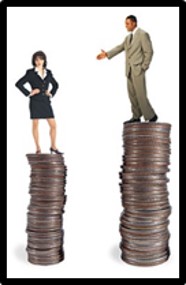 Boston writer Ellen Goodman says, “If women are sleeping their way to top why aren’t more of them there?”

There is an answer here. Corporate America promotes men at a 30% higher rate than women in the early stages of their careers. Gender inequality in the workplace is just as prevalent as harassment and often the basis for it. Women are still treated as second-class citizens when it comes to position and compensation.

Men in power know this, and women mistakenly believe power can be a workaround and a way forward. That’s the power of the power imbalance.

In addition to harassment, inappropriate relationships happen and I saw more than my share. Senior executives and junior level employees became fodder for the rumor mill.  Marriages and careers were destroyed, the losers mostly women without power or position.

In our marketing group an admin became involved with a married senior vice president.  Sexual harassment—no, misconduct—yes.  Attempts at secrecy failed. He was transferred to another group and left his wife for her. She was asked to leave the company. I wondered what happened to them.

Curiosity led me to the internet. He was known in the industry and an academic icon – his name came right up. He passed away several years ago; they had been married for over 30 years.

My early years in the high-tech industry were spent in a company that had over 120 thousand people. I am certain there were cases of harassment and abuse of power. I am equally convinced the company made mistakes in the way they defined and dealt with it; nobody knew where the lines were.

An engineer I worked with was accused of touching a woman on the knee during a meeting. To this day I do not believe it was anything but accidental; however, the woman insisted it was not and the young father was walked out the door. Several weeks later he committed suicide and we saw ourselves on the evening news.

Rules and procedures were quickly added to the employee handbook. Required sexual harassment training was implemented and “specialists” came to staff meetings to discuss what did and did not constitute harassment. But little was done to monitor behavior and enforce policies.

Instead the behavior continued and became an open secret in the workplace, in the entertainment industry, and in government.  Women began to whisper warnings to other women about dangerous men and created an underground list of names.

The initial wave of strong women who came forward was known throughout the entertainment industry and gave gravitas to the claims. This helped more women speak out and the #MeToo campaign, begun over ten years ago, revealed a community of 18 million survivors. 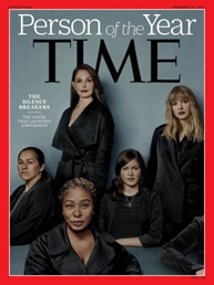 Time magazine named the Silence Breakers as their 2017 Person of the Year. The Whisper Network’s conversations about men who were rumored or known predators became public, with thousands of women contributing new names.

The power of social media groups, forums and online campaigns created public places for women to share their experiences and challenge the assumption that sexual misconduct is an accepted cultural norm.

Strong women have raised their voices to eliminate intimidating, hostile, and offensive work environments and the people that create them. Keep the conversation going; our work has just begun.