“Oh the gift that God would give us to see ourselves as others see us.”  ~ Robert Burns

When it comes to news, I’m a bit of a junkie. I like to know what’s happening, not just in my own country, but worldwide. This is especially important to me when I am working abroad. When I’m not in the United States I’ve noticed I get better news.  It’s global; reported intelligently and without bias.

There are thousands of newspapers across the United States, but most Americans get their news via online media feeds, Facebook, and broadcast media. News outlets like Fox and ABC, CBS and NBC might have the biggest audiences but they’re not the most trusted sources for unbiased reporting.

It’s hard to separate the facts from the ratings game. American news has a tendency to be sensational, and that desensitizes me, especially when it comes to politics. During this very ugly and heated presidential campaign I struggled to watch the debates to their conclusion, and felt my nerves stretched to the breaking point as we reached new lows in campaign dignity.

It was a relief to board the plane for Barcelona and be reminded that it’s a big world out there. It’s not all about us, and U.S. news reported by the foreign press is a reminder of how we look to the rest of the world. Right now it’s not pretty.

The U.S. presidential race isn’t only drawing attention and controversy in the United States –it’s being closely watched and commented on across the globe. 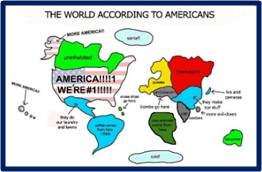 My relief was short lived. I was hoping for a reprieve I did not get. In the foreign press we are stereotyped. At the moment, we are also a spectacle. People tune in for the entertainment value.

American presidential elections have an impact that goes far beyond U.S. national borders, and this election will make history regardless of the outcome. The foreign press coverage is unrelenting. My hotel offered BBC, Bloomberg and CNN International. CNN repeated the final debate 3 times in 24 hours, followed by commentary.

Hillary Clinton is less of a headline that Donald Trump. Women leaders are not news; Female monarchs, presidents, prime ministers and chancellors have proven their political strength.

The media favor Clinton as the more qualified choice for President. Europeans prefer a Democrat (they really liked Bernie Sanders) in the White House because a Republican is too far to the right of their mainstream politics. From a reporting perspective, it was All Donald All the Time. Negative press surrounds Trump because he provides more to report.

How Bad Is It In the Foreign Press?

When compared to U.S. news outlets, foreign press present a harsh objectivity. On the global stage America is a superpower. The new President will have an enormous impact on the rest of the world and the future of the economy.

Foreign leaders and diplomats are publicly expressing alarm about Trump’s inflammatory and insulting public statements. International media wonders how America, the bastion of liberty and freedom, has set such a low campaign bar.

One of my European colleagues makes a fatalistic comparison between Trump and the rise of Hitler and Mussolini, noting the U.S. chose to look the other way. This, more than anything, embarrasses me.

Other Countries Heard From 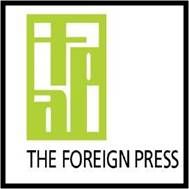 As the election draws to a close the foreign press interest increases with a marked difference in the reporting tone between Clinton and Trump. Media opinion centers on potential political upheaval and the United States’s integrity as represented by the candidates themselves.

Jonathan Kay, Canadian editor of The Walrus: “Naked religious bigotry—of race paranoia, of curdled nostalgia for mythologized “greatness”—is not a face we recognize or appreciate. And once the voting is done on November 8, we hope it is a face that Americans never show to the world again.

Ferial Haffajee, editor, South African City Press : Now the same country that elected Obama seems to be toying with the idea of electing a comb-over king who doesn’t seem to like Muslims and Mexicans very much, leaving some here to wonder what he feels about black Americans and Africans.

Tim Stanley, columnist, Daily Telegraph: Donald Trump. He reminds us of Gordon Gekko, but without the sex appeal. Britons find having money embarrassing and boasting about it nauseating—and The Donald makes matters worse by challenging our multicultural sensitivities. Trump has been criticized by the Prime Minister and members of Parliament even considered banning him from Britain.

Reuters:  Iranian President Hassan Rouhani said on Sunday the choice offered to voters in the U.S. presidential election was between “bad and worse” and that harsh exchanges in the debates pointed to a lack of morality in America.

The last word goes to Britain’s A Point of View: “to outsiders, the US presidential election contest may look rude, vulgar, overcrowded, angry, stupid, and dangerous—and that’s because it is.”

In spite of the reason for all this international negativity, I had the chance to hear real world news. I made a point of searching for it when I got back. My quest for reliable alternative news sources led me to four that will broaden your world view of the news:

We are never perceived by others as we perceive ourselves, but stepping outside our news comfort zone—even for a week—to see America through the eyes of the foreign press is an awakening.