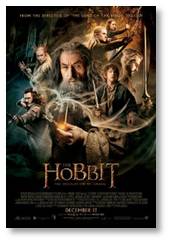 OK, readers, I know many of you have been waiting for this, thinking, “Surely Aline saw The Hobbit: The Desolation of Smaug on opening weekend so why hasn’t she written about it?” Well, we did see it (in 3-D but not high-frame-rate) and we did like it. I haven’t written about it because I’ve been thinking and re-reading what the critics said.

Some of the critics like “The Desolation of Smaug” because they think it moves faster than “An Unexpected Journey” and has more action. Both of those things are true, although I don’t agree that all the action improves the movie.

The Desolation of Smaug Doesn’t Engage

In his Washington Post review, “A Fun Redemption of the Franchise,” Michael O’Sullivan said, “Instead of wasting half the movie, as the first one did, stuck in a claustrophobic hobbit-hole with a bunch of drunken dwarves, ‘Smaug’ opens with a pulse-pounding — and yes, photogenic — chase scene.” I didn’t really mind that time spent in the hobbit-hole because it established so many things that the viewer needed to know—especially a viewer who had not read the book. Action scenes are fun and exciting and they move the plot right along but they seldom make one think. I like thinking.

That’s why a lot of the fast-action escapes and battle scenes in “The Desolation of Smaug” didn’t really engage me. I watched them but I didn’t lean forward in my seat. I’m more interested in the interaction between Legolas and Tauriel, Bilbo’s struggle with himself, and Gandalf’s dawning awareness of rising evil, than I am in barrel riding through the rapids. Yes, that scene is in the book and it’s well done on screen but I felt like I was watching a promotion for the next theme-park ride instead of a critical plot development. Bilbo’s verbal duel with Smaug underneath Mount Erebor, on the other hand, is gripping. 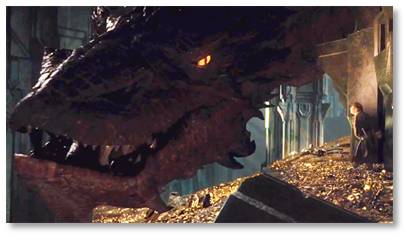 Watching the snarky comments made by The Boston Globe’s Ty Burr on “Hobbit saga takes shape with sequel.” I thought that mundane critics, like him or The New York Post’s Lou Lumenick, should not be allowed to review fantasy movies. If you can’t even read the notes well enough to pronounce the dragon’s name properly, how can you appreciate the rest of Middle Earth? (BTW: It’s Smowg, not Smog) Asking someone who doesn’t “get” fantasy to review these movies is like expecting Sylvester Stallone to write a balanced review of Bridesmaids or Lady GaGa to understand the Fast and Furious franchise.

Other critics either tolerated or deplored the addition of material and new characters to the original story. Neither bothered me. Sure, The Hobbit is a slender volume written for children and not strong enough to support three movies on its own. But what Jackson is doing—and what none of the critics seemed to grasp—is using that book as an armature on which to build the historical events that lead up to The Lord of the Rings.

I also think this is what J.R.R. Tolkien might have done had he written The Hobbit last instead of first. The story simply grew as the plot went ever on and on. It got richer, deeper, and darker with each book. That creation of a complex and compelling story set in a richly imagined world is the great strength of The Lord of the Rings. Jackson is taking the opportunity to do the same thing with the movies. 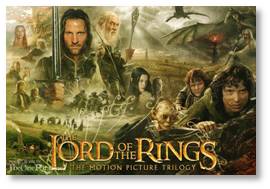 The bottom line on The Desolation of Smaug for me is this: more is better. Nine hours of time spent in Middle Earth is better than three hours. I don’t care whether it’s spent talking in a hobbit-hole, climbing awesome mountains, riding the rapids in barrels or waiting for the moon to rise on Erebor. It’s just better. That’s why 87% of viewers liked “Desolation” on Rotten Tomatoes vs. only 75% of critics. We are not critics or mundane. We loved it and are waiting impatiently for the last movie. I would love it if Peter Jackson and company could move further back in time to The Silmarillion. There’s a lot more material in there but the Tolkien estate is unlikely to approve any more Middle Earth movies.

BTW: In between the first movie and this one, we watched Strikeback Origins on Cinemax, which stars Richard Armitage as a tough-as-nails soldier given impossible assignments in dangerous places. For me, this put a much grittier filter on his depiction of Thorin Oakenshield. Despite Thorin’s occasional self-doubt, he was a soldier who led the dwarves like a future King Under the Mountain should do.