Skip to primary content
Skip to secondary content
This morning I got together with my friend of many years, Janet Taylor.  She is doing the marketing for her father’s invention, The Durand, and occasionally I consult on an informal basis. The Durand is a vintage cork removal device that is designed specifically to remove old or damaged corks from bottles of very good wine. It’s a devilishly clever design that works in four simple steps to get that problem cork out without it crumbling or, worse, falling into the wine. 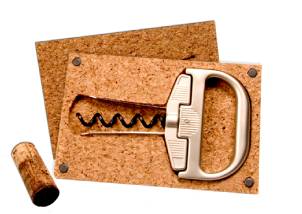 The Durand’s target audience is sommeliers in fine restaurants and wine stewards. It is also used by people who own significant wine collections and invest in excellent vintages. If they ever brought up a case of wine from the Titanic, The Durand would be the tool for the job. Ordinary folks like you and me can make do with a $20 corkscrew.  Although I could be wrong about that. I mentioned The Durand to someone I know who replied, “That costs less than the bottle of wine I ruined last night.”It seems to work well because the reviews and testimonials on the web site are outstanding.  Wine experts recommend its use and sommeliers have been known to buy the device right out of the demonstrator’s hands.

The Sippy Cup PuzzleI thought of The Durand a few weeks ago when my husband was removing the cork from a (non-vintage) bottle of 1997 William Hill Napa Valley Chardonnay. At least, he attempted to do so. Under the ministrations of our $20 corkscrew, the cork crumbled and then broke. Nothing he did could get it out of the bottle, so he finally pushed it in.

I was unwilling to discard such a nice vintage but we also had not yet unpacked any decanters.  So I strained the wine through a fine sieve into the only container I could find—a glass juice bottle—and refrigerated what was left after dinner.
A few days later, my daughter and her family came to visit and see our new home.  When my son-in-law came in the door, he looked frazzled so I poured him a glass of the Chardonnay and put the container on the counter.  We then became engrossed in playing with our two granddaughters.  A couple of hours later, Number One Granddaughter announced that she wanted some juice and her sister perked right up. The two of them toddled off into the kitchen with their grandfather while I sat and talked to my daughter. 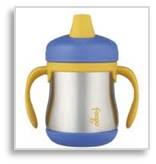 Two minutes later, Number Two Granddaughter, also known as Trouble Baby, came back out with her sippy cup in her hand and a very odd look on her face. I can only describe it as, “I don’t know what this is or why you gave it to me but I don’t like it.” She handed the cup to her mother, who was puzzled as to what her little one wanted. Mom took the cup, unscrewed the cap, checked the contents, made sure the lid was screwed on tightly, and handed it back. Trouble Baby accepted the cup with an expression that said, “Well all right, but I’m still not going to drink it,” and headed back to the kitchen. My daughter said, “That’s odd.  The juice smelled like wine.”“Oh, no!” I exclaimed and ran for the kitchen.  Sure enough, Grandpa, thinking the juice container held apple juice (it was the right color), had filled their sippy cups with Chardonnay. We corrected the mistake before any damage was done and had a good laugh.The moral of the story is to use the right tool for the task. If you have stocked your wine cellar with excellent vintages, follow the experts’ advice and use The Durand.BTW:  I never did get to drink more than one glass from that bottle.