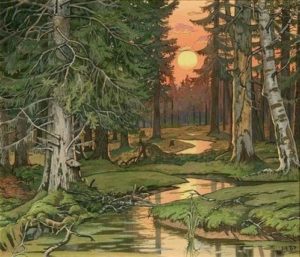 I cut off this part of the story when I submitted “Elf Hill” for publication because I wanted to make it more focused and give it a punchy ending. It worked.

But the story did continue and now you can assuage your curiosity.

If you have not read “Elf Hill” and plan to do so, stop reading here.

The inspiration behind this story came from noticing similarities between accounts given by people who claimed to have been abducted by aliens and fairy tales about the magical place known as the Elves Hill. 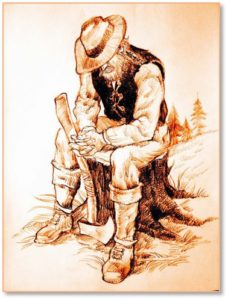 In the fairy tales, Elf Hill appeared and disappeared unpredictably. Its denizens, referred to as elves, were not human and took different shapes. They pulled in unsuspecting humans to join their wild revelry. While some entered Elf Hill willingly, other were drawn in against their will. And a night spent partying with the elven creatures equated to many years of human time.

That temporal relativity really fascinated me. Going into Elf Hill sounded like traveling through space and then returning home to find that many more years had passed than you experienced onboard the space ship. You would be only slightly older while your friends and family on Earth had aged and died.

The King of Elf Hill

In this part of the story I have given the King of Elf Hill a benign purpose. This does not match the experience of “abductees” who report painful experiments and operations without benefit of anesthesia. Some have been warned, however, about the dangers of nuclear weapons and environment destruction so the Elf King’s healthcare mission is not completely unusual.

This painful experiments might explain Harno’s dread of the ship and his wariness of its captain. The “elves” have clearly wiped his memory and yet . . .

Without further ado, here is “Elf Hill: Part 2.”  I hope you enjoy it.