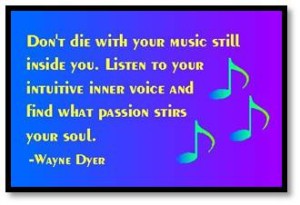 My coming of age was in the mid seventies, which coincided with the introduction of self-help books. This concept revolutionized the theory of self-development. Today young people are empowered to shape their destiny but in the seventies this idea was just coming into its own. Books that focused on humanized psychology were beginning to appear. New Age writings on self-actualization, present-moment thinking and positive self-image were becoming hot topics; their authors New Age heroes.

Back then we didn’t know that men were from Mars and women were stuck on Venus but we did know that women had fewer career choices and opportunities for fast-track promotions and we bought into it. It was still a man’s world.

Two of these books had significant impacts on me and helped me frame life and career choices. The first is What Color is Your Parachute by Dick Bolles. Written in 1970, it has been updated every year and remains one of the most highly regarded and iconic books on career development. It was important because it guided me in developing a professional path and offered straight talk on how to get there.

The second book, Your Erroneous Zones, was written in 1976 by Dr. Wayne Dyer. It was ground-breaking for its time, telling us that we could determine and control our approach to life by eliminating negative thinking and removing self-imposed barriers to our success and happiness.

These books invited us to focus on ourselves. Their authors told us we had a purpose and a path we were meant to walk. They encouraged us to discover our unique gifts—the passions and purpose that defined our dreams—and pursue them. In the words of Dr. Dyer, failure and coming up short only happen when we stop seeking the music that we alone have come here to play.

Remember – this was the seventies. Words like this empowered us because nobody had ever said them before. Like Fox Mulder, we wanted to believe. 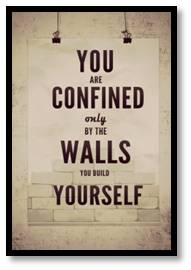 Dr. Dyer had legitimate credentials and no TV show. We had to actually read his books. He had a doctorate in educational counseling from Wayne State University and served as an associate professor at St. John’s University in New York. He felt strongly about the principles of self-discovery and the spiritual aspects of the human experience and he wrote about them in a relatable way. He was ahead of the pack.

Dick Bolles is a graduate of MIT and Harvard, and became an ordained minister after graduation from seminary in New York. He also holds three honorary doctorates. His writings are based on extensive research and solid examples, and keep pace with technology and the employment landscape. His book is the job seeker’s bible.

I’d like to tell you that wisdom from these books descended upon me all at once and I sailed through life self-actualized and living the dream. I did not. But reading them opened the door to possibilities and their ideologies helped me define and work for what I believed in when women were less empowered than we are today.

It was a slow process. At the base of it all is the indisputable reminder that death happens every day. We all end up there. Both authors encouraged me to make the most of the days I am given. When we are young, we believe that number to be infinite, then one day our birthdays are no longer parties but reminders of time passing.

There were dry spells and periods of doubt, and occasionally a step or two or six in the wrong direction. I learned it is perfectly OK to change your mind, your direction and your beliefs and I did all three. I developed faith in my abilities and gradually lost the fear that comes with asking for what you want.

I started my career in education and never felt at home there. One day a neighbor brought me an employment application for a computer company; they hired me and I never looked back. I began to hear my own music.

I love what I do, and have the joy of working with good companies and people. A negative work experience brought home the realization that I never want to do soulless work with mean-spirited people.

There is Music Inside You

Dr. Dyer passed away last week. His death reminded me of, well—him. I had not thought of his books in many years but his passing brought to mind the influence his writing had on me. Would I feel the same inspiration reading his books for the first time at the age I am today? 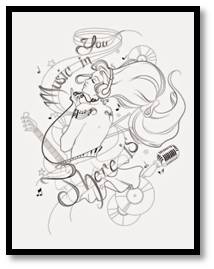 I don’t know for certain but I suspect I would feel regret if I had not listened to the music in my heart; realizing I should have. I would view the passing of time as lost opportunity and joy not realized. Perhaps it’s because I did pursue my passions that I look back fondly on the twenty-something woman reading these books for the first time.

Both men were ahead of their time—writing when the glass ceiling was a brick wall for women entering the workforce. They taught me that we all have the ability to be our own worst enemy. I don’t think self-doubt ever completely disappears, but positive people don’t live into it and create a future based on doubts. Life is not static, and attitude is a decision we get to make every single day.

Dr. Dyer did not leave this world with his music locked inside him. In sharing it, he offered his belief that it’s less about what you do with your life and more about how you live it.