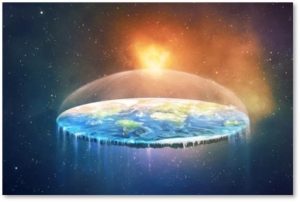 The United States is awash in conspiracy theories. We have theories that are ridiculous and really far-out but that don’t threaten anyone or create havoc. If you want to believe that the Earth is flat, despite photographs from space, or that NASA astronauts never really landed on the moon, you can do so. No harm, no foul.

We also find absurdities that are truly dangerous because they send angry, violent armed men spinning out of control to attack news reporters and pizza parlors with military-style weapons.

Where Conspiracy Theories Come From

Sometimes these conspiracy theories come from books, news articles, call-in radio shows, and TV commentators. At other times, however, they spring up like mushrooms after a rain because, well, they just make more sense than the “official” explanations do.

We have all seen the movies and the TV shows: A really bad dude and his henchmen enter the prison exercise area. The other convicts exchange knowing glances and drift away silently, making sure they are gone when the beating and/or murder occurs.

The unobserved death of Jeffrey Epstein gives us the best example. In this case, Occam’s Razor has more validity than the official explanation.

When I heard that Jeffrey Epstein was dead, my first thought was that someone powerful had pulled strings to make sure that he never testified at a public trial. I didn’t have to hear this from the fervid minds of any so-called expert or rabble rouser. It just made sense.

Clearly, it made sense to millions of other people, as well. Immediately, I began to see and read articles about how and why he was killed. Social media ran rampant.

Occam’s Razor states, in essence, that, “when you have two competing theories that make exactly the same predictions, the simpler one is the better.” When it comes to Jeffrey Epstein’s death, I found it simpler to believe that he had been murdered than to accept that an implausible sequence of events had occurred.

A Cascade of Errors

To believe that Jeffrey Epstein committed suicide, you have to accept eight things that add up to a cascade of highly questionable errors:

This amounts to an unbelievable dereliction of duty on the part of multiple people both in and out of a federal prison. As an armchair medical examiner, I note that his body also displayed petechial hemorrhages caused by loss of oxygen. I want to know whether his body also showed bruising around the ligature mark.

What makes the best conspiracy theory is a discernible pattern of decisions, comments, and events. I, along with millions of others, saw this pattern emerge in the Epstein case. The second step, therefore, was for someone in authority to demand or promise a full investigation of the circumstances.

Thus, steps up Attorney General William Barr, that paragon of objectivity and author of misdirection. The Department of Justice will look into this! No stone will be left un-turned! Except, of course, for the one that hides the culprit. This is the same Department of Justice that is responsible for the prison where all the rules were broken and attention lapsed. So, we can have full confidence in the results.

The next step is identifying scapegoats to take the blame and direct attention away from the man behind the curtain. Enter, the prison guards. With each step, the pattern grows wider and deeper. Only we’re on to them now. Every attempt to hide the truth will only make the conspiracy theory worse. As we learned back during the Nixon administration, the problem is never the crime, it’s the cover-up. 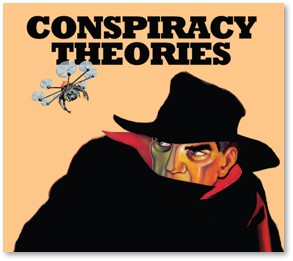 In his excellent article on conspiracy theories, “Jeff Epstein and When to Take Conspiracies Seriously,” New York Times columnist Ross Douthat points out that the tendency to disbelieve conspiracy theories on principle, “can itself become an intellectual mistake, a way to sneer at speculation while ignoring an underlying reality that deserves attention or investigation.”

Millions of people figured out in minutes that Jeffrey Epstein’s “suicide” deserved attention and investigation—and said so loud and clear. The media have now shifted their attention to that hyoid bone’s “sustained, multiple breaks,” and the percentage of breaks in hangings vs strangulations. (Hint: It’s higher in strangulations.)

We await the full medical examiner’s report. We watch the Attorney General’s investigation. And we wonder where Ghislaine Maxwell, Mr. Epstein’s procurer, has disappeared to. The conspiracy thickens. Stay tuned for more.