No. One of the shortest words in the human language and one of the first words we learn to speak. It is easy to understand and crosses foreign barriers; understood in most languages, especially when accompanied by the customary headshake. 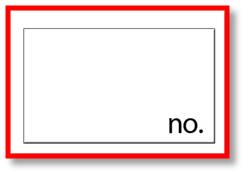 No is a complete sentence. One we speak with ease when we are toddlers. Defiant, determined and confident we’ve been heard. As we grow into adulthood we don’t say no quite so quickly, and eventually fall into the trap of saying yes because we are afraid to say no. It’s a word that has become intimidating to those saying it and those hearing it.

Saying yes all the time is a time suck that adds unnecessary stress to your life. No sets boundaries and removes stress. It’s often misinterpreted as uncooperative or aggressive. When we boldly decline an offer or tell someone we are unable to do what is being asked we risk being seen as negative and even hurtful. We are disappointing someone and the next thing you know a big dose of guilt has landed on your emotional doorstep. That can often be followed by an unwilling yes.

No means no. This was an oft-repeated phrase when we were raising kids, who firmly believe that no means maybe and maybe means yes. It’s a false positive that leaves room for argument. A weak or indecisive no is unfair to both parties.

If we said yes to everything we’d be stuck in an unproductive life. We would be so busy trying to complete all the deliverables we agreed to that we would burn out in a flash with nothing to show for it. I reserve yes for the things I really want to participate in and with the understanding that I can deliver on the commitment.  When I say yes, I am all in. I say no with the same enthusiasm so there is no back pedaling.

I am happier when I can tell someone no and mean it. In the beginning it was hard.  I was afraid people would think less of me, or conclude I could not be depended on. I would say yes when I meant no, because no did not feel like it was an option. 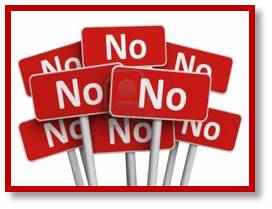 The truth is, the option is always there, we just need to empower ourselves to use it.

Mindfully saying no leaves room to say yes to things you want to do, make room for things you need to do, and a bit of wiggle room to change your mind. No can be used as a deferment to a later time, allowing you the opportunity to step in when time and energy permit, but it needs to be clearly understood to set realistic expectations.

But there is more to saying no that just the word. We are often tempted to clarify our answer, justifying or excusing our decision. This happens when our default answer has become yes. Saying no feels like it requires a lengthy set of explanations to the asker, hoping they won’t think less of you, when you really just wanted to say no.

Saying the word offers economies of scale and defines boundaries in your life.  Everyone benefits from an honest no. You can say it at any time and for any reason, even if the reason is known only to you. It is your personal prerogative.

Being able to say no with conviction says something about you. It becomes an affirmation of responsibility that acknowledges we can’t be influenced by what others want us to do. It gives us permission to take that responsibility into the relationship and risk what will happen. There is strength in no.

Saying yes supports risk-taking, courage, and an open-minded approach to life and that should not be minimized. It opens the door to possibility and sometimes the unknown. On the other hand, no is a powerful single word statement that firmly closes the door between you and the request being made. It’s an authoritative word that can be difficult to deliver. Some of us will do anything to avoid an outright no, preferring instead to be vague and leave the door ajar. Be clear on your meaning.  No can mean never, but it can also mean not right now. 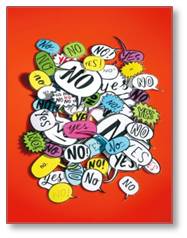 No is easy to confuse with negativity. It is rarely received as a warm communication when we send it. It’s tough to say, in part because we are afraid of how it will be received. We risk conflict, resentment, disappointment and even anger. Some people believe no is simply an invitation to ask again, becoming more persuasive or demanding. It puts us on the defensive.

The word no is a transformational skill all of us need. It’s an ability that evolves through life and will affect us emotionally, spiritually, and even professionally. It offers balance and boundaries that result in being more effective, productive and happy.

How you say the word is just as important as the word itself. Remember that you are turning down a request, not a person. Become someone who says “yes” when you mean it and “no” when you mean it. Make sure both messages are kind, considerate and clearly understood. No is a complete sentence. It requires no justification or explanation.