“If you can’t feed a hundred people, then feed just one” ~ Mother Theresa

I passed him twice a day during my four days in Salt Lake City. Early in the morning, on the seven-block walk to the Salt Palace, he sat huddled on the sidewalk wrapped in dirty blankets with a small brown dog sitting quietly beside him. Nearby were bags filled with everything he owned. 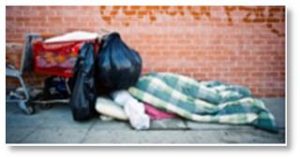 He was by himself and stood out as a stark reminder of our differences. I was staying in a 16th-floor corner suite at the Grand America Hotel. The Grand is Salt Lake City’s premier hotel, built for the 2002 Olympics to house the media and journalists covering the games; it is a five-diamond property, the epitome of elegance and hospitality.

I was there by accident. My original reservation was at the property across the street. I arrived at midnight with a printed confirmation they had no record of, and the manager tried to make it right by walking me over to The Grand and honoring the conference rate. By way of apology, they put me in a suite. It was larger than my dad’s assisted living apartment.

What Do You See?

I walked past him, thinking of my conference and the day ahead of me, when I realized how out of place he looked. He was the only homeless person there. I was suddenly ashamed of my self-absorption. Guilt, pity, altruism and sadness pulled at me. Was it that easy to be that blind?

Once I noticed him I could not look away. It was downtown Salt Lake City, two blocks from Temple Square. Elegant shops, restaurants and financial institutions lined the street and I had just eaten a wonderful breakfast.

I turned into a café and ordered a breakfast sandwich to go. I took the bag, walked over and offered it to him. The hands that reached for the bag were dirty; so were his face and clothes. He was the face of homeless. I could tell he was hungry and grateful for the food.

I thought of him again as I walked through the buffet line that night at the opening reception. I asked one of the waiters if I could take some food with me and he looked the other way while I helped myself to ziti and meatballs, putting them in a plastic bowl and covering it with napkins.

On the walk back I made it a point to look for him; he was still there. I stopped, said good evening and asked if I could leave him something to eat. He let me pet his dog but when I asked his name he said “I’m just an old forgotten solider.” “What war?” I asked; though I knew it must be Vietnam.

For the next two days I stopped in the morning and evening and offered him something nourishing to eat. We chatted and I learned a little more about him. The war was forty years behind him and he was tired and worn down. Like so many other homeless veterans, he had fallen through the cracks of a flawed and overburdened system.

The sidewalk was his home and strangers fed him. He told me he had good food most days and so did his dog. There were doorways and a streetcar line with passenger shelters but he was not permitted to use them. He refused to use the homeless shelters because he was not allowed to bring his dog.

On my last day the seventy degree weather was replaced by a cold front and wet snow began to fall. I thought about taking a taxi since my morning walk would be messy but instead asked the dining room for a ham sandwich and bought Reese’s Peanut Butter Cups (which he loved) in the gift shop. 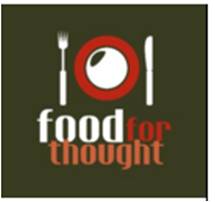 As I began to walk through the slush I hoped he was someplace warm and dry, but he was right there. He was lying down, his arms wrapped around the dog. I thought he was sleeping, but he looked up when he heard my footsteps.

I offered him the sandwich, but he told me he’d been given food earlier and had enough for the day. He asked me to go up the street and around the corner and, “give it to my buddy, the vet in the wheelchair.” I left him the candy, which earned me a smile.

Away from the main street I noticed more homeless men, elderly and wrapped in layers of blankets. Some sat in old lawn chairs, others were using sleeping bags. It was easy to spot his friend, and when I offered him the food I was rewarded with the words, “God bless you, miss.”

The Sound of a Human Heart

Nearly half of them served during the Vietnam era. Two-thirds served our country for at least three years, and one-third were stationed in a war zone. An additional 1.4 million are at high risk due to poverty, lack of support networks, untreated medical conditions and overcrowded or substandard housing.

I could not fix this man’s homelessness, or change the callous disregard of the organizations founded to help men and women like him. But I can never look away again, and in those four days I learned to hear the sound of a human heart. I know I am not responsible for his situation or his choices, but I am forever responsible for how I react to them.