It is a truism that almost any sect, cult, or religion will legislate its creed into law if it acquires the political power to do so. ~ Robert Heinlein 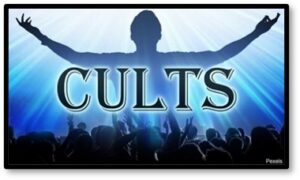 In the English language the word cult carries a derogatory history. Cults have their genesis in any group identifying with negative religious and political alliances.

Defining a cult is more than denouncing their doctrines or practices because we don’t agree with them. The cults I’m referring to endanger an individual’s physical, mental, and emotional health by creating narratives of us versus them. Leaders and members reject healthy debate; the goal is conversion to their way of thinking.

What is a Cult?

A cult is defined as a group or movement exhibiting excessive devotion or dedication to a person, idea, or thing. Leaders employ unethical and calculating techniques of persuasion and control.

Members are characterized by their unquestioning allegiance to a strong, manipulative authority figure. They accept his or her belief system, ideology, and practices as The Only Truth. Cult leaders promote self-centered and destructive behavior by provoking violence and antagonism towards those not supporting their beliefs.

American culture is filled with groups supporting assumptions and practices that are less than positive. Included but not limited to cult culture is religion, racism, white supremacy, politics, socialism, imperialism and radicalism.

Thousands of these groups exist around the world. Sometimes they’re dangerous, and sometimes they’re harmless. Benign cults are never destructive. They don’t harm or injure their followers physically or mentally.

Recent political events elevated discussions of cult behavior into election results and media, prompting me to look deeper into its meaning.

Elements of a Cult 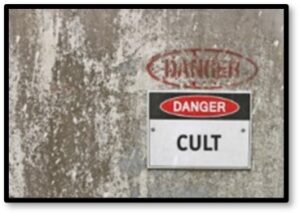 Margaret Sanger, in her book “Cults in Our Midst,,” writes that cult refers to four factors: the origin of the group, the role of the leader; the power structure between the leader and followers; and a coordinated program of persuasion.

The Public Face of a Cult

Leaders who inspire us are important. Good leaders promote policies and programs to improve our lives; but no leader is beyond reproach or above the law. When organizers use their position and influence to exert force or discourage open and critical thinking, cult behavior is born. The leader becomes the face of the cult. 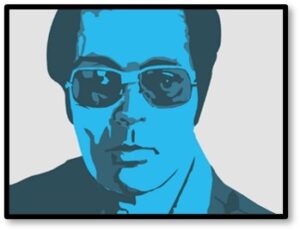 A good example is Jim Jones and The People’s Temple. Followers believed deeply in the community he promoted; a place where everyone was equal and no one worried about food or housing. He sold himself as a visionary building them a new future.

Jones tapped into people’s fears. His manipulation and charisma were powerful enough to lure hundreds of people to a South American jungle, where he cut their ties with the outside world. On November 18, 1978, he convinced more than 900 of his followers to commit mass suicide with cyanide-laced Kool Aid as proof of their loyalty to him.

The reality of today’s world is challenging.  An unchecked pandemic is turning people’s lives upside down and we are a nation divided by political unrest.  Prolonged unemployment, racial discord, death of loved ones, eviction, and hunger make it hard to believe better days are coming.

Cult politicians know this and tap into it. When futures seem uncertain, they prey upon and heighten those fears. Part of what defines a cult is creating an illusion of beliefs, power and control over those desperate for change.

When any religious or political organization promotes propaganda, insults. and hate speech it turns into a cult. The break comes only when members realize predictions and promises made by their leader are not being fulfilled.

Opinions formed through social media and custom news feeds allow us to create our own realities. False truths establish a barrier to alternative ideas, attitudes and perspectives.  When we seek only that which supports what we already believe we forfeit the value of viewpoints that differ from our own. 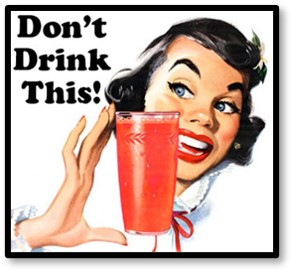 It is important to strive for information as well as affirmation. One is logical, the other is emotional.  Information, or logic, is the language of the conscious mind. Affirmation, or emotion, speaks to the unconscious mind. We need both to make informed decisions.

Our inability to balance these divides us. Red versus Blue. Conservatives versus Liberals. Left versus Right. We risk tunnel vision, seeking affirmation for our beliefs, politics and faith rather than facts. We close out minds to information that helps us learn, evolve and grow.  In a cult, we already know what we want to know.

Considering the cult-like political behavior our country is experiencing it makes sense to look back and ask if history is repeating itself. Who we are tomorrow depends on actions we take today.