Strictly speaking, Emoji isn’t a language but we’ve turned it into one. It’s been adopted worldwide as the norm in text-based communication. With over 800 official characters on multiple platforms, emoji have quickly become recognized icons for image-based messaging. 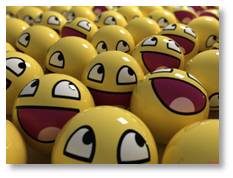 The rise of emoji and their popularity began in Japan, between 1998 and 1999. They were created by Shigetaka Kurita, part of the team working on NTT DoCoMo ‘s i-mode mobile internet platform. He created a set of emoticons built into cell phones that were offered as a promotional bonus to Japanese mobile customers. It also gave NTT an edge in a very competitive market.

Emoji literally means “picture + character” in Japanese, explaining why many emoji are very specific to this culture. Initially there were 180 emotional icons; a bowing businessman, ramen noodles and sushi just to name a few. Today there are thousands of them with multiple variations and meanings.

Who was the first person to use emoticons digitally? Trivia research tells us that Professor Scott Fahlman, a computer scientist at Carnegie Mellon University, used the first emoticon at 11.44 a.m. on the 19th of September 1982, and it was a smiley face with the following character sequence: : – ).

Fahlman posted it on a computer bulletin board and suggested his students use the emoticon to indicate whether or not their posts were intended as jokes. Other rudimentary character sequence emoticons followed (:-/, :D, <3) and were widely used in emails before texting and emoji became so popular.

Emoji is now the accepted visual icon added to text-based messages. They create a range of emotions across language barriers that simplify communication. These little pictures express feelings clearly and transcend the need for words and are understood around the world. Using icons, it’s possible to communicate to a foreigner without speaking a word.  A visual wink or smile is understood in any language—you get the picture.

Text strips out the nuances of communication taken for granted during face-to-face conversations. In spoken communication we hear and see the non-verbal cues that underwrite meaning with gestures, facial expression and tone. 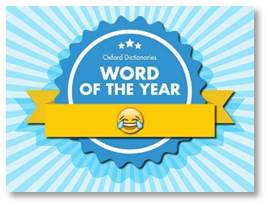 Digital communication is flat. The use of emoji, so readily adopted by Millennials and Generation Zer’s, adds emotion to the texted word. Users claim it makes them better communicators because they can express themselves in a simple graphic. They are visual, varied, creative, colorful and funny. What’s not to like?

We live in a world where technology makes things easy for us. We create shortcuts for just about everything, so why not emotions? The rest of the world agrees. Oxford University Press declared the Face with Tears of Joy emoji the “word of the year.”

The Western world didn’t officially adopt the emoji until 2010 when Unicode, an organization that sets the computing industry standard for encoding messaging platforms, accepted them as the norm. By then they were universally recognized as intuitive forms of communication to enhance emotional expression in digital messages.

Emoji were then incorporated into Apple iOS 5 in 2011 and on Android a few years later, opening the use to tens of millions of iPhone users as well as Google’s Gmail and other online platforms. Today we use them to express our thoughts, our feelings, and most importantly, ourselves.

Is emoji becoming a free-standing language? Maybe. In Emoji Dick (not making this up) each and every sentence of Herman Melville’s classic Moby Dick is shown with its pictogram equivalent. Independent designers have created theme-based icons, including flirtmoji—for people to use when sexting. You’ll need to find that hyperlink on your own but trust me; there are no boundaries in emoji land. 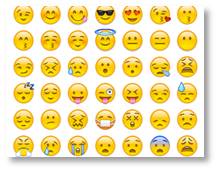 There are two emoji-only social networks and even businesses are embracing emoji. We can use emoji as passwords, order a pizza using an emoji and even give someone the finger—literally—with an emoji. Apple has over 300 racial and gender-diverse emoji and six different skin tones.

Emoji (which is both singular and plural) have taken on a life of their own. These little icons are so prevalent you can now wear them. Emoji apparel and accessories are on everything from underwear to nail art. Can’t get enough? Then you need this emoji keyboard to round out your internet experience.

Image-based languages are nothing new. They can be traced back to 3000 BC, found in the hieroglyphics of ancient Egypt and again in early European and American cave drawings. Pictographic systems have relied on standardized images for identifying everything from people to animals to hazards like icy roads and poison. It is not surprising to find the art of words in pictures has come to the 21st century.

The field of linguistics is all about the use of language, and the incorporation of emoji into our daily communications means we take them seriously. These are significantly more complex visually than their emoticon predecessors but like any communication, they are subject to misinterpretation. Cultural norms play a big role in the meaning of a word or gesture and emoji are no exception.

A symbol means one thing in America and something completely different in Australia—just ask George Bush who learned the two fingered peace sign in the United States is the Australian equivalent of the middle finger. Like any language, we must be mindful of how we use our words and now, our pictures.

It will be difficult for emoji to become a cross-linguistic tool since they don’t transcend linguistic boundaries well, however their widely accepted use may mean it’s more than a passing trend.They’ll be here until the next big thing comes along.

The latest release of Unicode lists almost 900 emoji in their icon library. It won’t be long before a word is worth a thousand pictures.