One of the memes I see popping up on Facebook is the exploration of hidden messages in the new Disney movie Frozen. The film certainly does contain messages and I thought they were pretty obvious. Little did I know what paranoid and suspicious minds can make of a children’s movie.

What I Saw and Heard 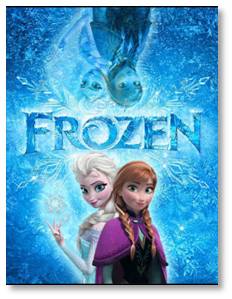 We saw Frozen with our older granddaughter and the three of us enjoyed it a lot. Even its critics acknowledge that Frozen is beautifully animated with an interesting story and wonderful music. I walked out of the theater feeling good because I thought the message in Frozen isn’t hidden. In fact, the messages it held for little girls were:

That all seems pretty positive to me, not to mention innocent. Watching Princess Elsa break out of her self-imposed isolation to defy the suspicions of her subjects and embrace her special power energized me. She embodied all those girls and women who have heard for centuries that they should be a lady, be quiet, be seen and not heard, behave, do what she’s told, obey her father, brother or husband, deny her talents, not go to school and not think. 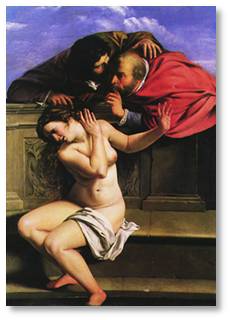 She was like Artemisia Gentileschi insisting on being an artist in Renaissance Italy, Alexandra David-Neel trekking to Tibet in the Eighteenth Century, Marie Curie persisting in being a scientist and Eleanor Roosevelt refusing to be silenced in modern times, along with so many other strong women.

The film’s signature song, “Let it go,” was about rejecting all those restrictive cultural bonds and embracing who you really are. It’s a message that little girls who see the movie seem to be absorbing big time.

Looking for Something Bad

But I guess I was wrong. In her blog, A Well-Behaved Mormon Woman, Kathryn Skaggs insists that Frozen really contains a hidden message to promote “the homosexual agenda.” In fact, she says its true goal is to “allow liberalism to indoctrinate children.”  Pastor Kevin Swanson of Colorado’s Reformation Church calls the movie “very evil” and accuses Disney of being, “one of the most pro-homosexual organisations in the country.”

Ms. Skaggs (@LDSNana) explains it thusly: “If you are seriously clueless as to what I’m talking about then it is imperative, particularly for morally minded parents, that you read this post and open your eyes to the homosexual agenda, and the principles advanced to promote it, that undergird Frozen, which is why it was written for Broadway and will indubitably be a hit – mark my words!” 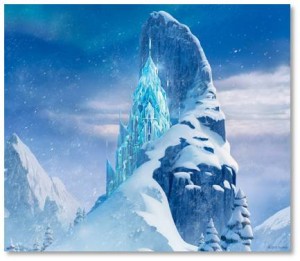 Gee whiz. Who knew? I guess I was seriously clueless. Unfortunately, that paragraph didn’t enlighten me so I kept reading to discover that Ms. Skaggs thinks that Queen Elsa breaks out of the room in which she has isolated herself (aka, the closet) to “let it go” and see what she can do, which means to become a lesbian.

One can, of course, read the lyrics to “Let It Go” from a homosexual perspective if one wishes to do so. You can also find a Satanist message in the Beatles’ “Helter Skelter” if that’s your inclination. I’m willing to bet, however, that an exit survey would show not one little girl left the theater thinking about becoming a lesbian.

The reality is that you can also see many other things as well. In his blog post “Gasp! There ARE Hidden Messages in Disney’s Frozen,” Seth Adam Smith says that he heard a positive message about breaking free of the depression that has haunted him for years. He can also see how someone who has been bullied, abused, or dominated by her parents’ expectations might take heart from the words of “Let It Go.”

Kyle Smith in the New York Post finds “The 7 Wackiest Hidden Meanings in Disney’s ‘Frozen,’” which range from puberty to sexism to Christianity. Wait. What? Can a movie have a strong Christian meaning and a homosexual agenda at the same time? 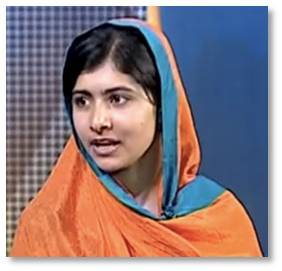 I’m with @rkylesmith on this one. Five or ten years from now, a whole army of young women who saw Frozen as little girls might decide that they’re ready to do what they have the talent, ability, intelligence, inclination, drive, or desire to do and accomplish. Not just what men tell them they can do.

They may not be “well-behaved” like Ms. Skaggs, but they will “test the limits and break through” to be themselves. They will also be strong and proud of who they are . . . and that’s a good thing.

I can only hope that some of those girls and young women will live in other countries where they are second-class citizens at best and property at worst. May it give them the strength to be like Malala Yousafzai and stand up for their rights.

Some girls may indeed use that song to admit to themselves, their families and the world that they are gay. And that’s a good thing because we don’t need future generations of women to live repressed, depressed or suicidal because of the way they were born. I wonder how old Ms.Skaggs and Pastor  Swanson were when they decided to grow up heterosexual. When did she realize that “Today’s the day—gay or straight?” Did he find it a tough decision or have trouble adjusting?

Meanwhile, Frozen has grossed almost $393 million worldwide and is still going strong. Both the movie and the song won Academy Awards. @WSJ calls it, “the highest grossing Disney-produced animated film of all time, not accounting for inflation or re-releases.” It has surpassed even a cultural icon like The Lion King.

So let your prejudices go and feel good about a movie that help girls and women to embrace the way they were born—whatever that it—and go on to greatness.